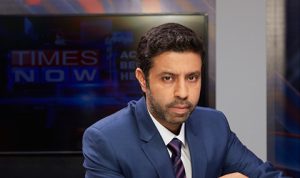 In its bid to outdo its chief rival Republic TV on the patriotism agenda, Times Now tends to plunge into controversies that have little to do with facts or fact checking. Their Arnab-wannabe, Rahul Shivshankar, launched a vitriolic attack on the Indian cricket team (after it had lost to Pakistan, of course) for not wearing black armbands during the Champion’s Trophy final in support of soldiers martyred in Kashmir. The noisy one-hour debate on prime time based its focus on the fact that the Indian hockey team had worn them in their match against Pakistan the same day. If only the channel had bothered to check, they would have discovered that the Inter-national Cricket Council (ICC) rulebook bans players from sporting any slogan on their clothing or accessories which supports a political cause. The International Hockey Federation has no such rule. The TRP race is forcing news channels to opt for friction over fact. 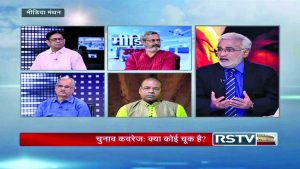 For many viewers, watching Rajya Sabha TV was becoming addictive. For a government-owned channel, it had contracted a star cast of outside anchors for weekly news programs and debates which were independent and objective. They included Siddharth Varadarajan, former Hindu editor and founder of the Wire, MK Venu, ex-editor of the Financial Express, Bharat Bhushan, founder-editor of Mail Today and now Catch News and Govindraj Ethiraj, former editor-in-chief of Bloomberg TV India. There’s a Catch-22 moment that will see their shows being scrapped. It is to do with the election of a new vice-president to replace Hamid Ansari in August. As the chairman of the Rajya Sabha, he also heads Rajya Sabha TV. Mandarins at Mandi House stopped the shows from last week (Varadarajan had stopped on his own some weeks ago), awaiting the next vice-president. 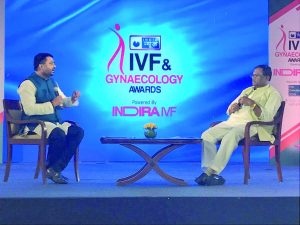 News channels are finding novel ways to attract advertising and sponsorships, and gain political traction. Television award ceremonies have become so commonplace that no one keeps track of them. Virtually every anchor can boast of having won some best news presenter award. But what of awards given for people of the medical profession? Recently India News gave away IVF and Gynecology awards, powered by Indira IVF, at what the PR folks called a “glittering ceremony” at which minister of state for health and family welfare, Faggan Singh Kulaste was the chief guest. They were not the first. Last December ABP gave away its award for India’s best Infertility Clinic!

Ahead of making employees swallow the bitter pill of meagre or no salary hikes, the Hindustan Times management released its dipping revenue figures. In the fourth quarter of last fiscal its publications showed revenue decline of 18-21 percent. The financial report attributed the poor performance to ill-effects of demonetisation “which pinched ad revenues.”As a result, despite cost cutting (read winding up editions and sacking editorial staff) business was not good. Having thus established it had fallen on bad times, the management then gently broke the news of no salary hikes. What’s worse, the prognosis for the group’s business paper Mint is also not bright. Demonetisation blues, it seems, will be felt all of this fiscal.

After the advertising drop post-demonetisation, the biggest blow to the newspaper industry came last week when the apex court ordered to implement the Majithia Wage Board recommendations “in toto” and include payments of journalists and workers hired on contract. Earlier, counsels for newspaper groups had contested the verdict as it would cripple the industry.The Majithia Panel was set up by the UPA government in 2007. To avoid heavy burden some newspapers had put full-time employees on-contract. The latest ruling will impose heavy financial cost on newspapers which is why the news did not feature in many national dailies.