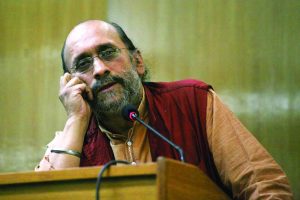 Write against the government or write against friends of the government and you are in trouble. Paranjoy Guha Thakurta, editor of the Economic and Political Weekly (EPW) should know. He was forced to put in his papers on July 18. It was the price he had to pay for running two hard-hitting stories against the powerful and politically connected Adani family. The first of these was published on January 14, 2017 (“Did the Adani Group Evade Rs 1000 crore in Taxes?”). And more recently, on June 24, EPW carried “Modi Government’s Rs 500 crore Bonanza to the Adani Group.” Immediately after that, lawyers of Adani Power Ltd sent a legal notice and demanded “unconditional retraction and removal/deletion” of the two articles or face litigation. The board of Sameeksha Trust, which runs EPW, met in Delhi on July 17 and yielded to the pressure. The “offending” articles have since been removed from the magazine’s website leaving Thakurta with no option but to quit. When contacted by India Legal, Thakurta did not elaborate on why he “resigned” but said he was looking forward to spending more time with his family. But insiders in EPW tell a different story. Apparently, it was the second article which riled the Adanis as well as upset the PMO. Reason: it revealed that rules relating to special economic zones were “tweaked” by the centre to help an Adani Group company profit by Rs 500 crore. Interestingly, Union finance minister Arun Jaitley, commerce and industries minister Nirmala Sitharaman as well as bureaucrats from both ministries were contacted by EPW ahead of publication of the story for their response. They chose to remain silent. 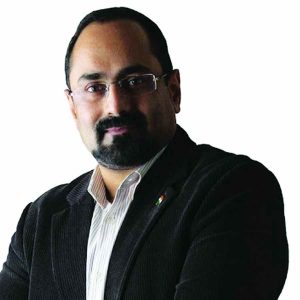 Is Rajya Sabha MP and the NDA’s convenor in Kerala, Rajeev Chandrasekhar, all set to become the Media Moghul of the south? If the buzz in Bangalore is to be believed then that indeed is the case. Chandrasekhar, promoter-in-chief of Republic TV is all set to acquire the Kannada news channel TV9 run by Associated Broadcasting Company Limited (ABCL). Chandrasekhar already owns Asianet in Kerala and the Kannada Prabha newspaper and Suvarna TV channel in Karnataka. The new acquisition, if and when it happens, will certainly broaden his footprint in the south. As for national impact, he has the shrill and patriotic noise of Arnab Goswami on Republic TV. 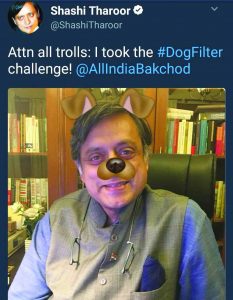 It is often said that our politicians do not have a sense of humour. Well, as a nation, Indians these days are also finding it hard to take a joke. And when that happens, being in the business of comedy is not funny. All India Bhakchod (AIB), a popular comedy act, once again found itself at the receiving end when it used a snapchat dog filter on PM Narendra Modi’s image and captioned it #wanderlust. The Mumbai Police reacted with undue promptness and filed an FIR for defamation and obscenity against AIB. In response to the FIR, Shashi Tharoor and Derek O’Brien took a “#DogFilter challenge,” posting their own pictures using the rogue filter. Social media went into a tizzy commending Tharoor and asking him to try the cow-filter too!

At the end of the day, the lesson to be learnt from the FIR drama is that an unsaid prerequisite to becoming a super-power is all about having a fragile ego. 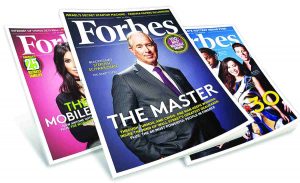 Call it the desperate need to generate government-friendly and momentous news. When Forbes magazine recently released a Gallup survey on its website of select Organisation for Economic Co-operation and Development (OECD) countries, and the confidence they enjoyed among its people, it showed India as having 73 per cent approval. That was enough for Indian newspapers and channels to pronounce that “India tops global index of countries with the most confidence in their government”. It took fake news buster altnews.in all of ten minutes on Google to unravel the truth. In all, 35 OECD countries were surveyed. Of these, Forbes shortlisted only 15 in which India stood on top. This was perhaps done to grab eyeballs in India or for other unknown reasons. The global index this year was jointly topped by Switzerland and Indonesia who both had 80 percent approval. As for the 73 percent that the Modi government registered, it was no better than what it had notched up in 2014. Understandably, no one in the government is complaining about the misinformation spread by the fourth estate. It was after all a “Forbes Pas” by the media that worked to the advantage of the Modi sarkar. Fake news, as we all know, travels faster and wider than the real stuff.