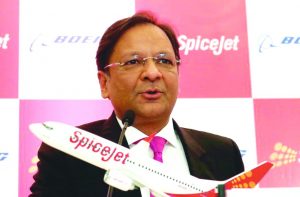 Speculation continues to swirl around NDTV and reports that a change of ownership is on the cards. The Indian Express was the first to report that Spice Jet’s Ajay Singh (see picture) was going to acquire majority stakeholding in the news channel. Since then, NDTV has filed a response to a query by the Mumbai Stock Exchange stating there was no change in the company’s stake holding (founders Prannoy and Radhika Roy own 60 percent). However, insiders say that talks are still on and that the actual bidders are the controversial Gupta brothers from South Africa who are facing considerable heat for their proximity to President Jacob Zuma. The family has invested in different industries in South Africa and also has substantial media interests, including The New Age, a national newspaper, and ANN7, a 24-hour news channel. The Gupta brothers, originally from Saharanpur, are the 7th richest family in South Africa and have powerful political contacts there as well as in their native India.

The Times are Changing 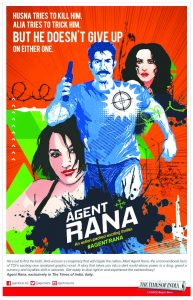 The Times of India, India’s largest media group, is facing something of an identity crisis. It recently did a most uncommon thing for a serious newspaper—a serialised graphic novel starring a James Bond-type Indian spy called Agent Rana on one of its news pages which contains some, well, graphic scenes and dialogue. Now, one irate reader has launched a campaign on Change.org asking the paper to stop the serial. It quotes printed dialogue in Agent Rana, such as: ‘’I will give you the time of your life in bed tonight”, and “Be a gentleman and hold me please…You will not regret it.” The petitioner writes: “My young sons read the newspaper everyday, so do many other children”, and asks readers to sign his petition calling for The Times of India “to stop publishing such sexual content immediately”. Apart from adding such content, the paper is also under fire for removing content. It recently removed from its website a story carried in its Jaipur edition criticising the Narendra Modi government’s Pradhan Mantri Fasal Bima Yojana. The story reported how the scheme, which was hailed as a “safety shield” for farmers, has instead taken them for a ride. The article also reflected poorly on state chief minister Vasundhara Raje and was taken down within hours of its publication.

Less than a month after the murder of Bangalore-based journalist Gauri Lankesh, a Delhi-based journalist has received death threats warning him not to write against the RSS, the BJP and Prime Minister Narendra Modi. Chief reporter of Firstpost, Debobrat Ghose, who covers politics and internal security, has complained to the Delhi police chief. His complaint says he was sent messages on WhatsApp and received calls on his mobile telling him he will face the same fate as Lankesh. The messages were written in Hindi and called Lankesh an “anti-Hindutva and a traitor”. Oddly enough, Firstpost, which is owned by Mukesh Ambani, has so far not carried a story on the threats to its political editor.

The toxic fallout from the abrupt resignation of Hindustan Times editor-in-chief Bobby Ghosh is still spreading. Two other senior employees of the national daily have resigned. They are Vivek Khanna, CEO, Hindustan Media Ventures Ltd and Rahul Bhaduri, CFO (HMV is the parent company). There have been changes on the editorial front as well, with R Sukumar, editor of the HT’s sister pink paper, Mint, taking over as replacement for Ghosh. That leaves the Mint leaderless, and there is a frantic search on for his replacement. More toxic is the news that broke on the Wire about a recent meeting between HT’s chairperson Shobana Bhartia, and the prime minister. HT sources have denied any link between that meeting and the subsequent resignation by Ghosh, but speculation is rife surrounding the abrupt resignation.