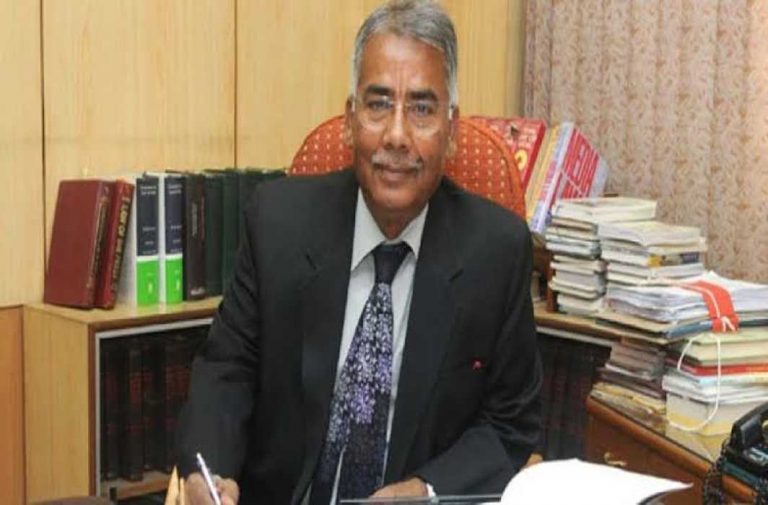 Resentment is rife within the members of the Press Council of India (PCI) against the functioning—and stonewalling—of its chairman, Justice CK Prasad. The key issue is the manner in which he has stalled efforts to send a fact-finding team to J&K. The decision to send a PCI team was taken shortly after the abrogation of Article 370 and the communication freeze and media restrictions.

Three months later, there has been no movement on the proposal, all allegedly thanks to Prasad’s stonewalling. “It is shameful that the team has still not been allowed to go,” Jaishankar Gupta, a PCI member and senior journalist, told The Wire, adding that three attempts were made, all aborted.

The PCI regularly sends fact-finding teams to areas where press freedom is threatened or journalists are under threat. PCI chairman Prasad was recently in the centre of a political storm when he supported the ban on the media and said it was “in the interest of the integrity and sovereignty of the nation”. However, that position was later reversed after members revolted.

Anil Ambani, the beleaguered brother of India’s richest man, Mukesh Ambani, is trigger-happy when it comes to filing court cases against media reports that paint him and his companies in bad light. He filed a slew of defamation cases against Indian media outlets for their reports on his involvement in the Rafale deal but now seems to have decided that discretion is the better part of valour.

Last week, his telecom arm, Reliance Communications (RCom) dropped a defamation lawsuit against the London-based Financial Times. He had sued two of the newspaper’s journalists over reporting the difficulties that his businesses had been facing. Ambani’s case had demanded $1.1 billion in damages. Similarly, his lawsuits against Indian media firms had demanded equally outrageous amounts as compensation—NDTV was sued for Rs 10,000 crore, National Herald was sued for Rs 5,000 crore, and he demanded Rs 6,000 crore in damages from The Wire.

Other cases were filed against The Financial Express, The Week and The Economic Times. However, Ambani later withdrew the suit against National Herald.

The Indian media has lost one of its standard bearers. Gautam Adhikari, who passed away last week, may have been based in Washington, but his heart was very much in India. A former Executive Editor of The Times of India and founding editor of DNA, he wrote occasionally in The Times of India’s op-ed pages but wore other hats, including a stint working for the World Bank as a Senior Consultant and was subsequently Senior Fellow at the Center for American Progress in Washington. He was also Dean of the Times School of Journalism and an author (The Intolerant Indian: Why We Must Rediscover a Liberal Space and Rolling Stones: Selected Writings). Gautam will be missed by his many friends and ex-colleagues in India for his grasp of world affairs, and his gifts as a raconteur and bon vivant. RIP.

The Times Group has announced a curious change in its editorial approach to past events and important anniversaries. In similar edits, The Times of India and its pink sister The Economic Times announced a major departure from past policy. It said: “A question we are often confronted with is: How should we as a paper approach the past, especially historical events and personalities? Anniversaries, in particular, tend to produce a flood of editorial content looking back, chock-a-block with dates and places.” It went on to say that technology has disrupted everything and that endless reams of newsprint devoted to the past don’t necessarily add to the reader’s understanding, adding: “It is this philosophy that will increasingly drive our editorial planning every day, even on the anniversaries of history’s great and good.”

So readers of The Times publications can forget a repeat of the multiple pages on Mahatma Gandhi as was the case this year on his 150th birth anniversary.