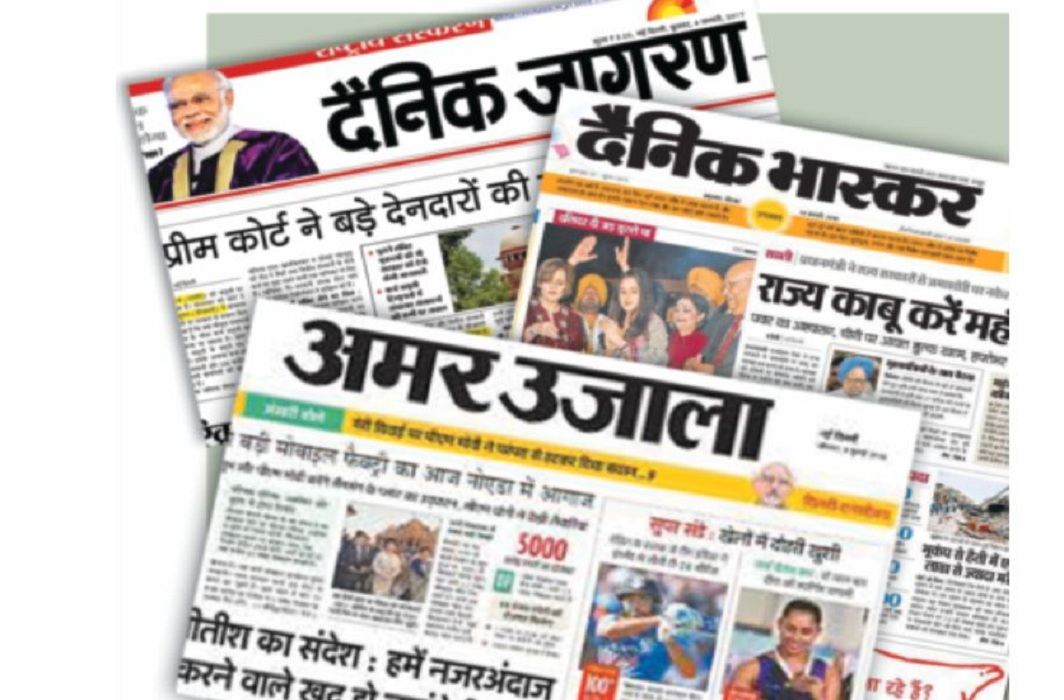 While the media is often critical of monopolies in the corporate world and dynasties in politics, it needs to examine its own house first. A new research project, Media Ownership Monitor (MOM), reveals that in most of the country, the media is dominated by just a few.

For example, in the Hindi media, four Hindi media outlets—Dainik Jagran, Hindustan, Amar Ujala and Dainik Bhaskar—capture 76.45 percent of the readership and the trend extends to the regional media market as well. The data reveals that of the five Tamil newspapers, the top two, Daily Thanthi and Dinakaran, together have a readership share of 66.67 percent. In Andhra Pradesh and Telangana, the newspapers Eenadu and Sakshi account for 71.13 percent of the Telugu language market.

The report also states that this trend has been observed and validated across all regional markets, including Bengali, Oriya, Punjabi, Kannada, Gujarati, Urdu, Marathi and Assamese.

The MOM project, titled “Who owns the media in India?”, was carried out in India by an international non-profit organisation with assistance from Reporters Without Borders (RSF) and the Delhi-based digital media company, DataLEADS. It concluded that while the Indian media market is huge, it is owned and controlled only by a handful, thus establishing a pattern of monopoly. The concentration, it says, is a result of considerable gaps in the regulatory framework to safeguard media pluralism and prevent media concentration. “While Hindi language news is consumed in the north and central India, regional languages take precedence as one goes to the western, northern, eastern and southern parts of the country,” the report states.

The project establishes the fact that ownership structures of almost all major media houses have “highly complicated cross-shareholdings” designed to either hide beneficial owners or circumvent certain laws—or both. It says that a majority of the media companies have business and political affiliations and that the links are more prominent in regional media, which, it says, poses a high risk to media freedom and pluralism in India.

“One means of political leverage can be exerted by rewarding or punishing media outlets through the allocation or non-allocation of advertising by the government,” it adds.

The role and approach of the media during the 2019 election process has come in for harsh but well-deserved criticism by former Chief Election Commissioner SY Quraishi. Following the conclusion of the seven-phase electoral process, he slammed the Indian media for being too soft on the Modi government, stating that instead of “asking tough questions to leaders of the day”, it was “only questioning” the opposition parties. “Normally, the role of the media is to question the government, what they are doing, what they are not doing…  but they (media) were only questioning the Opposition… ‘Why they (opposition parties) didn’t do something 50 years ago?’ Is that what the media should be doing?” Quraishi asked. “It was all sugar and honey talking to leaders of the day. Instead of asking tough questions, they were expressing thanks that they were given time (by leaders),” he said.

He said that “media’s role during the 2019 polls has been problematic and a bit questionable… Couple that with what happened on social media, the 48-hour silence period norms were violated with impunity,” Quraishi alleged.

The silence period made it mandatory for the media to cease reporting on any election-related matter 48 hours before voting day and until polling ended. It was violated with impunity.