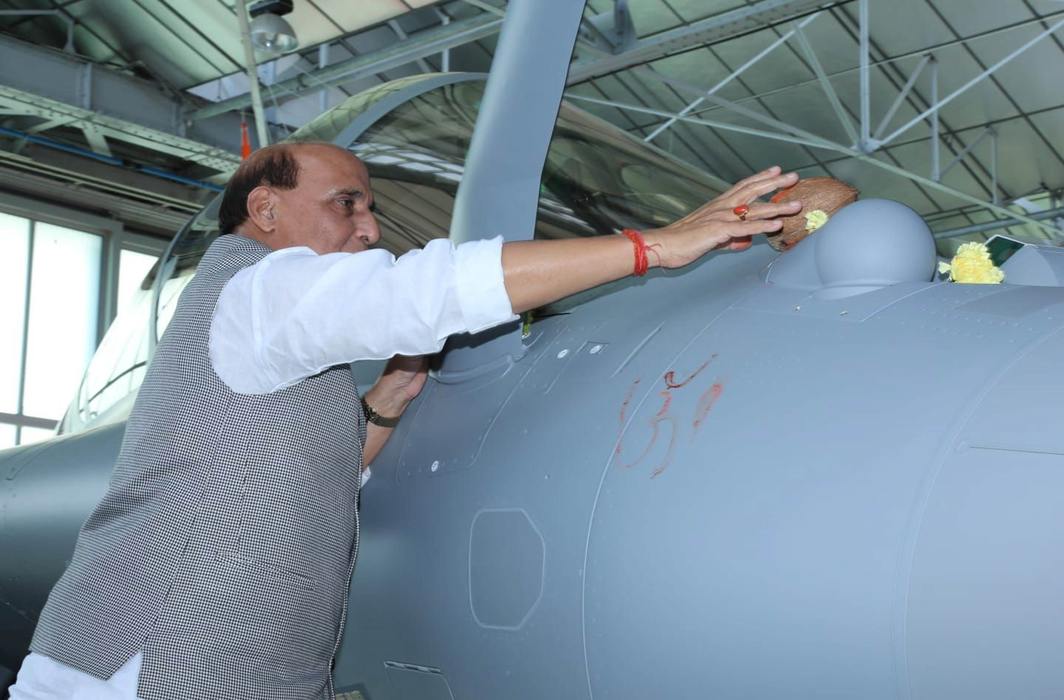 It should have been a huge PR moment—handing over of the first Rafale fighter jet to India’s defence minister, Rajnath Singh, at the Dassault facility in France. Instead, media houses in India had to depend on agency photos and handouts from the French government, or its embassy in New Delhi, for the coverage.

The reason was that the Indian and French governments had jointly agreed to ban independent media outlets from the handover ceremony, because of the controversy kicked up by the deal when PM Modi’s team cancelled the original contract for 126 Rafale jets—to be partly manufactured by HAL— and opted for only 36 in flyaway condition.

Both sides were wary of being asked awkward questions by the media at the ceremony in Merignac, and we were instead fed photos of Rajnath performing puja with coconuts, an “Om” symbol and two lemons placed under the front wheels of the aircraft.

Social media was left in splits over the sight, with many wondering if India had indeed been sold a lemon. This was in sharp contrast to the time when India bought the Mirage 2000 and a huge media contingent was invited to witness the handover at the same facility.

Last week, the Central Board of Film Certification held a workshop to discuss the possibility of censoring online streaming content like Netflix and Amazon Prime. This comes after I&B Minister Prakash Javadekar said a month ago that the ministry was looking at certification of online content. At that time, he had invited comments and recommendations on online content certification.

The Ministry has tried this before. In April 2018, when Smriti Irani was the minister, it had formed a committee to look into regulaton of online media. However, once she was shifted out, the committee was disbanded, without having met even once.

In December 2017, her successor, Rajyavardhan Rathore, had declared in Parliament that the I&B ministry does not regulate paid streaming and video on demand services provided over the internet, and there were enough safeguards available under the IT Act, 2000. Till now, the ministry and the Central Board of Film Certification have held that the regulation of content streamed online falls beyond their jurisdiction. Javadekar’s initiative suggests that the government is still looking at the issue.

Another one bites the dust. Last week, Daily News & Analysis (DNA), the print publication owned by the Zee Group, announced that it was shutting print publication and will now be a digital-only offering. This is the fourth print publication to down shutters in 2019. While the Deccan Chronicle Group-owned Financial Chronicle closed down and merged with the English broadsheet, Mukesh Ambani’s Firstpost also shut shop last January within six months of its launch. Earlier, Mumbai city’s eveninger, The Afternoon Despatch & Courier, also shut down, citing commercial reasons.

DNA’s demise could be part of the restructuring the Zee Group is currently undergoing. The 14-year-old newspaper had already stopped its Delhi and Pune editions and the two remaining editions, from Mumbai and Ahmedabad, closed last week. “In a rapidly evolving market, a very thin line remains between the print and digital. There’s duplicity in print and digital readership and the trend shows that our readers, especially the youngsters, prefer reading on their mobiles rather than in print. Only the medium is changing, not us,” a front-page note by the editor said. The note said DNA was turning digital and sought readers’ support in the “new and challenging phase”. Readers having long-term subscriptions can get a refund, the note said.