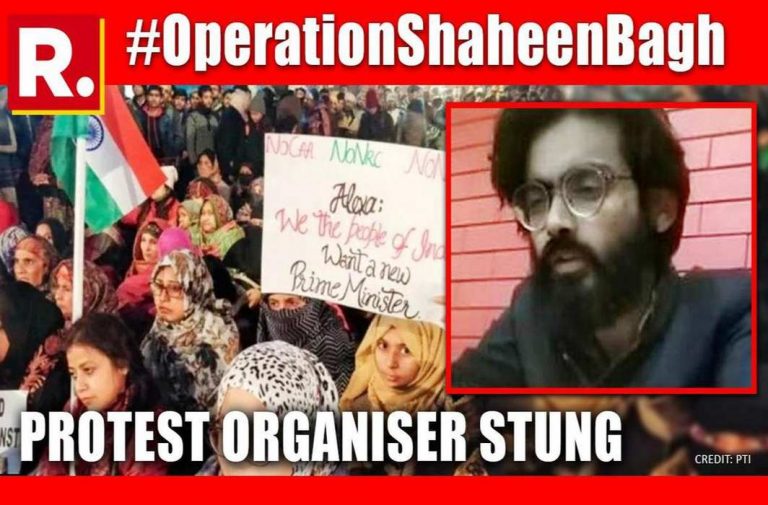 Protests against the CAA and NRC have erupted across the country and in larger numbers, but the one capturing the most attention—and inspiration—is the woman-centric one in Shaheen Bagh in Delhi. That explains why TV channels, which are blatantly pro-government, have been out to discredit them, along with the BJP’s media cell. Now, the women are fighting back by sending legal notices to five TV channels—Republic TV, Zee News,Times Now, TV18 and News Nation, apart from Amit Malviya, head of the ruling party’s IT cell. The legal notice, sent through a senior advocate, demands an apology and Rs 1crore in damages for defamation. They have been sent in the name of two of the women protesters and charged the channels with “making false allegations against the protesters…who are bringing attention of a large number of people…by this extraordinary exercise of Constitutional freedom”.

Gutsy and outspoken about current political and social trends that she felt were harming the country and the Constitution, it was only a matter of time before popular TV anchor Faye D’Souza’s views, in embarrassing divergence from the public stand of her colleagues in the Times Television Group, led to a parting of ways.

Last week, it was confirmed that she had quit hosting her show, “Urban Debate”, on Mirror Now, part of the Times Television network, and has joined an online video platform, Fireworks TV. She is already live on YouTube, with one episode, “Uncle, Are You With Us?” going viral where she talks about the CAA protests and why so many people have chosen to remain silent out of fear. Mumbai-based D’Souza was given the prestigious RedInk Award for “Journalist of the Year” in 2018.

Maybe it was the occasion—journalism awards in the name of legendary newspaper owner Ramnath Goenka—or the fact that they share similar first names, but President Ramnath Kovind had some rarely heard opinions on the freedom of the press and the virus of fake news. Kovind is not given to public speaking, apart from radio addresses and on his foreign visits, but he showed that he is quite tuned in to contemporary media trends when he asserted that “the din of the ‘breaking news syndrome’ has consumed the media” and that “fake news has emerged as a new menace whose purveyors proclaim themselves as journalists and taint the noble profession”. He went on to say that “old-timers would recall the magical touchstone of five Ws and H (what, when, why, where, who and how) whose answers were essential for a story to qualify as a news report”. The president went on to state that today’s journalists tend to wear many hats in the line of duty. “These days, they often assume the role of an investigator, a prosecutor and a judge, all rolled into one,” adding, “Instead of helping promote scientific temper, some run after irrational practices in their search for eyeballs and ratings”. Truer words are rarely spoken.