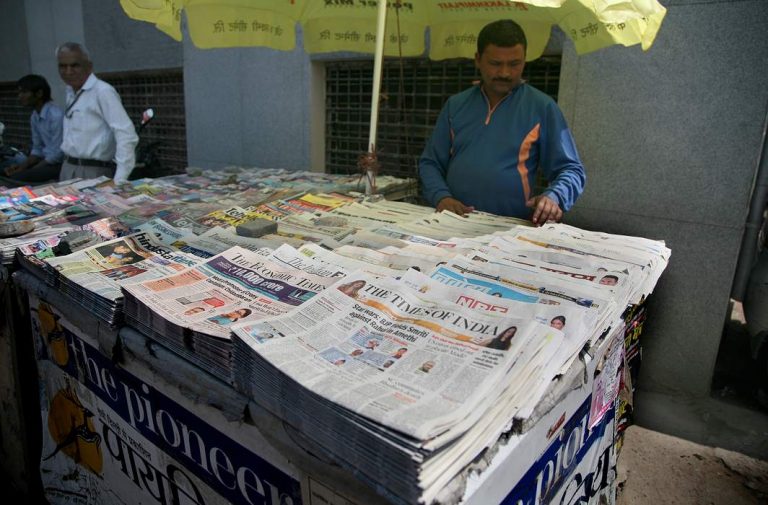 Most independent reactions to the Budget were largely negative but one sector of the Indian media where the champagne glasses were overflowing were those dealing in print publications. Of late, newspaper and magazine owners, who have been hurt badly, thanks to the increasing competition for the advertising pie from digital platforms, were hit by a double whammy in July 2019 when a 10 per cent customs duty on imported newsprint was introduced by the government. A delegation of newspaper owners had petitioned the finance minister and she seems to have reacted positively.

Nirmala Sitharaman’s Budget has reduced the duty to five percent. Industry insiders estimate it could mean a saving of anywhere between Rs 1,500 and Rs 1,700 per tonne of newsprint. The current imported newsprint prices are around Rs 50,000 per tonne and the annual demand is 2.5 million tonnes. The sudden introduction of customs duty was intended to promote domestic paper manufacturers but almost all newspaper/magazine owners use imported newsprint as the local production is only about one million tonne annually and of poor quality.

Click on the AAPFlix app and you get access to a screen that looks suspiciously like the Netflix landing page. The colours are the same and so is the logo, except that an A replaces the N. This was just one of the many digital initiatives launched by the Aam Aadmi Party to use social media like never before in the campaigning for the Delhi elections held last week.

The focus was clearly on wooing millennials and the younger, tech-savvy, first-time voter. AAP also started a video series titled Kejriwal vs Kaun and used films like The Avengers and Black Panther to produce memes, hashtags and other digital innovations.

Social media was dominated by the BJP but it seemed that AAP had beaten them at its own game with huge spends. On Twitter alone, AAP and Kejriwal together have 21.5 million followers and over 81 million on Facebook. Social media, of course, has been the gainer with AAP spending close to Rs 1 crore on campaign-related advertisements alone, apart from its own social media innovations and outreach.

The spread of fake news is now almost as dangerous as the coronavirus. The main cause of its unchecked and rampant spread is social media where anyone can say anything, no matter how divisive and defamatory it may be. The Delhi election campaign alone has seen its negative effects with false accusations and claims being bandied about.

For some in the media, it is actually a boon. Leading national newspapers do not suffer from such biased propaganda, falsehoods and expressions of hate, because of the nature of the medium and traditional checks and balances. What better way to plug the medium?

That is exactly what The Times of India and the Dainik Bhaskar group are doing. They have launched a joint initiative titled Kaun Banega, Kaun Banayega, which is a series of films to highlight the fake news malaise and, incidentally, educate readers on the importance of reading the newspaper.

The Times of India is the country’s leading English language newspaper while the Bhopal-based Dainik Bhaskar occupies the equivalent position in the Hindi-language daily newspaper category. The joint effort by the two leading newspaper groups carries its own clout while also sharing costs.