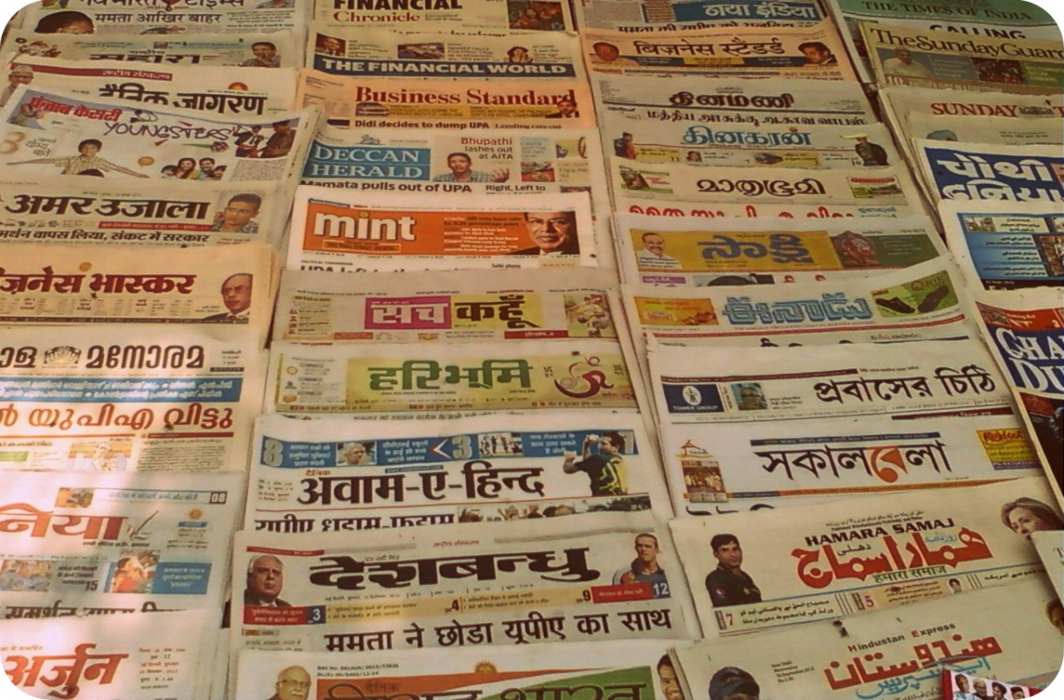 The crucial sectors of the Indian economy which are going through a rough patch are starting to have an impact on the media. The negative fallout is that major advertisers, mainly the auto sector and consumer durables, have cut down on their ad spend as one of the many ways to deal with the headwinds. The sudden fall in ad revenues during the last two months is one of the major reasons why profit margins have squeezed in the media industry as well.

The problem is that many media companies with a national presence had planned for boom time post the 2013 slowdown and with the advent of the Modi government. Consequently, top-level hiring at extravagant salaries had become the norm to handle media expansions and product launches. Even before the current slowdown, media houses were cutting staff and editions, but now the situation is more challenging.

According to one report, advertising spend by auto companies declined by 26 percent in the second quarter of 2019 while major advertisers listed under services went down from 18 percent to 14 percent. The overall indexed growth of ad volumes fell by 7 percent in the first half of 2019 compared to 2018. Much of the media gloom dates to the post-Budget period which did not have any great news for the media as a whole. It is one case where bad news is not selling.

Is the government planning to introduce censor board-type scrutiny for streaming platforms like Netflix and other internet-based offerings which come under the nomenclature of OTT (over the top) media services? Unlike films and television, which have some form of regulation or pre-censorship, OTT platforms like Amazon Prime, YouTube, Netflix, Hotstar and Hulu are relayed directly to subscribers via the internet so there is no official control over content, and this is a worldwide phenomena, not just limited to India.

However, there are ominous signs that the I&B ministry may be wanting to regulate OTT offerings and I&B minister Prakash Javadekar has invited suggestions and recommendations from stakeholders regarding certification of online content, hinting at a probable regulation that can be brought onto OTT platforms which now have acquired a massive reach. The fact is that certification for content on OTT platforms would mean a direct assault on creative freedom and the internet which is a universal tool available to all and ungoverned, thanks to its very nature. There are other ominous signs—a Shiv Sena member has approached the courts with serious objections to “how Hindus are negatively portrayed” in some Netflix series like Sacred Games. Truly, nothing is sacred anymore.

Star World is now trying to cash in on the popularity of Karan Johar’s programme, Koffee with Karan. The leading English entertainment channel will now be broadcasting a new theme called Koffee with Karan Time Machine. Each episode will delve into the show’s archival material and pick on one star who may have appeared on it 15 years ago—yes, that’s how long the show has been on air.

The new-old series starts later this month and plans to recreate nostalgia for stars of yesteryear or the many controversies that have arisen from guests letting down their guard in the face of Karan’s highly skilled grilling, which acquired an edge, thanks to his personal relationships and knowledge of the film industry and its biggest stars.

The Anil Ambani-owned English business news channel BTVI has gone off air with effect from the midnight of August 31. Business Television India informed all its staff members through an email which said: “We sincerely thank everyone for all the hard work that has gone into building our television channel over the past three years.” The shutdown is seen as being connected to Anil Ambani’s corporate crisis and huge and growing debt. In 2012, the junior Ambani had bought stakes in the media company and it was re-branded as Bloomberg TV India. It was relaunched as BTVI in August 2016 after Bloomberg parted ways with Raghav Bahl’s Quintillion Media. The financial crisis of Ambani seems to have been behind the shutdown of the business channel. A few months ago, one floor of the channel’s office in Mumbai was taken back by the landlord due to non-payment of rent.