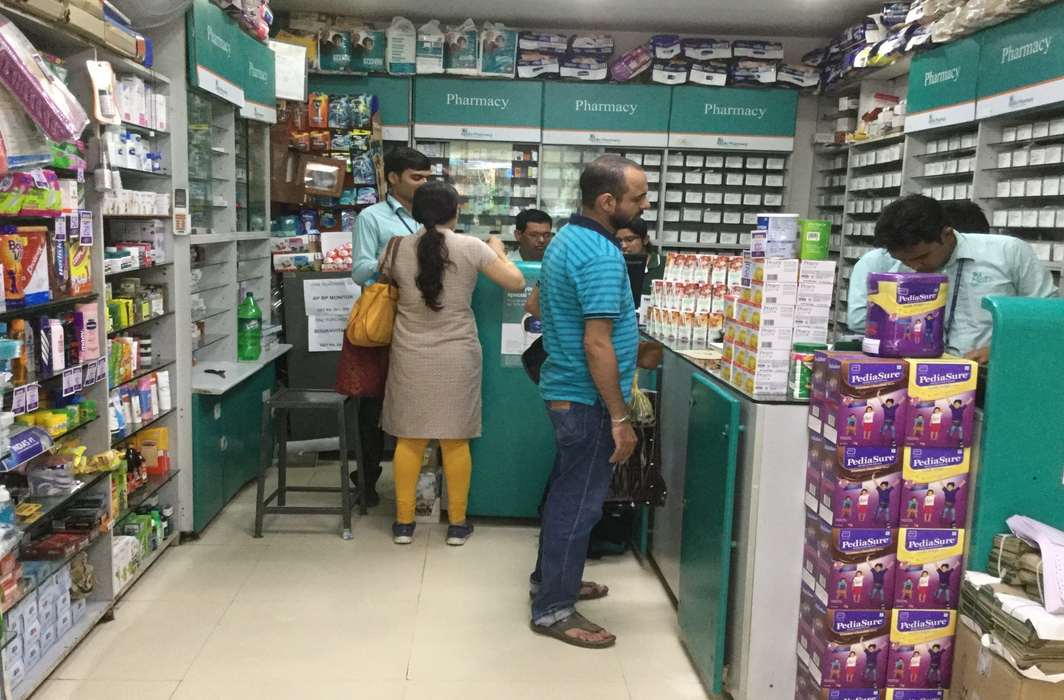 Above: Chemists have a return and refund policy when pharma companies recall their products; pharmaceutical firm GSK has recalled Zinetac tablets 150 mg and 300 mg from the Indian market/Photo: justdial.com

The Drugs and Cosmetics Act has rules for product recalls, complaints and adverse reactions but lacks uniform recall procedure. The government is now drafting new guidelines in this regard

A drug recall is the most effective way to protect the public from a defective or potentially harmful drug. A recall can be voluntary or statutory. Dozens of medications for high blood pressure were recalled over the past several months as federal investigators discovered potentially cancer-causing impurities in them. These common prescription drugs include valsartan, losartan and irbesartan in different combinations and from different manufacturers.

British drugmaker GlaxoSmithKline (GSK) recalled Ranitidine from India a day after the drug regulator asked pharma companies to check their products for carcinogens. GSK made the decision to initiate a voluntary recall of Zinetac tablets 150 mg and 300 mg manufactured in India using API sourced from Saraca Laboratories Ltd. Subsequently, Saraca Laboratories was notified by the European Directorate for the Quality of Medicines that its certificate of suitability for ranitidine hydrochloride had been suspended with immediate effect.

In India, references for drug product recalls, complaints and adverse reactions are mentioned in Paras 27 and 28 of Schedule M and the conditions of licence for defective product recall in Rule 74(j) and Rule 78(i) of the Drugs and Cosmetics Act, 1940. But no effective and uniform recall procedure and guidelines have been formulated yet in India.

The Indian government is now drafting new guidelines to ensure that the drug regulator can effectively recall substandard medicines released in the market. Currently, India has guidelines to recall only biologics and vaccines (non-chemical drugs) if found to be not meeting quality standards.

Pharmaceutical firms manufacturing substandard drugs are supposed to withdraw from sales “all issues already made from that batch/unit”. The Central Drugs Standard Control Organisation (CDSCO) had, in 2017, also published guidelines on recalls and a “rapid alert system” for such drugs. However, enforcement at present is ineffective.

Following recommendations of a sub-committee set up to look into the issue, the Drugs Consultative Committee in its last meeting decided to formulate these rules. The minutes of the meeting on August 20 said: “Further, to protect the public from potential use of Not of Standard Quality (NSQ) drugs after its declaration, the committee recommended that CDSCO shall immediately publish such data/reports on its website for which the state and central drug control authorities shall inform such cases of NSQ to the CDSCO … immediately after such declaration by the government analysts.” CDSCO is India’s central and top drug authority. 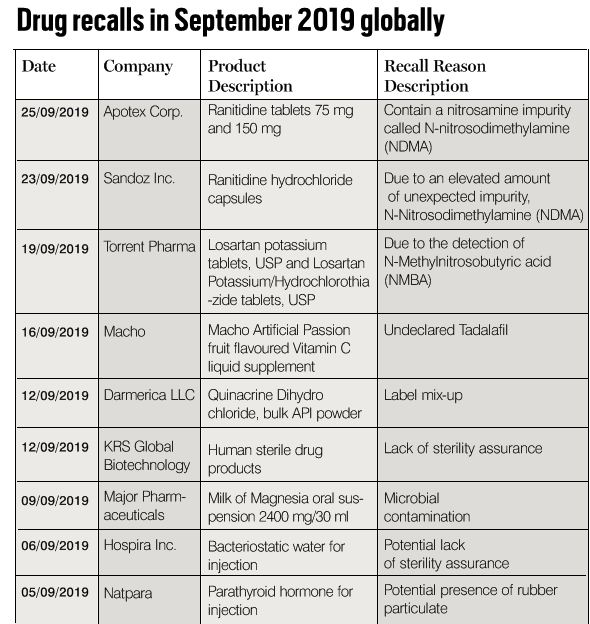 In India, by the time the information of withdrawal of a drug reaches the shop floor, the batch has already been consumed by patients. So while the rules are there, one needs a regulatory framework to enforce them.

Prior to 1962, there was no mechanism in countries to approve drugs before they entered the market. So many dangerous drugs found their way into the marketplace. In 2009, the US Food and Drug Administration reported 1,742 drug recalls. This represented a 309 percent increase over the 426 recalls reported in 2008.

More than 1,000 of the implicated medications were from the same drug repackaging firm. Drug recalls may be conducted on a company’s own initiative or on CDSCO’s request. The regulators’ role in a recall is to oversee a company’s strategy, assess the adequacy of the recall and classify it.

According to the US FDA, a drug recall can be done if it falls under the following categories:

Class I: A dangerous or defective product that could cause serious health problems or death.

Class II: A product that might cause a temporary health problem, or pose a slight threat of a serious nature.

Class III: A product that is unlikely to cause any adverse health reaction but violates FDA labelling or manufacturing laws.

In case of drugs which are not of standard quality, the recommendations of the 39th Drug Consultative Committee guidelines for category A, B and C may be accordingly adopted for Class I, Class II and Class III until further recommendations if any. All banned drugs and products for which licence is suspended or cancelled and which are in circulation shall also be considered to be Class I recalls only.

Recall of a drug can be of two types: Voluntary and statutory recall. The latter can be triggered in response to the direction or mandate by drug regulatory authorities in one or more situations:

A public notification needs to be issued when a product that has been widely distributed or poses a serious health hazard is recalled. If the manufacturing company does not do so, the regulator may do so if it determines that it is necessary to protect patients. Patients may learn of the recall also through their healthcare professional or pharmacist.

Chemists generally have a return and refund policy when a company announces a recall of its products. Generally, Class I recall notifications provide instructions with actions for patients. The regulator needs to evaluate the effectiveness of a recall by evaluating a company’s efforts to properly notify customers and remove the defective product from the market.

As long as fair practices are followed, there is nothing to worry.