The PM CARES Fund, created after the outbreak of Covid-19, has run into controversy due to the lack of transparency about its rules, regulations and donors, leading to filing of RTIs and court petitions. By Srishti Ojha 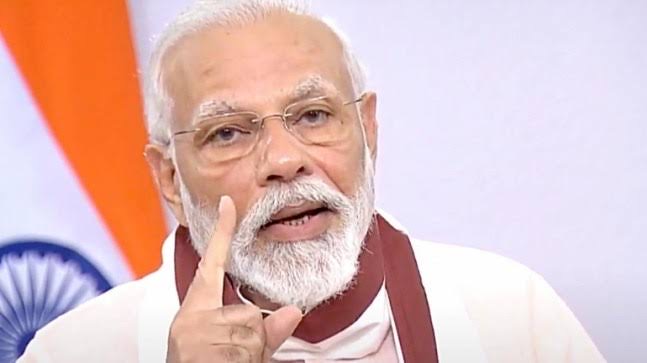 The declaration of Covid-19 as a pandemic, followed by a nationwide lockdown to contain the virus, led to both public and private donations pouring in to help states and people, especially migrant workers, healthcare personnel struggling with insufficient PPE and such other categories. And when on March 28, Prime Minister Narendra Modi announced the creation of a new fund—PM CARES—it received donations from all over the country. However, questions have been asked about the Fund and the need for it, with some even going to court over it.

Congress president Sonia Gandhi had advised Modi to transfer all the money under the PM CARES Fund to the Prime Minister’s National Relief Fund (PMNRF), even as the Nagpur bench of the Bombay High Court issued notices to all trustees of the Fund and the centre to submit details of the amount collected and utilisation of the funds. The Court was hearing a petition filed by a Nagpur-based lawyer, Arvind Waghmare, who wanted the government to declare the amount collected on the government’s website. He also wanted it audited by the Comptroller and Auditor General. However, the centre asked the Court to dismiss the petition.

Incidentally, the PMNRF was established in 1948 to render assistance to the families of those killed in natural calamities like floods, cyclones and earthquakes and victims of major accidents, riots, etc. It consists entirely of public contributions and does not get any budgetary support, and the disbursements are made with the approval of the prime minister.

The PM CARES Fund (Prime Minister’s Citizen Assistance and Relief in Emergency Situations Fund) is an emergency fund set up to provide relief to those affected by the coronavirus and was set up as a public charitable trust with the prime minister as the chairman and the defence, home and finance ministers as members. It receives voluntary contributions from individuals and organisations with no budgetary support. The donations not only qualify for 100 percent exemption under the Income Tax Act, 1961, but are counted as corporate social responsibility expenditure under the Companies Act, 2013. According to the official website of the Fund, it will be audited by one or more qualified independent auditors who will be appointed by the trustees.

What has irked critics is that there was no information about the procedure that was followed prior to the formation of the Trust. This includes a trust deed stating the objects, rules and regulations of the Trust and the trustees.

The trust deed of the PM CARES Fund, according to which a trustee is supposed to manage its properties, was not released in the public domain. Following this, people filed petitions before courts and RTI applications.

Even the PMNRF has not been without controversy. In 2018, a division bench of the Delhi High Court heard a petition on whether the PMNRF was a public authority under the RTI Act and liable to disclose the information to applicants. Justice Ravindra Bhat stated that it was a public authority, while Justice Sunil Gaur did not agree. The case was then sent to the acting chief justice of the Court and is still pending.

An RTI application by advocate Abhay Gupta on April 1, 2020, also asked for details of the PM CARES Fund, including the total amount deposited in it in the last two months, PAN details given to open the account, the amount spent from it and those who had deposited the highest amount till date. However, he received a reply on May 29 that the Fund was not a public authority, and therefore, the information asked cannot be given. It further said that relevant information on the Fund can be accessed on its website—pm cares.gov.in. However, the fact is that if the Fund was not a public authority under Section 2(h) of the RTI Act, it would not come under the ambit of the RTI Act and details regarding it would not be claimed by citizens under the Act.

The same response was received by another RTI applicant, Harsha Kandukuri, a student of LLM in Azim Premji University at Bengaluru. Her RTI application on April 1 sought details regarding the constitution of the PM CARES Fund and asked for copies of the trust deed of the Fund and all government orders, notifications and circulars related to its formation.

According to provisions of Section 2(h) of the RTI Act, a “public authority” is defined as any authority or body or institution of self-government established or constituted—

(a) by or under the Constitution

(b) by any other law made by Parliament

(c) by any other law made by State Legislature

(d) by notification issued or order made by the appropriate government.

According to the RTI Act, only such information which is held by or under the control of any public authority can be accessed by the general public through RTI.

It is also surprising that a Fund which has the PM as the ex officio chairman and is created and run by four cabinet ministers in their ex officio capacities is stated not to be a public authority. They represent the government in their respective positions.

In an unprecedented situation such as Covid-19, creating a fund in national interest would have been laudable if it had a transparent approach and there was total disclosure of information. Those who have donated money to the Fund have a right to know how much has been collected, how it has been used and who are the recipients. It is time that the government comes clean on the Fund so that the faith of people is restored and transparency ensured.