A bench led by Chairman Justice A. K. Goel hearing the application filed by Vivek Tyagi alleging contamination of ground water in areas of Niwari town.

Niwari town is 20 Kms from Ghaziabad and is adjacent to Upper Ganga Canal, which is on the west side of town. There are two ponds in the town of Niwari. It has open municipal drains which  carry  the  waste  water  of  the  entire  town  but  the same  has  no  exit,  because  of  which,  the  said  drains overflow. It is alleged by Petitioner that Nagar Panchayat, Niwari has illegally  opened  the  municipal  drains  into  the  said  two ponds  thereby  polluting  the  same,  which  is  also resulting in contamination of the ground water and now the ground water  found  at  30-40  feet  is  not  fit  for  any  purpose.    Not only this, even some municipal garbage generated from the town is being dumped in the said two ponds, which is threatening the existence of these water bodies.

The counsel for the respondent submitted that as far as compliance is concerned, it has been complied with and composting plants are in working condition. Whereas, the counsel for the Petitioner argued before the court that he himself has visited the place 5 days back and had found no difference in the situation of the pond and has also sent the photographs to the respondent’s counsel on Whatsapp.

NGT Chairman directed all the counsels to visit the Pond in Niwari and come up with suggestions for the bench to take necessary further action. The court also mentioned that the bench trusts the counsels and being an officer of the court there suggestions will be relied upon. 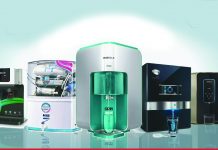