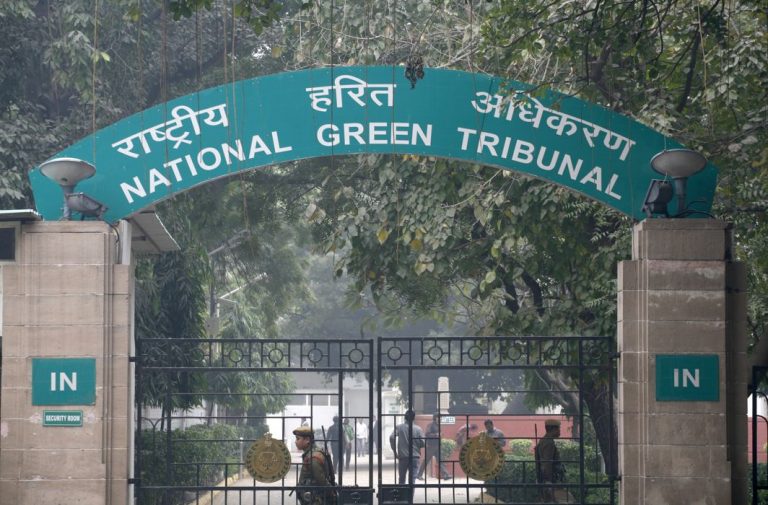 The Principal Bench of the National Green Tribunal today reproached the Uttar Pradesh Government for submitting a deficient report in the matter of industries illegally operating in residential areas of Uttar Pradesh, more specifically the polluting units at Mathura city and Jai Sing Pura/Guar Kendra, which were earlier directed by the Supreme Court to be shifted out to industrial areas.

Chaired by Justice Adarsh Kr Goel, the bench in Gopeshwar Nath Chaturvedi vs. UP Pollution Control Board & Ors said the report lacked clarity, and needed corrections. The compliance of the industrial units also needed to be assessed. Overall the report has to be more ‘elaborative’ and ‘self-explanatory’.

The Tribunal said the issue of industries operating in rampant violation of court orders can be handled only by stern action of the agencies authorized to enforce environmental norms – the Central and State Pollution Control Boards. They must ensure ‘remedial measures, including the regime for recovering compensation/damages on ‘polluter pays’ principle, apart from other coercive measures’.

The Tribunal had earlier noted that despite the District Magistrate declining ‘Consent to Operate’ to the illegally operating units and disconnection of electricity and water supply, ‘certain units continue to operate in violation of the undertaking given and continue to discharge untreated effluents through open storm water drain. They also include red category units using cyanide based technology which was prohibited… the illegal units manage to operate in the night or in a concealed manner.’

The Tribunal observed: “it is the responsibility of the statutory authorities entrusted with the enforcement of law to devise appropriate strategies and not just to presume that secret violation of law cannot be checked and plead failure. The law enforcement agency has to endeavour to be a step ahead of the law violators. The actions taken have to be meaningful and stringent in such a situation having regard to the potential adverse effect on the health of the citizens by the polluting activities.”