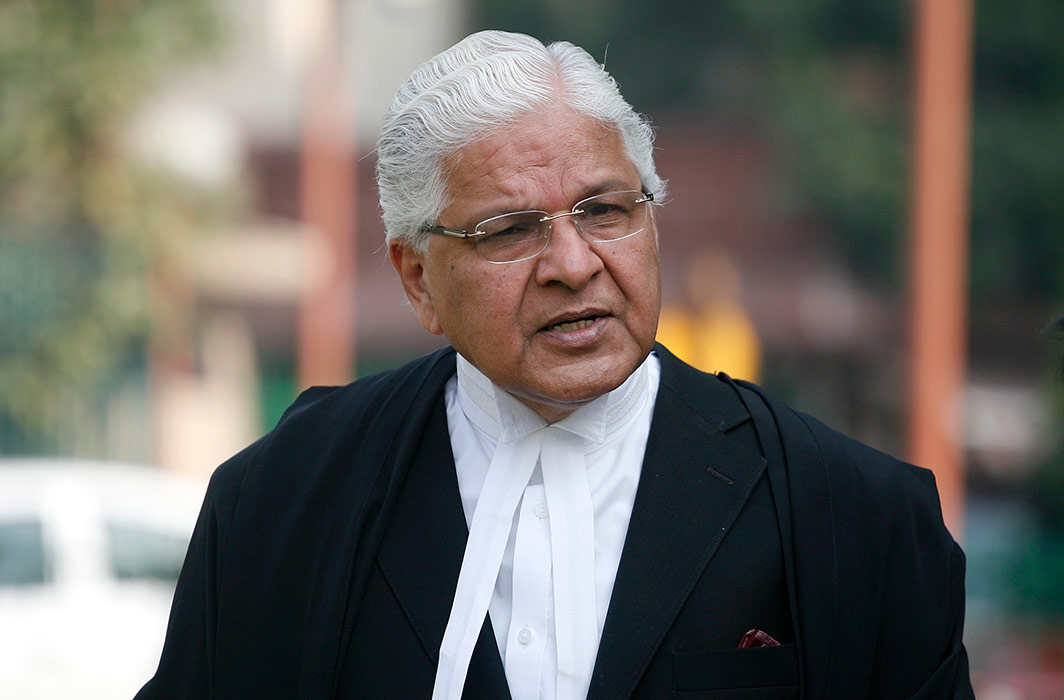 Reprimanding Kumar for suggesting that the court was impatient with hearing him, Chief Justice Ranjan Gogoi gave him entire day to present his case

Dispelling the notion that he has little patience for hearing long-winding, often repetitive arguments, in a case, Chief Justice Ranjan Gogoi, on Wednesday (February 13), gave senior advocate and former law minister Ashwani Kumar almost the entire time scheduled for the day’s proceedings to present his case.

Kumar has moved a petition before the court seeking directions to the Centre for enacting a law, in line with India’s status as a signatory to a corresponding UN Convention, to prevent custodial torture, police inaction and atrocities on prison inmates.

Attorney General KK Venugopal, appearing for the Centre, informed the court that a status report on the issues red flagged by Kumar in his petition had not been filed as yet despite court orders to the effect because detailed responses sought from the States and Union Territories on the subject had been received by the Centre only on February 11.

Beginning his submissions before the bench, also comprising Justices Dinesh Maheshwari and Sanjeev Khanna, Kumar said India is among only seven nations who have signed the UN convention (on prison reforms, custodial torture, etc.) but that there was still no law to back up its commitments.

A former law minister himself and a leader of the Congress party, Kumar urged the court to direct the Centre for enacting a law that would adequately address the concerns raised in his petition.

Kumar’s suggestion triggered an immediate response from Attorney General Venugopal who informed the bench that while the Centre was readily assisting him by cooperating with in the case, “directing the Parliament to enact a law is beyond the powers of this court”.

The Chief Justice then pointed out to Kumar that his petition does not elucidate the comprehensive directions he wants the court to pass under Article 142 pending the legislation he is demanding.

Possibly sensing that the bench was about to adjourn the case, Kumar said: “I have not been given a chance to present my case.”

The comment triggered an instant reprimand from the Chief Justice, who said: “Everybody seems to have this problem lately. Don’t remind us of our duties. There are thousands of cases begging answers. It is very easy to stand that side and complain that you don’t know what it feels like to be on this side (sic). We will discharge the entire board (a judicial term referring to the day’s listings before a bench of the court) and will hear just you.”

Taking a swipe at the Congress leader, the Chief Justice said: “We will pass a writ today saying the government should keep its constitutional promise… What do you want to show to the world? Supreme Court of India passing such directions at the instance of a former law minister (sic).”

The Chief Justice then told Kumar that the court was inclined to hear him at length to “compensate for all those times when the issue has not been given considerable attention.”

Kumar then proceeded with his submissions, stating that custodial torture as a crime had not been defined under Indian criminal law. He contended that his petition was “not an adversarial litigation” and that “nobody is opposing the need of prevention of torture” but insisted that “in order to ratify the international convention, we must have a comprehensive law.”

The senior advocate claimed that prayers in his petition were within the limits of the Union List and wondered whether “to upkeep an international treaty, do we really need a concurrence of the States who say we do not need such a law.”

Kumar told the court that successive reports by a parliamentary select committee, the National Human Rights Commission, judicial, legislative, bureaucratic as well as diplomatic resource papers favour a comprehensive law and that “jurisprudence of this court clinches in my favour… it does not permit ambiguity”.

He informed the Bench further that “in order to ratify the UN Convention, Prevention of Torture Bill was introduced in Lok Sabha in 2010”, but that it failed to become a law.

Attorney General Venugopal contested Kumar’s claim that the law, as sought by him, doesn’t need concurrence of the States and union territories. “States are required to be included before amending any provision of the IPC or CrPC,” Venugopal told the court.

Appearing before the bench, senior advocate Colin Gonsalves, the amicus curiae in the case, told the court that on five occasions India had assured the UN that it would ratify the convention at the earliest and that these assurances went on for nearly six years without any concrete action by the Indian government to prove its stated commitment.

The Chief Justice, however, interrupted Gonsalves to remind him: “You’re an amicus, don’t forget your role… you can’t pick sides.”

Gonsalves insisted that India needed to catch up with the world on addressing the issues raised by the petitioner and in light of the UN Convention.

Kumar then submitted before the bench that its Nagraj verdict had outlined that “human dignity is construed as inseparable from an individual”, and urged the Attorney General to not find reasons to prevent his prayers in the petition from being implemented.

Gonsalves then told the Court, that the Executive has the power to ratify the UN Convention “whether in the absence or presence of a law.”