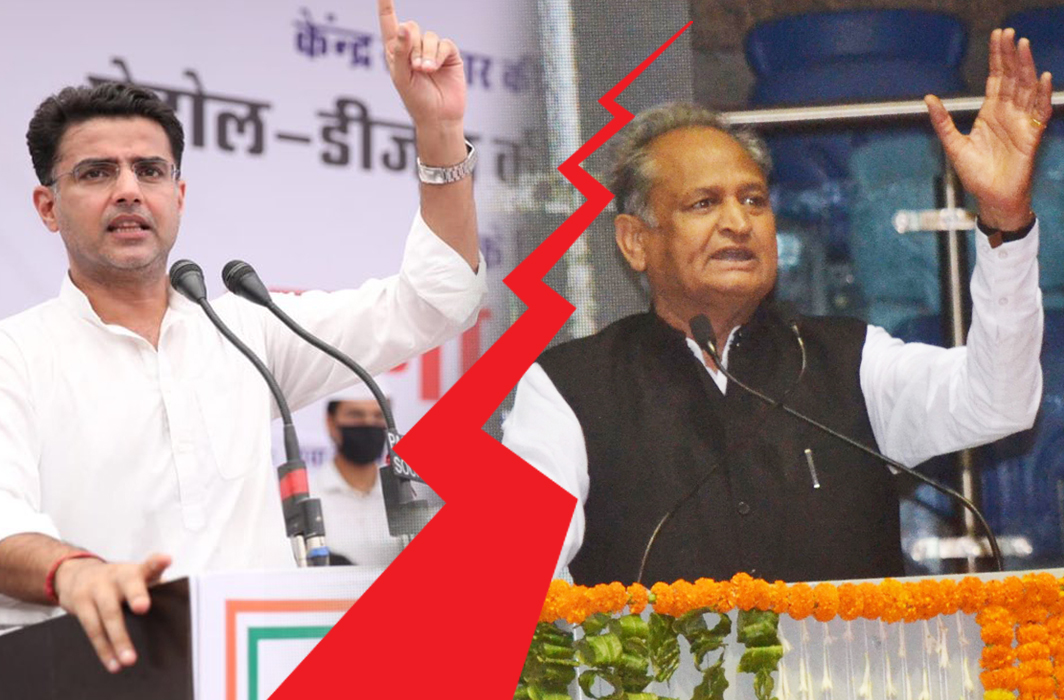 Yesterday (July 17) Congress spokesperson Randeep Singh Surjewala told the media that there were audio recordings of horse trading deals being made in the fiasco that has hit the Rajasthan government. Reacting to that, two FIRs had been filed by Rajasthan’s Police’s Special Operations Group under IPC sections 124-A (sedition) and 120-B (conspiracy). The FIRs named BJP leader and Union minister Gajendra Singh Shekhawat and one Sanjay Jain (a businessman, said to be the middleman) in the conspiracy. Later Jain was arrested.

That was yesterday. This morning, the BJP lashed out at this, demanding to know if phones of state leaders in Rajasthan are being illegally tapped. The BJP has now demanded a CBI enquiry into these ‘revelations’ by Congress.

BJP spokesperson Sambit Patra told newsmen: “Is phone tapping not a legal issue? Were the standard procedures laid down followed for phone tapping? The chief minister should answer if the state machinery was misused and if there is a veiled emergency in the state.”

Expectedly, all allegations made by the Congress have been refuted by the BJP. Patra said: “Our morality is crystal clear and we work as per the Constitution. Which is why we want a CBI probe.”

He asked a few questions:

“1. Was phone tapping done? The Congress govt in Rajasthan must answer.

“2. Is it not a sensitive and legal issue, if phone tapping has been done?

“3. Assuming that you’ve tapped phones, was the SOP followed? The people of Rajasthan want to know whether their privacy has been compromised.

“4. Did the Congress govt in Rajasthan use unconstitutional ways to save themselves when they found themselves cornered?

“5. Is phone of any person who is related to politics is being tapped?”