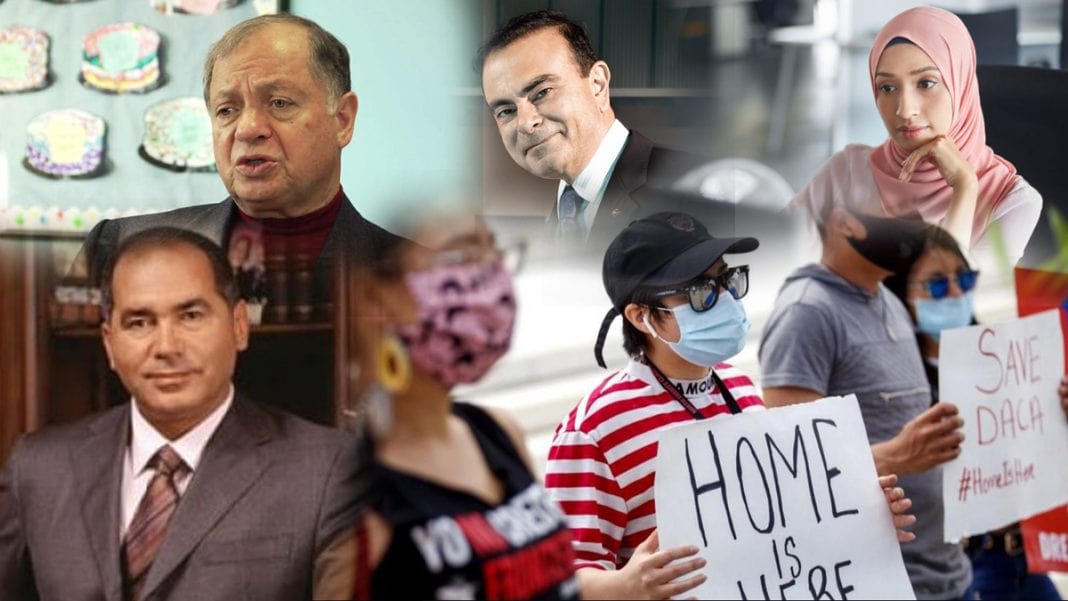 THE “DREAMS” programme, instituted by former US president Barack Obama in 2012 as the Deferred Action for Childhood Arrivals (DACA) programme, has been termed illegal by a federal court of that country. That puts at risk the lives of around 7,00,000 people, who had been brought to the country as children when their parents illegally entered the United States. New applicants have been blocked by this order. These children have now been declared undocumented citizens. Most of these children have not known any other country but the United States as their home and through this court order they are, possibly, suddenly Stateless.

Judge Andrew Hanen of the United States District Court in Houston said Obama exceeded his authority when he instituted DACA by an executive order. He said that the ruling did not require the Department of Homeland Security or Department of Justice to “take any immigration, deportation, or criminal action against any DACA recipient, applicant, or any other individual that it would not otherwise take”.

IRANIAN-AMERICAN aviation tycoon Farhad Azima can now sue international law firm Dechert LLP for hacking into his email account and leaking his personal information on BitTorrent sites. This permission was given recently by the Chancery Division of the High Court of Justice of England and Wales.

Azima’s allegation was serious. He said Dechert had illegally hired hackers from two Indian companies to steal privileged information about his business and this had led to a London judge holding him liable for defrauding the sovereign wealth fund of UAE’s Ras Al Khaimah emirate.

While a trial court had ordered Azima to pay $4.1 million in compensation to the Ras Al Khaimah Investment Authority (RAKIA) in May 2020, Azima claims that RAKIA based its case on materials stolen by mercenary hackers from two Indian companies, BellTroX InfoTech Services and CyberRoot Risk Advisory.

IN ONE of the biggest di­vorce settlements, Russian billionaire Farkhad Akhmedov has agreed to pay his former wife Tatiana Akhmedova £454 million ($625 million), as awarded by London’s High Court in 2016. This completes years of legal wrangling in which Akhmedova unsuccessfully tried to seize a 115m super-yacht owned by Farkhad through courts in Dubai. Despite the publicised settlement figure, how much Akhmedova will actually receive is unclear. Her spokesperson has been quoted as saying: “This was never about a figure, but a husband honouring his commitment to his family”.

According to The Times newspaper Akhmedova would receive around £150 million pounds, which would also have to cover her legal costs.

JAPAN HAS zeroed in on two American citizens to charge for the escape of former Nissan chairman Carlos Ghosn. Ghosn, who was facing trial for financial misconduct, was smuggled out of Japan in a box. He remains a fugitive, as far as Japan is concerned. Ghosn has maintained that he is innocent.

A court in Tokyo has now sentenced Michael Taylor, a US military veteran and his son Peter to prison for helping Ghosn escape. The jail term for Michael is two years, while that for his son is one year and eight months. The two have apologised for their “crime”.

Hideo Nirei, the chief judge, has been quoted as saying: “This case enabled Ghosn, a defendant of serious crime, to escape overseas. One year and a half has passed, but there is no prospect of the trial being held.”

Ghosn, an icon in the car manufacturing industry, had allegedly understated his compensation to enrich himself at his employers’ expense.

AS THE European Court of Justice (ECJ) in Luxembourg allows companies to ban its employees from wearing headscarves under “certain conditions”, Turkey has hit out, saying it was a sign of rising Islamophobia.

A Turkish foreign ministry statement said: “At a time when Islamophobia, racism, and the poison of hatred, which took Europe hostage, are on the rise, the ECJ’s decision not only ignores freedom of religion but also provides a basis and legal cover for discrimination.”

The court ruling followed appeals by two Muslim women in Germany who had been suspended from their workplaces after they started wearing headscarves at work. The court said the company can justify this by its logic that it wanted to present a neutral image.