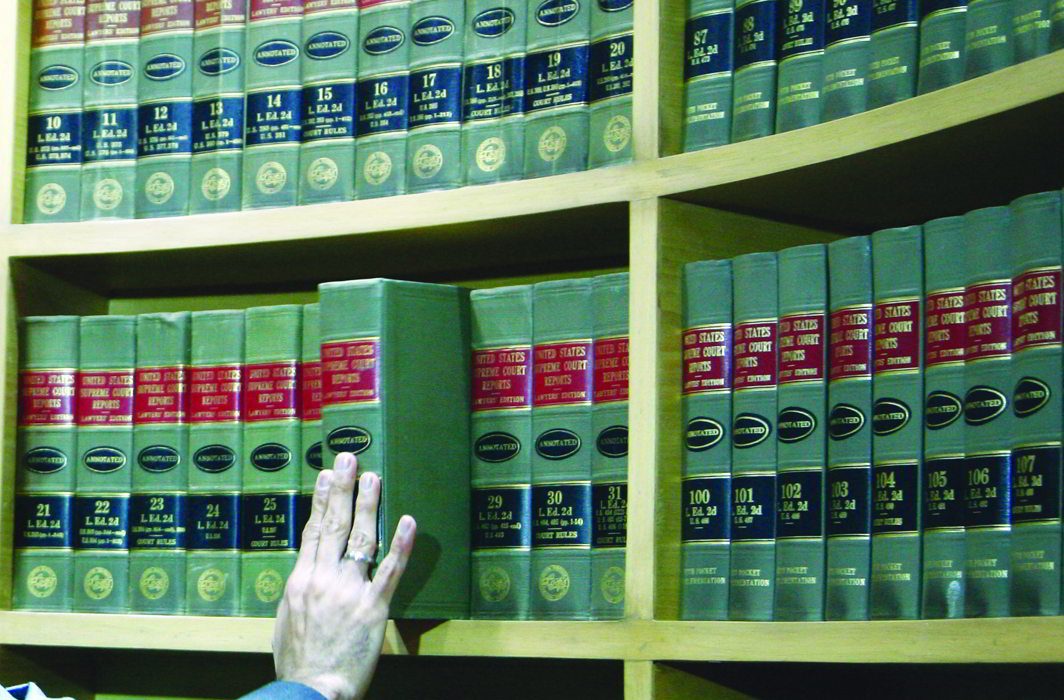 The Winter Session of Parliament will see some long-delayed action, as states respond to the centre’s appeal to move fast on repealing or amending outdated laws

“Some of the laws in our books are laughable. Others have no place in a modern and democratic India.’’

One of the many promises made by prime ministerial candidate Narendra Modi during the 2014 Lok Sabha election campaign related to the radical spring cleaning of outdated laws. His commitment was that for every new bill passed by his government, if elected, it would repeal 10 redundant ones. He pledged that during his first 100 days in office, he would get rid of 100 redundant laws. He has kept his promise. The Modi government tabled The Repealing and Amending Bill which has recommended the revision of 36 obsolete laws.

The law ministry has identified a further 1,094 laws which can be repealed. It plans to introduce a fresh bill in the winter session of Parliament which will tackle many obsolete laws that are in the statute books of various states. Under a push from the law ministry, the states, especially BJP-ruled ones, are looking to eliminate laws that have outlived their usefulness.

The politics behind this is to show that the Modi government keeps its promises. A total of 287 obsolete laws are on the chopping block following directions given by the Law Commission report.

Speaking to India Legal, NJ Jamadar, secretary, law, Maharashtra, said: “This is an ongoing process. There are countless laws and acts which modern techniques and science have made redundant. We are considering the recommendations made by the state law commissions and then going ahead.”

Apart from the central statutes, some states have their own peculiar and obsolete acts that can no longer be enforced since the conditions to which they apply have ceased to exist. Sample this: The Bengal Ghatwali Act, 1859, in Bihar, enacted by the British to empower the holders of the so-called Ghatwali lands in Birbhum district extending beyond the period of possession. Another, of similar vintage, designates that the toll tax for boats ferrying passengers across the Ganga (a popular mode of mass transport then) should not cross two annas. Similarly, the Sarai Act of 1867 made it mandatory for hotels to offer complimentary drinking water to passers-by. There are other useless acts that have been identified. There is a rush to repeal them now.

Apart from the Centre, the Law Commission has played a major role in pushing for a repeal of the outmoded statutes. In 2012, it undertook a suo motu project on “Identification of Obsolete Laws”. A comprehensive report on the subject was submitted in 2014 by retired Justice AP Shah. The Commission has submitted various reports identifying a number of obsolete laws. Its 18th and 81st Reports recommended the repeal of colonial laws. The 18th Report sought to repeal the “Converts Marriage Dissolution Act” and the 81st Report recommended the repeal of “Hindu Widows Remarriage Act”.

Other governments have acted on the issue. In 1998, the Centre appointed the PC Jain Commission which gave its report in September 1998 identifying a large body of laws for the purpose of repeal. The Commission found that 253 laws, despite having been recommended for repeal in earlier reports, remained in the statute books. Now, however, there is a discernible urgency in the law ministry to get cracking on the issue. However, it will have to wait until December because of the Gujarat polls which have delayed the winter session of parliament. Highly placed sources in the law ministry speak of the introduction of a fresh bill to repeal obsolete laws in various sectors. Because of that, the pace of review in many states has gone up.

There are hundreds of acts in the statute books that are bizarre, ridiculous and no longer relevant

The Treasure Trove Act of 1878 Any currency notes found on Indian soil have to be reported to the Revenue Officer.

The Indian Aircraft Act of 1934 This considers a kite to be an aircraft, thus making it necessary to get a permit to fly one. This law has never been followed and needs to be repealed.

The Indian Motor Vehicles Act of 1914 An inspector in Andhra Pradesh must have well-brushed teeth, and will be disqualified if he has a pigeon chest, knock-knees, flat feet and hammer toes.

The Dramatic Performances Act of 1876 The Act empowers the state government to prohibit performances that are scandalous, defamatory or likely to excite feelings of disaffection. Disobeying such prohibitions attracts penalties. It was enacted during the colonial era and extensively used to curb nationalist sentiments propagated through dramatic performances. It has no place in a modern democratic society. States like Delhi and West Bengal have repealed it.

The Lepers Act of 1898 The Act provided for the segregation and medical treatment of pauper lepers. This law is completely out of sync with the modern understanding of the disease and its treatment. The Act is violative of Article 14 of the Constitution because it legalises forcible segregation of people affected by leprosy.

The Bengal District Act of 1836 This Act gives power to create new zilas. It shall be lawful to create new zilas in any part of West Bengal. The Act was to be in force throughout the former province of Bengal, except the Scheduled Districts.

Sheriffs’ Fees Act of 1852 This deals with the remuneration of the Sheriffs of Calcutta, Madras and Bombay.

Uttar Pradesh, Bihar, Maharashtra, West Bengal, Odisha and Madhya Pradesh have already identified lesser and unused laws. They are looking at laws that have not been applied or used in the past 25 years. Umesh Kumar, law secretary, Uttar Pradesh, told India Legal: “We have looked at 1,800 laws and acts that have not been in use for long. The concerned departments have been involved in ensuring that there should not be any discrepancy. So far, whatever we have identified is more than two decades old and has not been used for decades.”

Some state law commissions have submitted reports on this. Most BJP-ruled states are ready with their lists while others are completing theirs. Speaking to India Legal, the Law Secretary, Bihar, Surendra Prasad Sharma, said: “We are conducting meetings every third Thursday of the week to review the usage of the existing set of laws in various fields.” Union Law Minister Ravi Shankar Prasad has said that there is a need to ensure that redundant laws like the Bengal District Act, which dates back to 1836, Bengal Bonded Warehouse Association Act, 1838, Sheriffs’ Fees Act, 1852, Dramatic Performances Act, 1876, are repealed to meet the demands of modern times (see box).

The urgency comes from the top, with the prime minister having a personal stake. His government had formed a committee headed by R Ramanujam, secretary, PMO, to reassess unused laws and acts. It is also re-examining recommendations made by an earlier committee on the subject during former prime minister Atal Bihari Vajpayee’s tenure. In fact, some of the outdated laws can be used to harass or prosecute people if some official or state organ chooses to do so.

Says Abani Sahu, a Supreme Court lawyer: “Under the Aircraft Act, 1934, you need a government licence even to fly a kite. Similarly, hotels could be hauled up under the Sarai Act of 1867 if they don’t offer free water to passers-by. And factories can also face action if they don’t keep red painted sand buckets. Repealing obsolete laws will certainly help the government to earn some brownie points.”