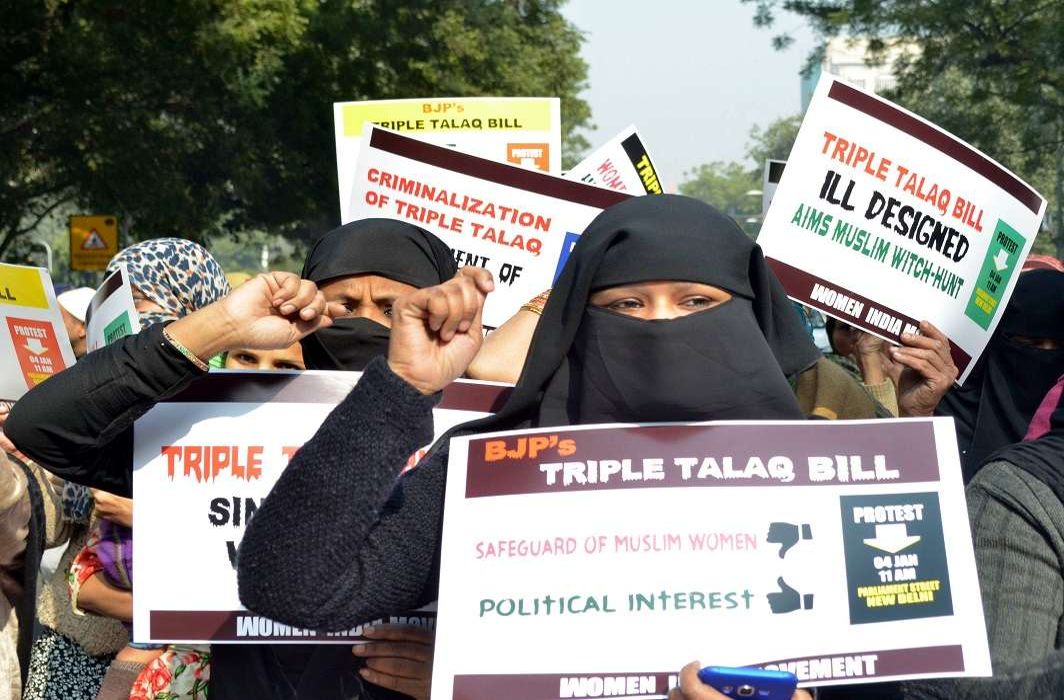 The Rajya Sabha was today adjourned until Wednesday following still resistance put up by the opposition parties  to the Triple Talaq Bill that seeks to criminalise the practice of instant divorce among Muslims with a provision of three-year jail term for the erring husband.

The Leader of Opposition, Ghulam Nabi Azad of the Congress said that since it was an important bill that affected the lives of crores of citizens, it cannot be “passed just like this without going to a select committee.”

Congress leader Anand Sharma, said even if the Lok Sabha has passed the triple talaq bill, the Rajya Sabha is not a rubber stamp. The bill was passed in Lok Sabha with the support of 245 votes against 11 on Thursday.

Before the house met, the Opposition parties today held a meeting and decided to demand that the bill be referred to the select committee for further deliberations. The meeting was chaired by Azad in his parliament house chamber, was attended among others by leaders of 12 opposition parties. Most of the parties present in the meeting were of the view that the bill needs to be sent to the select committee.

In September, the Narendra Modi government had proposed the Muslim Women (Protection of Rights on Marriage) Bill in the Parliament and sought to make triple talaq a punishable offence under the law.