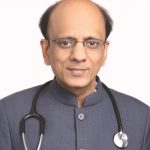 Organ donation gives a second chance at life for many people. But there are too many on the waiting list who die from lack of a suitable donor. Deceased organ donation is the main source of organs, but it requires the informed consent of the family or the legal heir.

In India, nearly 5,00,000 people die every year due to scarcity of organs. Out of these, nearly 2,00,000 die of liver disease and 50,000 of heart ailments. Though nearly 1.5 lakh await a kidney transplant, only 5,000 can get one, while one lakh suffer from corneal blindness and await a transplant. Though India has a population of 1.2 billion, there are only 0.08 persons as organ donors per million population. Compare that to foreign countries. Spain, Croatia and the US have a deceased organ donation rate of 28-40.2 persons per million. These figures paint a grim scenario of the state of organ transplantation in India.

Apart from the cornea, vital organs such as the heart, lungs, liver, intestine and kidneys can be kept alive for some time if a brain-dead person is kept on a ventilator to maintain oxygenation of the organs so that they can be harvested.

In order to promote this noble act, the Union health ministry has proposed providing “social support’’ of up to Rs 5 lakh to the dependants of an organ donor in cases of cadaver donations. Social support will be provided, not in the form of cash, but by sponsoring medical treatment or education of the dependants. The ministry will also provide Rs 1 lakh to hospitals for maintenance of a brain-dead donor until the organs are harvested. This proposal, under the National Organ Transplant Programme, is now under the consideration of the finance ministry.

This is a follow-up of what took place in July this year when it was reported that the government was considering giving financial incentives to a donor’s family—between Rs 1 lakh and Rs 5 lakh per year for five years and Rs 50,000 to the organ-retrieving hospital. This was not a correct incentive. Many experts, including me, wrote to the government that if it wants to offer incentives for cadaveric organ donation, it should look for non-monetary options.

The government could recognise such donors with a national honour and/or give benefits and facilities similar to those given to freedom fighters. They could also be given insurance benefits under the Ayushman Bharat Scheme (which I believe the government may do if this new proposal is approved) or the education of their children could be funded through scholarships, etc. And, if by any chance they require organ donation themselves, they should be given priority.

But the proposal to provide “social support” to the donor’s family is a welcome initiative. We hope this will pre-empt illegal trading of organs and exploitation of the poor who sell their organs for financial gain.

The WHO’s “Guiding Principles on Human Cell, Tissue and Organ Transplantation”, notes: “Payment for cells, tissues and organs is likely to take unfair advantage of the poorest and most vulnerable groups, undermines altruistic donation, and leads to profiteering and human trafficking. Such payment conveys the idea that some persons lack dignity, that they are mere objects to be used by others… National law should ensure that any gifts or rewards are not, in fact, disguised forms of payment for donated cells, tissues or organs. Incentives in the form of ‘rewards’ with monetary value that can be transferred to third parties are not different from monetary payment.”

Non-monetary incentives will help the mandatory “required request” clause in the Transplantation of Human Organs and Tissues Rules, 2014, as per which “any doctor in ICU in a situation of brain stem death, in consultation with transplant coordinator (if available) shall ascertain from the next of kin or the legal heir of the body whether the dead person, while he was alive, had authorized for donation of his or her organs either by filling form 5 or in driving license”.

With the Ayushman Bharat scheme, the first part will be easy for the government to implement. All dependants of the donor may be included in this scheme for five or more years, providing them Rs 5 lakh coverage for secondary and tertiary healthcare. Providing education is also a good and viable idea. Will this “social support” also be applicable to the families of those who do­nate their corneas?

There are many reasons for India’s low rate of organ donation. Socio-cultural barriers, religious beliefs, lack of public awareness, lack of infrastructure (very few hospitals have the facility for organ retrieval and transplant) and high costs of transplant surgery have hobbled this noble act. Also, all donor registrations may not translate to organ donations. The concept of green corridors or special road routes, which has no red signal stops, for speedy transport of a harvested organ to a desired hospital is still a new concept in our country.

Though our mythology and ancient texts do not talk about organ donation per se, they teach us about daan. Daan, a Sanskrit word, means “selfless giving”. The story of Maharishi Dadhichi, who sacrificed his life so that the gods could use his bones to make a weapon to defeat the demons best exemplifies the extraordinarily noble gesture of organ donation. Vajra, the weapon made from his back bone, was given to Indra to defeat Vritrasura.

In Chapter 2, Shloka 22, the Bhagavad Gita says that it is the soul which is immortal, not the physical body. “As a person sheds worn-out garments and wears new ones, likewise, at the time of death, the soul casts off its worn-out body and enters a new one.” In Chapter 2, Shloka 25, the Bhagavad Gita says: “The soul is spoken of as invisible, inconceivable, and unchangeable. Knowing this, you should not grieve for the body.” The Manusmruti, too, says: “Of all the things that it is possible to donate, to donate your own body is infinitely more worthwhile.”

So the religious texts do, in a way, refer to the selfless act of giving. Organ donation shows the tremendous courage of the family of the deceased which makes this selfless decision at a time of immense grief. So far, it has been voluntary. However, the recently amended Organ Transplant Act, 2014, mandatorily requires every doctor to request the relatives or legal heirs of a dead person to donate the latter are organs.

It is time the government spreads the noble idea so that those on the brink of death can be saved.

—The writer is President, Heart Care Foundation of India, and President, Elect Confederation of Medical Associations of Asia and Oceania