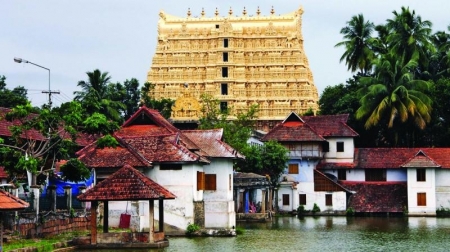 “It is clear that the audit contemplated was not intended to be confined to the temple only but with respect to the trust. This direction has to be seen in light of the reports of the amicus curiae in the case as recorded in order dated 2015.”

Further, the bench said the audit should be completed preferably in 3 months. Senior Advocate R. Basant, appeared on behalf of the Administration Committee of the temple, while seeking audit for the temple submitted that the temples in Kerala are closed and he also put forth the financial difficulty, saying Rs 1.25 crore is the monthly expense but the temple hardly gets Rs 60-70 lakh. Therefore, the trust constituted as per the top court’s order must contribute to the temple.

On the other hand, Senior Advocate Arvind Datar appeared on behalf of the temple trust submitted that the trust was constituted to oversee the rituals of the temple and was created by the Travancore royal family. He urged before the bench that the trust should not be audited as it is not a part of the Temple Administration.

Earlier, the Administrative Committee of Sree Padmanabha Swamy Temple in Kerala had told the Apex Court that the temple has been facing financial difficulties and its expenses were not met as the offerings made by devotees and are not sufficient to run the monthly operations of the temple.

The Supreme Court previously ordered Sri Marthanda Varma, applicant and his successors are not entitled to draw any remuneration for his or their services as the Manager or Trustee and further the Executive Officer appointed by the Administrative Committee shall be entitled to a modest and reasonable remuneration to be fixed by the Administrative Committee.

The apex court stated that,

“The Administrative Committee and the Advisory Committee shall do well to discharge all their functions including performance of the worship of the deity, maintenance of its properties, diligently and in the best interest of the Temple, and provide adequate and requisite facilities to the worshippers, etc.”