No Magic Carpet of Sovereign Immunity?

The Israeli software issue cropped up in California, where it was denied the claim of conduct immunity. It reiterates the SCOTUS message that even the separation of powers doctrine does not authorise the “political branches” to “switch the Constitution on or off at will”. 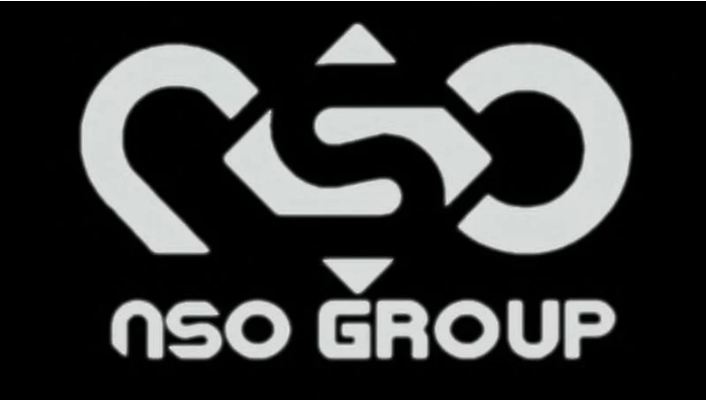 The fabled mythical horse, Pegasus, continues flying since I surveyed the equestrian jurisprudence of the Supreme Court of India (see Baxi, India Legal, November 1, 2021). The winged horse has appeared again, this time round in faraway California.

The aggressive software, also called Pegasus, owned by an Israeli private company (NSO Group of Technologies) was denied the claim of sovereign immunity by Justice Phyllis J Hamilton of the District Court of California. Justice Danielle J. Forrest (in a panel also comprising Justices Mary H Murguia and Ryan D Nelson of the 9th Circuit Court in California) affirmed this holding, but for different judicial reasons (on November 8, 2021). The suit continues and there is a very slim prospect that the weight of judicial precedents will be diluted by the Supreme Court of US [SCOTUS] to allow sovereign immunity to private commercial entities.

Before exploring the instant decision, we may pause to recall the importance of law and practice relative to sovereign immunity in the US for Indian jurists and citizens. The horror of a sea corridor attack sponsored by the LeT (Lashkar-e-Taiba) which claimed 160 lives, led to extensive property damage and deep trauma, generating a climate of insecurity that gripped the whole of Mumbai for four days beginning November 26, 2008, is sadly well-known. So is the meticulous prior surveillance and planning by an American citizen, David Coleman Headley. He revealed (in interviews with American and Indian authorities) that the LeT attackers had received money and material support from agents of the ISI (Inter-Services Intelligence), an espionage agency under Pakistan’s Ministry of Defence.

A legal action (against the ISI and two of its directors) by the victims of the Mumbai attacks was dismissed (in the Eastern District of New York) upholding the Pakistan government’s claim of immunity; and the executive branch recommended dismissal of the allegations against the ISI, which issue is also the notorious “Rosenberg Statement”. This statement ousted entirely judicial control over executive action. It said two things. First: “[I]t is for the Executive Branch, not the courts, to determine whether the conduct alleged was taken in a foreign official’s official capacity.” And second: “Because a foreign state’s request for immunity on behalf of an official itself has foreign relations implications, courts should ensure that the Executive Branch has been notified of and had an opportunity to consider such a request before ruling on the immunity issue. Indeed, for that reason, a foreign state’s request for an official’s immunity should first be presented to the Department of State, not to the court.”

WhatsApp and Facebook (hereafter cited as WhatsApp) alleged that NSO sent malware through WhatsApp’s server system to “approximately 1,400 mobile devices, breaking both state and federal law”. NSO argued that “foreign sovereign immunity protects it from suit and, therefore, the court lacks subject matter jurisdiction”. The main argumentative strategy pursued was that “NSO was acting as an agent of a foreign state, entitling it to ‘conduct-based immunity’—a common-law doctrine that protects foreign officials acting in their official capacity” [pp4-5].

However, the US courts are divided over the scope of deference to the executive’s “suggestions for immunity”. The Southern District of New York, for example, rejecting the Rosenberg Statement decided on questions of immunity not first presented to the State Department.1  In a unanimous decision, SCOTUS held that the Foreign State Immunity Act, 1976 [FSIA] does not govern the immunity of foreign officials from legal proceedings in US courts, though it left undecided the question whether foreign officials could be awarded immunity under the federal common law.2 The procedure of the FSIA made both under the statute and federal common law is thus subject to divergent judicial, and scholarly, interpretations and immunity determinations.3

Of course, the NSO did not argue that it is an organ of the state, or is substantially owned by the State of Israel or it is in anyway a “political sub-division of foreign government”. Rather, it claimed that its Pegasus technology is a programme that was “marketed only to and used only by sovereign governments” and it allowed those governments “to intercept messages, take screenshots, or exfiltrate a device’s contacts or history”. NSO’s “clients choose how and when to use Pegasus, not NSO”, which technology “it simply licenses” and “provides advice and technical support” at its customers’ direction. Thus, as simply an “agency” or “instrumentality” [pp.18-19], it provides technology to foreign states, which is deployed for law-enforcement purposes. Law enforcement, however, is an “inherently sovereign function”.

Judge Danielle J. Forrest (appointed during the regime of President Donald Trump) during the hearings, observed: “I find the argument that your clients are making in this case remarkable”, and asked: “Shouldn’t we have some sort of a signal from the State Department, from the executive branch” to guide judicial considerations instead of a court “sort of leaping out into a whole brand new area” that into which “nobody’s ever gone … without any lead from the executive branch?” Judge Mary Murguia (an appointee of President Barack Obama) pressed NSO’s lawyer whether the firm ever asked the State Department to “weigh in against the suit”, but Counsel merely declared that he was unaware of the firm doing so “in any formal way”.4

In negativing the NSO strategy, the Court made it amply clear that: “It makes little sense to conclude that the FSIA leaves open the possibility that a corporate entity less connected to a sovereign than those meeting the statutory definition of ‘foreign state’ could seek immunity for commercial conduct under a different immunity doctrine while entities more connected to a sovereign—even a bodypolitic itself—could not” [p.18]. The suit would now proceed further.

Also Read: A Privilege or a Risk?

This is also the Indian position as expounded by the Supreme Court of India. Justice Dalveer Bhandari, writing for himself (Dr Mukundakam Sharma, Anil R. Dave JJ) ruled that countries “who participate in trade, commerce and business with different countries ought to be subjected to normal rules of the market”. In “the modern era, where there is close interconnection between different countries as far as trade, commerce and business are concerned, the principle of sovereign immunity can no longer be absolute in the way that it much earlier was”.5

One hopes that the Justice Raveendran Committee, appointed by the Supreme Court, takes full note of this position in its task of legislating further guidelines. It is, of course, open to Parliament, after due deliberation, to legislate a fresh law providing conduct-based immunity of non-state entities. However, the issue of its constitutionality must remain open, as the Supreme Court has frowned on such statutory privative clauses.6

The situation has definitely been further changed by the development of jurisprudence concerning the basic structure and essential features declaring the judicial ouster of the legislative ouster clauses. It is hoped that even when ceding to the performances of responsible sovereignty, the Court develops appropriate judicial guidelines that prohibit acts of snooping wholly contrary to constitutional good governance now authoritatively declared by (a unanimous nine-judge Bench) in the  2017 right to privacy case.

Justice Kennedy, in writing for a majority of SCOTUS, held that the Military Commissions Act (MCA) of 2006, which barred foreign nationals (held by the United States as “enemy combatants”) from challenging their detentions in US federal courts, was an unconstitutional ‘suspension of the writ of habeas corpus guaranteed in the US Constitution’. The Court further said that “Our basic charter cannot be contracted away”, and added that the “political branches” lack “the power… to switch the Constitution on or off at will”.7 This observation would apply even more strongly to the Indian scenario.

2See Samantar v. Yousuf, 560 U.S. 305, 325–26 (2010). It is worth noting though that the State Department’s Legal Advisor, Harold Hongju Koh, claimed following a SCOTUS obiter, at  323, that: “[w]e have been given no reason to believe that Congress saw as a problem, or wanted to eliminate, the State Department’s role in determinations regarding individual official immunity.” See, Harold Hongju Koh, “Foreign Official Immunity After Samantar: A United States Government Perspective”, Vand. J. Transnat’l L., 44: 1141-1161 at 1147 (2011).