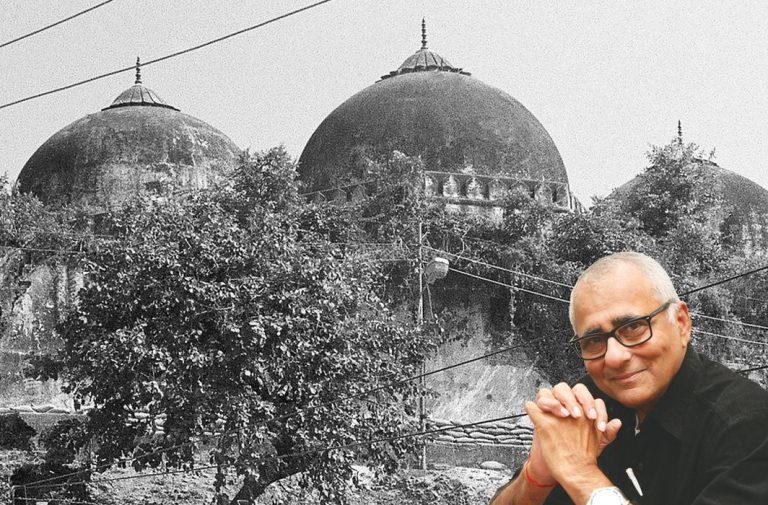 Twenty-five years ago, shortly before the Sangh Parivar-led kar sevaks destroyed the Babri Masjid in Ayodhya, a young BJP lawyer who now holds a powerful government post told me privately that he had been struggling with his conscience over whether Lord Ram should prevail over the constitution or vice versa.

As an erudite advocate, he was fully cognisant of the tortuous legal tribulations of the Ram Janmabhoomi-Babri Masjid dispute and appeared convinced that any solution in defiance of established jurisprudence could do fatal harm to the Rule of Law on which the Indian Republic is founded. But as a flag-waving believer in the resurgence of political Hindutva, he was equally convinced that saffron militancy—symbolised by the BJP’s campaign to build the Ram temple where it once allegedly stood before being destroyed by Mughal emperor Aurangzeb in the 16th century—was the only way to restore Hindus’ pride in their own nation.

His was an existential dilemma. Even as people like him struggled with it, thousands of others plagued with no such angst decided to take the law into their own hands and destroyed the structure on December 6, 1992.  More than 2,000 Indians perished in the riots which erupted after the demolition.

But the constitution lived on. Notwithstanding the ascent of BJP governments in the states as well as at the centre, no matter how hard they may have tried, the majesty of the law still prevents any group from taking over the disputed site. True, the Kalyan Singh government then in power in UP was unable to keep its oath to the Supreme Court to maintain law and order and communal harmony. This was, indeed the solemn pledge, given in writing in November 1992, on the basis of which the apex court allowed a symbolic “kar seva”—the performance of rituals by priests and worshippers.

The Supreme Court’s main intention at the time was to ensure that the legal status quo on the land ordered earlier by the Allahabad High Court, pending the outcome of multifarious title suits filed over the disputed plot, should remain inviolable. The rest is history. The old mosque razed but in the presence of BJP bigwigs while the police forces watched the show from the sidelines.

The outcome was not only a setback for the Court which had in all earnestness trusted the assurances from the state government but also for Congress Prime Minister PV Narasimha Rao who, against the advice of his own intelligence sources, trusted the Sangh Parivar and refused to send central forces to maintain law and order.

Thousands of Hindutva revivalists took the law into their own hands and destroyed the historic Babri Masjid on December 6, 1992. More than 2,000 Indians perished in the riots which erupted after the demolition

But had religious identity politics edged out the constitution? Not yet. True, a huge post-Partition communal divide cut a swathe across India. Hindutva became a formidable political force to reckon with. But the law just refused to step aside and surrender the land to those who would try and acquire it through extra-constitutional means for political gain.

The disputed 2.77 acres is still virtually no man’s land and now the case is before a three-judge bench of the Supreme Court. It is an appeal against a 2010 judgment by the Lucknow bench of the Allahabad High Court outlining a land-sharing formula between Hindus and Muslims.

Last week, a controversy arose when senior advocate Kapil Sibal argued that the hearing be postponed until after the 2019 elections because the BJP would try and make political capital out of it. The Court did not buy this line and has postponed hearings until February 8 of next year. But whether or not Sibal’s argument holds water, the point is that the Ram Mandir issue has again become a volatile electoral issue in the Gujarat elections—as it did during the UP elections—with Yogi Adityanath and Himachal Pradesh politician Anurag Thakur. They appear to have no existential doubts on this matter—Is Lord Ram above the constitution? In their view he clearly is. This is an alternative way of looking at post-Independence India.

But it is not really something new. The question of whether India was to have a Hindu or secular identity was intensely debated before, during and after the Constituent Assembly. In fact, the formidable Bhim Rao Ambedkar whose name has been invoked during the recent electoral rhetoric had a point of view which would baffle the BJP, and perhaps the Congress.

While researching the early debates, one thing is amply clear. Hindutva forces cannot lay any claim to him or his ideology. And nor can the Congress assert he was a great Nehru admirer. Here are some typical slices of Ambedkar’s thinking:

In the history of negotiations for preventing the partition of Ireland, Redmond said to Carson, “Ask for any safeguard you like for the Protestant minority but let us have a United Ireland.” Carson’s reply was, “Damn your safeguards, we don’t want to be ruled by you.”

Another notable Founding Father, HV Kamath, a former ICS officer who belonged to the Forward Bloc, made this redoubtable statement during the debates on pluralism, that current netas would do just as well to remember and quote from:

“I need only observe that the history of Europe and of England during the middle ages, the bloody history of those ages bears witness to the pernicious effects that flowed from the union of Church and State. It is true enough that in India during the reign of Asoka, when the State identified itself with a particular religion, that is, Buddhism, there was no ‘civil’ strife, but you will have to remember that at that time in India, there was only one other religion and that was Hinduism. Personally, I believe that because Asoka adopted Buddhism as the State religion, there developed some sort of internecine feud between the Hindus and Buddhists, which ultimately led to the overthrow and the banishment of Buddhism from India. Therefore, it is clear to my mind that if a State identifies itself with any particular religion, there will be rift within the State. After all, the State represents all the people who live within its territories, and, therefore, it cannot afford to identify itself with the religion of any particular section of the population. But, Sir, let me not be misunderstood. When I say that a State should not identify itself with any particular religion, I do not mean to say that a State should be anti-religious or irreligious. We have certainly declared that India would be a secular State. But to my mind a secular state is neither a God-less State nor an irreligious nor an anti-religious State. Now, Sir, coming to the real meaning of this word ‘religion’, I assert that ‘Dharma’ in the most comprehensive sense should be interpreted to mean the true values of religion or of the spirit. ‘Dharma’, which we have adopted in the crest or the seal of our Constituent Assembly and which you will find on the printed proceedings of our debates. That ‘Dharma’, Sir, must be our religion. ‘Dharma’ of which the poet has said: “‘Yenedam dharyate jagat (that by which this world is supported).’”

I think my lawyer friend quoted in the first para of this essay may have solved his existential dilemma by heeding these last words.