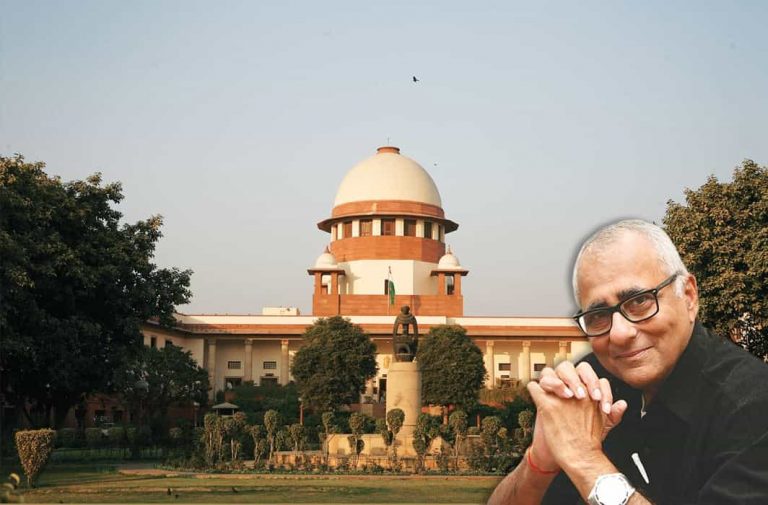 The fiasco in Maharashtra—not the formation of the rainbow coalition but the official skulduggery that preceded it involving just about every centre of power from the president downwards—shows how vulnerable this nation is to the manipulation of political freebooters. All the internal checks and balances which are designed to rein in an executive branch of government running amok, as in the power grab during the night of the long knives which anointed Devendra Fadnavis as the (as it transpired, finally) fly-by-night chief minister, appeared to have imploded.

As our cover story shows, if the night belonged to wily politicians, the day was won by the Supreme Court with its quiet, dignified, conscientious and calibrated approach in extricating the Constitution from the clutches of those who appear to have little or no heed or need for its proscriptions and prescriptions. There is little doubt that Justice NV Ramana leading the bench along with his colleagues Justices Ashok Bhushan and Sanjiv Khanna scored a huge goal for the Republic.

Who ultimately formed the government is irrelevant here. How long the new coalition under Uddhav Thackeray will last is just as irrelevant. What is pertinent is that under the system of separation of powers envisaged by the founding fathers of modern India, this imperfect, chaotic democracy can be nudged into the direction of greater perfection whenever it goes off the rails.

And this does not require extraordinary judicial activism or gratuitous meddling by the judiciary into what should be the right of the executive in tending to the daily affairs and administration of the country. But the executive must perform this onerous duty while bound strictly by the chains of the Constitution. In performing the tasks assigned to it by rules and laws and covenants and directives and legislative mandates, the executive is unfettered, as it should be. But when it usurps or undermines principles of natural justice, established conventions and, indeed, the rule of law, it is shackled, as it should be. And that is what Justice Ramana meant by “Constitutional Morality”,  a phrase he used when delivering the directive to hold a floor test to determine the majority on the floor of the House within 24 hours.

If the executive branch had been burning the midnight oil hatching conspiracies to steal power with the aid of a politically obsequious official, the judiciary, sensing that a balance of power issue was at stake, also kept its midnight candles burning to ensure that basic democratic tenets would not be sacrificed at the altar of the doctrine of Might is Right.

And all that the Court had to do in order to ensure that Right prevails over Might was to pull out some recent examples of similar gamesmanship by political bosses and use the litmus test of well-established law. The SR Bommai case, which has been repeatedly cited as the Court-laid gold standard for determining majorities through a floor test, once again became a beacon for a no-nonsense decision in this case as well. No ifs and buts. No hemming and hawing. It was a bang, bang, bang decision. And it gavelled the executive branch to bow before the majesty of the Constitution. The order also signalled that even when faced by the power of a brute majority in Parliament, the Constitution, when repeatedly invoked, applied and enforced without fear or favour is a judge’s most powerful armour against any form of retaliation by those who may not agree with the principles of “morality” embedded in that magnificent document.

In the aftermath of this decision, and after Thackeray was sworn in as chief minister at a public gathering in Mumbai’s Shivaji Park, the Supreme Court dismissed a petition seeking that the post-poll alliance of the Shiv Sena, the NCP and the Congress in Maharashtra be declared unconstitutional and null and void. In this related case, the bench clearly enunciated the delineation of its right and duty to enforce the law of the land when it is being violated by those sworn to uphold it, the right of the political process to find its own level and elected representatives to perform their duties without judicial interference.

Justices NV Ramana, Ashok Bhushan and Sanjiv Khanna noted that in a democratic set-up, political parties enjoyed the right to ally with anyone of their choice. “It is for the people to judge,” the bench said while dismissing a petition filed by Pramod Pandit Joshi of the Akhil Bharat Hindu Mahasabha.

The petitioner argued that voters did not expect this post-poll alliance as in the run-up to the polls and during the campaign the parties were part of a different alliance. The Shiv Sena was in alliance with the BJP with which it fell out after the results were declared and they could not come to an agreement on the terms and conditions of the new government formation. After weeks of uncertainty, the Shiv Sena finally tied up with the Congress and the NCP, the very parties against which it had campaigned in the elections.

Justice Ramana pointed out: “Constitutional morality is different from political morality. In democracy we can’t curtail parties to form alliances.” And nor can the Court enforce election manifestos.

Justice Bhushan inquired: “Why should Court interfere into pre-poll and post-poll alliance?” to which Advocate Barun Kumar Sinha submitted that there is violation of Art 19(1)(a). Justice Ramana posed a question to the counsel: “How can this issue be subjected to judicial review?”

Sinha thus quoted the PUCL judgement of the apex court, dated March 13, 2003, wherein it was held that the availability of basic information about the candidates enables voters to make an informed decision and also paves the way for public debates on the merits and demerits of candidates. It was thus held in that case voters have a right under Article 19(1)(a) of the Indian Constitution to obtain information about political candidates.

Sinha further argued that a post-poll alliance is not only unfair to the voter but also against the basic structure of the election process. People voted with the BJP-Shiv Sena’s NDA alliance in mind which has been violated by the new Maha Vikas Aghadi alliance.

In dismissing the petition, Justice Ramana said: “Don’t expect the Court to go into areas where it has no jurisdiction. It’s for public to decide and not for the Courts.”

This will certainly go down as one of the most memorable weeks in the Court’s history.