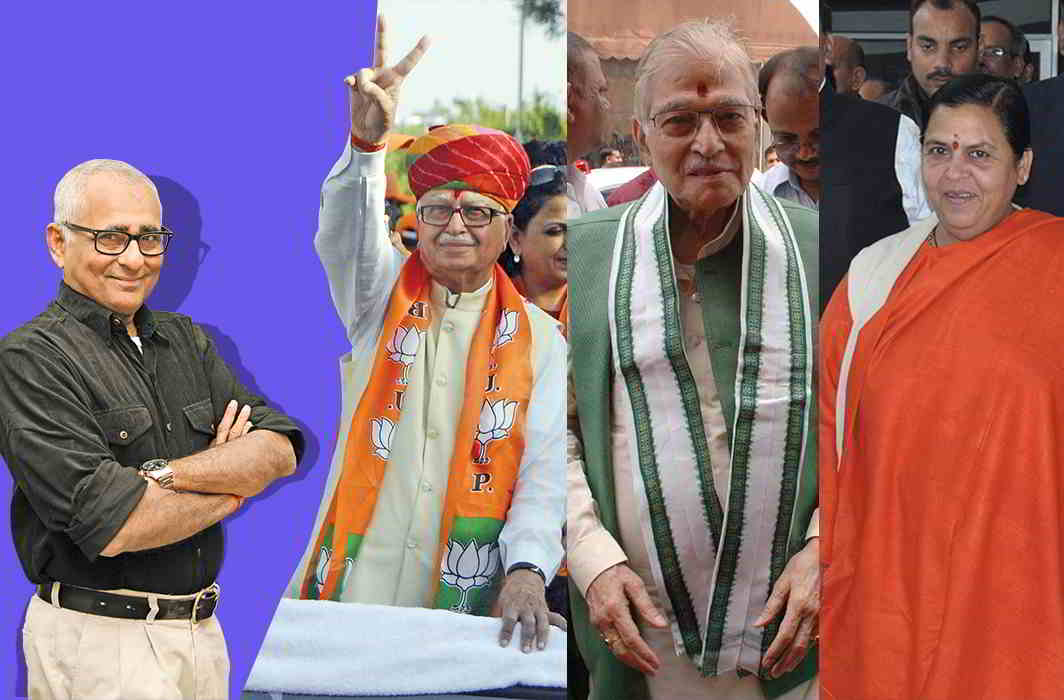 India Legal was a step ahead of the curve in the denouement of the Babri Masjid demolition case in the Supreme Court as the arguments unfolded and the honourable judges indicated their view in the course of the hearing in the past many weeks. My colleague Parsa Venkateshwar Rao Jr looked at the implications – legal and political – in the India Legal issue of April 10, where he wrote in the report, Babri Masjid case: An open-ended issue (www.indialegallive.com/news-of-the-day/legal/babri-masjid-case-open-ended-issue-22976): “The judges have clearly indicated that there should be a joint trial at Lucknow, and that the criminal conspiracy charge should be restored.” On April 19, the court ordered the same. Many of our discerning readers appreciated the report and they did not stint on their praise for the magazine, a pat on the back – a high five! – which always gives a high to me and my team.

The Babri Masjid demolition issue remains both sensitive and explosive given the electoral success of the Bharatiya Janata Party (BJP) in Uttar Pradesh. I had no doubt that it is not a mere legal quibble, or a criminal indiscretion where the instigators and arsonists who razed the 400-year monument to ground will be duly punished. The case has lingered for a quarter century now, and Justices Pinaki Ghose and Rohinton Nariman were appalled by the unjustified legal procrastination, where procedural fumbles created avoidable confusion amounting to moral fudging. The court’s directive for reinstating the conspiracy charges under Section 120B of the Indian Penal Code (IPC) and the merging of the separate trials dealing with the demolition which had been going at the separate special courts at Rae Bareli and Lucknow. Now, there will be single trial which will be held at Lucknow.

The political fallout of the court’s decision remains to be deconstructed. Union Finance Minister Arun Jaitley was asked about the issue when he was briefing the media about the decisions of the Union Cabinet on April 19, and he gave the expected non-committal, passive response that the court’s decision did not alter the position of any of the politicians who would now face the criminal conspiracy charge. It is what he could say given the constraints of the Modi government. It is the Central Bureau of Investigation (CBI), which is part of the Central government, which had argued for the restoration of the criminal conspiracy charges against BJP leaders L.K. Advani, Murli Manohar Joshi, Kalyan Singh, Uma Bharati, Vinay Katiyar among others.

The Supreme Court has established the principle that prosecution cannot take a lenient stance against those responsible for the demolition of the mosque. It remains a criminal act of vandalism and arson. It also stands to reason that it was not an unpremeditated explosion. It is for this reason that the charge of criminal conspiracy becomes a necessary assumption.

Advani and Joshi do not hold any constitutional position. They are members of the Lok Sabha. Bharati is a minister of water resources in the Union Cabinet. The question arises whether she will choose to resign in conformity with political norms. Singh is the Governor of Rajasthan. The court, keeping in mind the immunity he enjoys due to his constitutional positions said that the charges could be framed against him after he demits office.

It is surely the case that Advani et al are not the pillars of the BJP that they once were, and a criminal conspiracy charge, according to calculations in 11, Ashoka Road (the BJP’s national headquarters in New Delhi), against them would not in any way dent the party’s image. The helmsman of the party is none else than Prime Minister Narendra Modi, and the man who steers the party’s affairs is BJP national president Amit Shah, the confidante of Modi. The old guard does not matter anymore.

But the BJP cannot shrug off the ripple effects of the Babri Masjid demolition case and its political corollary, the promised construction of a Ram temple at the site of the mosque. The construction of the temple remains part of the core agenda of the party. The issue is indeed a political minefield. Modi, Shah and the others in the BJP cannot afford to ignore it completely. They would have to evolve a game plan to handle the explosive issue with care if not with kid gloves.

Whatever the political seismicity of the issue, the legal road map is quite clear. We are very much aware of the fact that the criminal conspiracy charge against Advani, Joshi and others does not in any way impugn their presumed innocence. The charge has to be established beyond reasonable doubt and it is open to challenge at the high court and Supreme Court levels, in case the special court at Lucknow upholds it.

The Supreme Court has established the principle that prosecution cannot take a lenient stance against those responsible for the demolition of the mosque. It remains a criminal act of vandalism and arson. It also stands to reason that it was not an unpremeditated explosion. It is for this reason that the charge of criminal conspiracy becomes a necessary assumption. The directive that the trial should be conducted without adjournments and that it should be completed in two years’ time is a salutary assertion that a criminal act does not lapse with the passing of time, and that those responsible for it have to be convicted and punished.