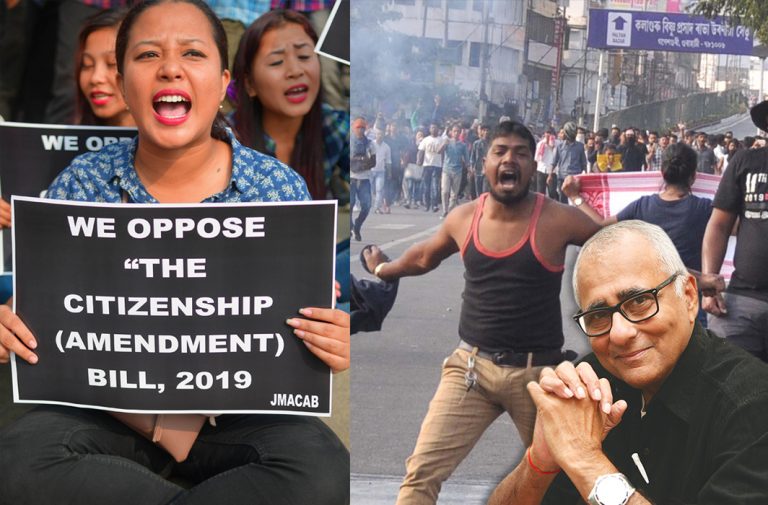 As expected, the Citizenship Amendment Act of 2019 has been challenged in the Supreme Court by several groups including the Congress party. Its leader, Jairam Ramesh, has submitted: “The impugned enactment ex facie violates the fundamental guarantees under Article 14 as also Article 21 of the Constitution. Further, the impugned Act has been enacted disregarding the Report of the Joint Parliamentary Committee dated 07.01. 2019 as also the terms of the Accord between AASU, AAGSP and the Central Government on the Foreign National Issue signed on 15.08.1985 (Assam Accord). The impugned Act is also in the teeth of the law laid down by this Hon’ble Court in Sarbananda Sonowal vs Union of India (2005) 5 SCC 665 and breaches the international obligations approved and agreed by India through International Covenants.”

This will surely be a seminal case before the Supreme Court, perhaps more decisive in shaping the nation’s future than Ayodhya, Shah Bano, or even the Aadhaar privacy law suits. The approach taken by the judiciary under the stewardship of Chief Justice of India (CJI) SA Bobde will test not only the power of the Kesavananda Bharati case (a landmark judgment which established the basic power of the judiciary to review and strike down amendments to the Constitution enacted by Parliament which conflicted with or sought to alter its basic structure) but also the mettle and sagacity of the judges.

Today, more than ever—with the media’s credibility in question and Parliament in the power grip of brute majoritarianism—the judiciary’s role as defender of democracy and the rights of citizens as laid down in the Constitution of India assumes primary importance. The Supreme Court often assumes the character of its chief justice. Some time back, while delivering the annual Ramnath Goenka lecture before he rose to the post of chief justice, Ranjan Gogoi famously said: “We need not only independent judges and noisy journalists, but even independent journalists and sometimes noisy judges” to defend democracy. In a sense, he was setting the bar for his tenure as CJI. Being a noisy judge, in his unexplained view, was seen as making his voice and views heard where it matters—in the corridors of South Block. Only history will judge how “noisy” or in-your-face he was in the flurry of decisions made by the bench he headed during the last few days of his tenure.

But one thing is certain. During the past three years, the issue of “constitutional morality” has dominated much of the debate on matters of national importance which have dominated the business of the Supreme Court. There is little doubt that this matter—should a slugfest begin in Court on the CAB—will feature prominently as an argument which will be used by the parties opposed to the new Act.

India Legal ran a story on remarks made by Attorney General KK Venugopal warning about the dangers of spreading the doctrine of “constitutional morality”. Little did we realise that the subject would give rise to a heated debate—within the covers of this magazine—between some of the leading intellectual luminaries of this nation.

The erudite man of letters, Pratap Bhanu Mehta, has penned a superb essay elsewhere on this subject, asking simply, what is constitutional morality? He explains that the phrase “rarely crops up” in discussions within India’s Constituent Assembly. “Of the three or four scattered uses of the phrase, only one reference has any intellectual significance. This is, of course, BR Ambedkar’s famous invocation of the phrase in his speech, ‘The Draft Constitution’, delivered on 4 November 1948.” In the context of defending the decision to include the structure of the administration in the Constitution, he quotes at great length the classicist, George Grote. The quotation is worth reproducing in full:

“The diffusion of ‘constitutional morality’, not merely among the majority of any community, but throughout the whole is the indispensable condition of a government at once free and peaceable; since even any powerful and obstinate minority may render the working of a free institution impracticable, without being strong enough to conquer ascendance for themselves.”

By constitutional morality, Grote meant… a paramount reverence for the forms of the Constitution, enforcing obedience to authority and acting under and within these forms, yet combined with the habit of open speech, of action subject only to definite legal control, and unrestrained censure of those very authorities as to all their public acts combined, too with a perfect confidence in the bosom of every citizen amidst the bitterness of party contest that the forms of constitution will not be less sacred in the eyes of his opponents than his own.

Immediately before donning the mantle of CJI, the recently-retired Justice Ranjan Gogoi had offered some clue as to what the Supreme Court under him would be like. He too had stressed the need to revive a national conversation on “constitutional morality”. Stating that people are divided “more than ever” along the lines of caste, religion and ideology, Justice Gogoi’s core message was that judicial beliefs must be continuously evaluated on the touchstone of constitutional morality. He defined “true patriotism to the Constitution” as adherence to constitutional morality. For most people inured to political venality and muscular majoritarianism, that objective may seem utopian but viewed in the context of recent judgments by the highest court in the land, it is extremely significant.

Under his predecessor, Chief Justice Dipak Misra, the Supreme Court had struck down Section 377 of the Indian Penal Code, saying it was upholding “constitutional morality” and not “majoritarian morality” while deciding to decriminalise homosexuality. The verdict overruled a previous judgment which held that only a small number of people were exercising their rights. As the former CJI said later at a conference of law students, “it’s not the number that determines the right. A right permissible under the Constitution is a right that has to be respected”.

That right was also witnessed in the Supreme Court ruling on Sabarimala to allow women into the temple. It was seen as correcting a discriminatory social and religious practice that was violative of Part III of the Constitution. Constitutional morality basically rejects the transactional view of the Constitution or majority opinion which is the key to managing a vast country like India with its diversity of cultures, communities, castes, religions and customs.

But when Venugopal recently asserted that judicial reliance on this concept could upset the separation of powers doctrine and sabotage the right of the legislature to make and enforce laws, Professor Upendra Baxi, among the tallest in the firmament of legal luminaries, wrote in India Legal: “Courts are constitutionally mandated to adjudicate matters which raise competing contentions regarding core human rights. Constitutional morality contains a set of goals and methods by which to address these conflicts. The apex court has never said that all public policy always offends constitutional morality, but only that the courts must choose the latter when the two are in visible conflict. The dialectic between public morality and constitutional morality serves well the promotion of constitutional good governance and the production of constitutionally sincere citizens. I hope that my good friend Venu (KK Venugopal) finds ample scope for re-examination of his current expostulations and exhortations.”

We also carried another article, posed as a set of questions by none other than the late venerable and redoubtable Professor NR Madhava Menon whose legal scholarship is also an international phenomenon. I reproduce here his concluding statement:

“The issue to my mind is not the importance or relevance of the concept of constitutional morality in working out the provisions of the Constitution. Rather, it is about the use and abuse of the doctrine in constitutional decision-making. No doubt, democracy as a system of governance may not serve the constitutional goal always. That is a price society has to pay for accepting a democratic form of government and polity. The remedy for preventing majoritarian excesses lies more in cultivating the natural sentiment of people for maintaining constitutional morality (as Dr Ambedkar seemed to think) rather than in showing ‘less deference to the legislature’ in the matter of constitutional values as some judges seem to think. The ugly consequence which resulted in forcible enforcement of the Supreme Court judgment in Sabarimala by a government controlled by a party of ‘non-believers’ cannot be dismissed as a conflict between public morality and constitutional morality. It is indeed a portent of what the attorney general believed to be the possible outcome for rule of law and democracy if constitutional morality turns out to be yet another tool beyond ‘Basic Structure’ for exercising judicial power.”

Pratap Bhanu Mehta’s brilliant scholarship on this topic shines as he argues in what could be the defining statement on the issue—that the Indian Constitution was made possible by a constitutional morality that was “liberal at its core”. Not liberal in the “eviscerated ideological sense”, he continues, but in the deeper virtues from which it sprang: “An ability to combine individuality with mutual regard, intellectualism with a democratic sensibility, conviction with a sense of fallibility, deliberation with decision, ambition with a commitment to institutions, and hope for a future with due regard for the past and present.” In November 1951, Prime Minister Jawaharlal Nehru faced an unusual revolt. It was not from within the Congress party but from six Supreme Court judges. Nehru had wanted to supersede Justice Patanjali Sastri, the most senior judge of the apex court, after the sudden death of the first CJI, Harilal Kania. Nehru was told that all six judges of the Supreme Court had threatened to resign if Justice Sastri was superseded, even though he had only a few months left before retirement. There was, during the baby steps of the Republic, no set convention regarding the appointment of the chief justice but after the collective threat, and Nehru’s volte-face, seniority became the established norm for the appointment of the CJI. It has also become synonymous with the independence of the judiciary.

That independence is now under a litmus test.