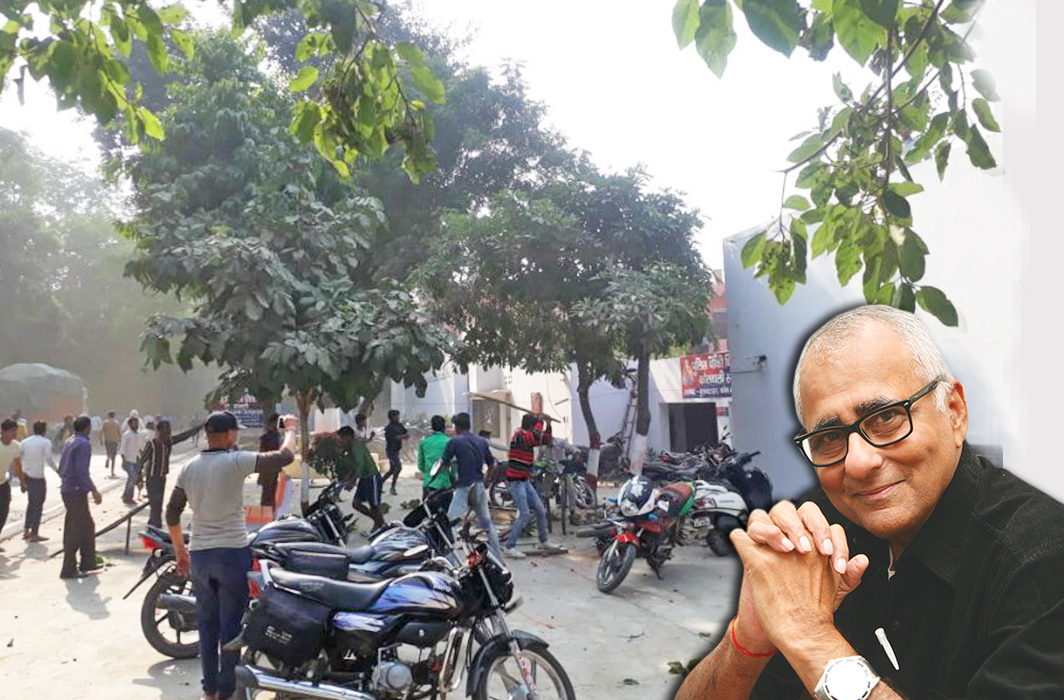 Last week, a courageous police officer with an impeccable service record was brutally murdered in UP’s Bulandshahr by those who fit the description of terrorists. Subodh Kumar Singh, accompanied by a police posse, was investigating a cow slaughter report when crowds of stone pelters accosted him.

The policemen were in the process of registering an FIR when Bajrang Dal activists began to hurl rocks at them. Meanwhile, the carcasses of cows in a tractor-trolley were placed in the middle of the Bulandshahr-Delhi highway. Singh received serious head injuries. But even as his colleagues put him in a vehicle and tried to drive away to the nearest hospital, they were intercepted and Singh was gunned down.

If you believe that this type of violence occurs only in Baramulla and Srinagar, think again. As our UP correspondent (whose special report appears in this issue) puts it, with the Yogi Adityanath government’s controversial stand on cow slaughter, “non-State actors are taking the law into their own hands in the name of ‘gau raksha’ and feeling free to clash with the police because they feel that the government is on their side. These incidents in isolation are extremely dangerous, but their alarming frequency now seems even more lethal”.

In Bulandshahr itself, three such incidents, ranging from stone-pelting to a full-on tussle with the police in the name of cow slaughter, have taken place this year. What is perverse beyond belief is that Chief Minister Yogi Adityanath’s government has asked the police to give priority to investigating the alleged cow slaughter rather than the slaughter of the guardian of law in the line of duty.

There can be no more hideous an example of the disdain for human rights than this latest incident from the Hindi heartland and the government’s tepid response to it. It is a tragic irony that Singh lost his life to a murderous mob on the eve of National Human Rights Day. Despite the Constitution, which fully imbibes the spirit of the UN-mandated Universal Declaration of Human Rights, India has a dubious reputation in this field with innocent civilians often having to face the brunt of police brutality.

Interviewed exclusively by India Legal on this subject, Justice HL Dattu, the chairperson of the National Human Rights Commission (NHRC) and former chief justice of India, says that while acts, laws and policies are introduced as forceful instruments for seeking change, mindsets too should alter. The essence of social orders, he stresses, is to serve better and not to rule one another as superiors because as human beings, we are born equals. He states: “In a welfare state and a democracy, it is the duty of the government to ensure protection of people’s rights. But the real challenge lies in the lack of awareness about the law, particularly among lower level officials who mostly deal with and have a direct interface with the public.”

In response to a query on how the NHRC is tackling the growing menace of lynching of minorities and cattle traders, Dattu has said that the NHRC has been very proactively taking suo motu cognisance of media reports on mob lynching, be it in cases involving people suspected of cow slaughter, witch-hunting or child-lifting.

“I may not agree with the suggestions that the incidents of lynching happened only against people belonging to a particular community,” he states, “but we will not hesitate in recommending punitive action against any public servant if found guilty, but not merely on perceptions.  Mobocracy in the garb of democracy can never be justified.”

Let us hope that Subodh Singh’s death will not have been in vain.