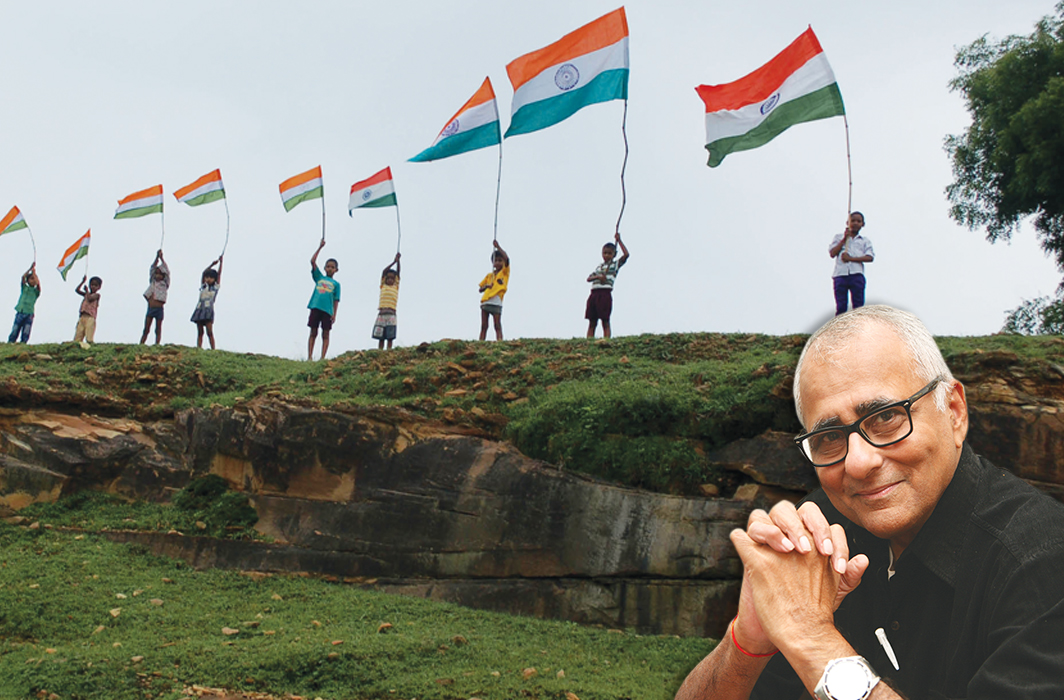 On the eve of India’s Republic Day, I chanced upon an essay I wrote on the occasion of the nation’s 68th anniversary. In it I reproduced, after some research and self-searching, some of the most stirring phrases of leaders who had fought for the nation’s independence and many of whom lived on to become members of the new country’s Constituent Assembly.

The most striking ones are those most of us memorised during our formative years in school. But they are worth repeating in the same spirit as we repeat birthday, Christmas and Diwali jingles and good wishes year after year, especially at a time when the next Republic Day will reflect what the people have willed for themselves in the elections less than three months away. So here’s the flashback:

Iqbal also intones: “Roma, Mishar, and Yunan/Sab mit gaye jahan se’ Kuschh baat hai ki hast mitati nahin hamaari/Sadiyon raha hai dushman daur-e-jaman hamara. (Rome, Egypt, and Greek civilisations have disappeared from the face of the earth. There is something in us that sustains us forever; for centuries, though our enemy has been at our doorstep)”.

It is also incongruous when, under an archaic British law still in the statute books, a state government can order the dropping of criminal charges against its legislators and supporters stemming from violations when its members were not in elected office.

Social tensions and internecine hatreds and violence and bigoted resistance to free expression and lifestyles are mounting. India’s venerable Supreme Court has mostly risen above politics. It has tried to grapple with Executive excesses such as the misuse of Article 356 and assaults on the right to privacy.

We need more than just words and road shows to move this nation into its manifest destiny as envisaged by those who led us into our freedom. I just drove through central and west Uttar Pradesh, often promoted as a state (India’s most populous) into which multinationals and local entrepreneurs are rushing to invest. Roads like bomb craters. Abandoned high-rise buildings on the fringes of cities. Twenty-hour power cuts with most villages barely even boasting of a single light bulb. Invisible infrastructure. Unemployed, angry youth. Distressed farmers. Distress sales alongside food inflation. Closed small industries. Robberies and murders rising. (Read about a farmer crushed to death under a tractor in his own field by loan sharks and recovery agents) ….

…..then switched on the telly in Delhi and relaxed to the news on NDTV with Vikram Chandra and a suave red-turbaned reporter and FICCI types with their pseudo Brit accents extolling “shining India” as the world’s greatest investment destination, and Prime Minister Modi’s debut in snow-covered ski resort Davos, hyped as an earth-shattering event, while the bottom scroll on the TV set talked about the raging senseless violence of censorship and communal hatred over the release of the mythological film Padmaavat…

I felt like Alice walking through the Looking Glass. Which world am I living in on this Republic Day? A PR dream nourished by a fawning, overfed media, or a reality show of an uncaring political burlesque?

PostScript: Has anything changed?