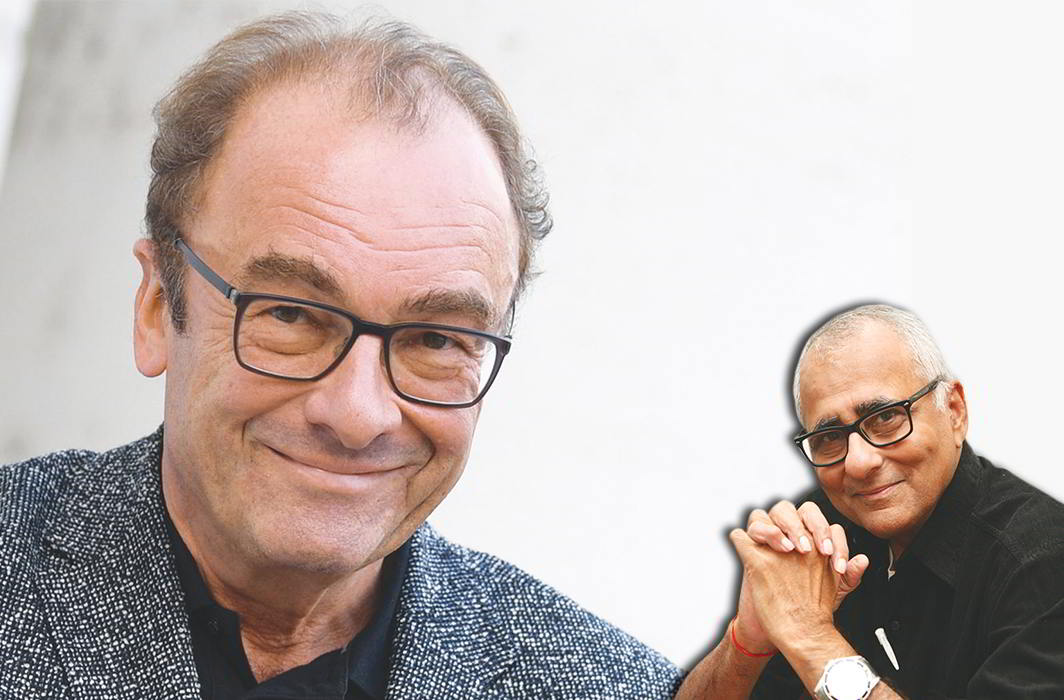 I was fortunate enough, barely a week ago, to share the stage with the soaring Viennese-born philosopher-novelist Robert Menasse who has just won the coveted German Book Prize for his book Die Hauptstadt (The Capital) in which the European Union plays the main role. This was at the annual Prague Writers’ Festival (PWF), rated among the world’s top 30 literary events, for which I had been selected by the Festival’s jury to represent India. I felt like a pygmy among the giants in that theatre. Especially in the presence of Menasse, a towering intellectual who has made it his mission to rage against the virulent nationalism spreading like a scourge across continents.

The malady is a mutant with many manifestations. Its most salient symptom is what is now widely known as “identity politics”—the feeling of revanchist and aggressive distinctiveness, of exclusive
we-ness against them-ness, the ready adoption of warmongering by groups smitten by insecurity no matter what their numbers.

We have seen this in India, in the creation of Pakistan, in state-level chauvinism and the preservation of antediluvian tribal superstitions and customs, in caste warfare, in the defence of religious personal laws, and in love jehad. We see this today in the warlike defence of the purity of the mythic Padmavati and the power of mob-censorship of artist MF Husain and writers Salman Rushdie and Taslima Nasreen, in the murderous assaults by self-styled cow protection vigilantes.

Islam is in danger, say some. Caste cohorts are in danger. The Hindu lives in fear: A majority with a minority complex! As a blogger recently wrote to me: “The Hindu believes that fast-multiplying minorities will soon dominate; minorities are hard core and better organised; they are engaged in all illegal economic activities; Islamists will kill infidels at the drop of a hat and impose Sharia law if they come to power; minorities should be economically disenfranchised in order to prevent them from buying arms; only those devoted to saving Hindus deserve to be elected…. I do not even have a solution to offer, I am in the problem definition stage…I am clueless….”

Actually, this is not new. The India before Independence was an agglomeration of over 560 often warring independent states—identity states—and the Founding Fathers, after horrendous bloodshed, created a pan-Indian union in which a larger concept of cooperative creative federalism would claw itself out of the primordial slime of petty, identity-based nationalism.

“The sooner Europe gets used to a future without the nation-state, the better. Amnesia about what the unification project originally meant is causing a catastrophic lack of imagination about where it is heading. Hegel once said: ‘The human being also dies out of habit.’”

—Robert Menasse, the winner of German Book Prize for Die Hauptstadt (The Capital)

We have regressed. Under Trump, America is regressing into isolationist, jingoistic, white supremacist nationalism. In Europe Brexit’s Little Englander showed the way out of supranationalism and into xenophobia, followed by the European Union. But there’s also a fightback. There’s Angela Merkel of Germany.

And there are philosopher kings like Menassse who face fierce hostility, as I saw him encounter, at the Prague Writers’ Festival. Here are some pearls of wisdom from Menasse, in his own words:

“The work of unity which we have begun, and which we work on daily, is no schematic idea projected blindly onto the future, no nebulous dream. Rather, it is a reality, because it is oriented towards the realities of Europe.” These words were spoken by Walter Hallstein, the first president of the European Commission, in a speech in Rome in 1964. Despite drawing much attention at the time, today it has been forgotten.

Thank you, Robert, my friend. India, too, lay in ruins after the bloody Partition of 1947. We thought we had found a way out. But we are losing our way, as is Europe. We, too, need your voice.