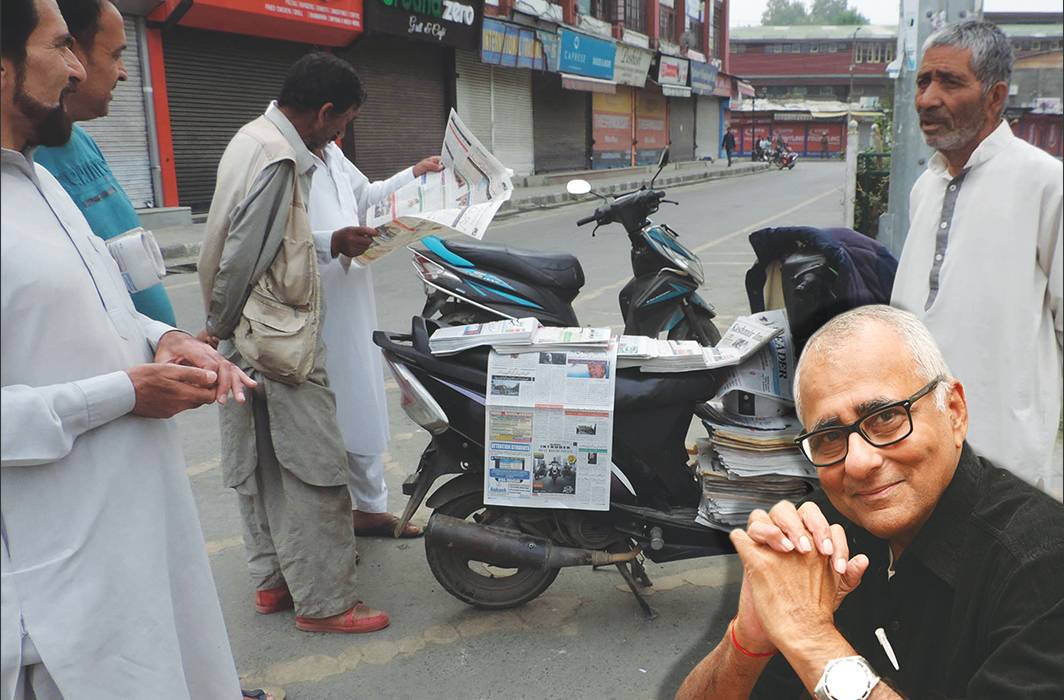 For most of last week, the Supreme Court has been
neck-deep in tackling a slew of petitions on the constitutional, administrative and law-and-order fallout in Jammu and Kashmir following the abrogation of Article 370 by Prime Minister Narendra Modi’s government. The petitioners and their advocates are arguing that the Kashmir imbroglio involves pressing matters of habeas corpus, liberty and the right to life of about seven million people.

The magnitude of the conditions in Kashmir, which has been under a “communications lockdown” since August 5 when the government persuaded the parliament to unilaterally scrap the region’s special constitutional status and confiscate its statehood, has not been lost on the apex court. Pleas relating to constraints forced upon the press and communications are being heard by a bench of Justices NV Ramana, R Subhash Reddy and BR Gavai.

Even as the hearings and arguments echo inside the Court’s hallowed chambers, there is a parallel debate raging within the country that is as significant as the legal and constitutional imperatives with which the Supreme Court is now grappling as a cavalcade of lawyers, including Kapil Sibal, representing Congress leader Ghulam Nabi Azad, and Vrinda Grover, representing Kashmir Times editor Anuradha Bhasin, unleash a fusillade of legal challenges.

The parallel debate—the one outside the Supreme Court—is whether the government in abrogating Article 370 has achieved an unintended result and consequence: Making India’s internal matter, an issue between the erstwhile state of Jammu and Kashmir and the Indian Union, an international matter. It started with US President Donald Trump’s public assertion that Prime Minister Modi had asked him to help mediate the Kashmir issue between India and Pakistan. India was quick to issue a firm and unequivocal denial.

This point was raised again by several critics—not necessarily diehard anti-BJP politicians—when Pakistan’s Imran Khan openly jettisoned Pakistan’s legal commitment to bilateralism as spelled out in the Simla Agreement and took the matter to the UN. Khan used the August 5 decision as the badly needed excuse and justification for the resumption of anti-Indian international sabre rattling and attempting to make Kashmir the focal point for worldwide Islamist unity.

And things became a little untidier for India when Malaysia, Turkey and China raised the Kashmir issue in the UN, and later the UN High Commissioner for Human Rights issued a statement that “the people of Indian-administered Kashmir continue to be deprived of numerous basic freedoms” and urged the Indian authorities “to unlock the situation”.

The Indian government vehemently denounced all resolutions and proposals that would constitute interference in India’s internal affairs. And there is little doubt in the minds of historians that Kashmir is an integral part of India under both the Indian and J&K Constitutions. And therefore, logically, no matter what the geopolitical imperatives,  Kashmir remains an internal matter.

But there must have been that nagging doubt—a ghost from the past—among the mandarins of South Block about whether they had been right about voting against Sri Lanka for “human rights violations” in 2012 and 2013 in the UNHRC and supporting an independent inquiry into “war crimes” against Sri Lanka stemming from its military victory against LTTE militants. Sri Lankans had then vehemently denounced India for supporting foreign meddling in its internal affairs.

The latest criticism of the government’s attempts to douse some of the fires lit by the international clamour on Jammu and Kashmir comes in the wake of the invitation to select members of the European Parliament to visit Kashmir. Some of those opposed to this initiative call it a PR stunt, an “event” that will fool nobody or change ground realities. Others say it was a counterproductive step by the MEA because it further internationalises the Kashmir “problem”.

A brief internet social media exchange says it all: “This government is good at event management. Till yesterday they were saying, Kashmir is a bilateral dispute and today they unofficially invited EU.”

“This government can’t decide between keeping it an internal matter, bilateralising it, or going international.”

According to one historical perspective, the ironical twist is that the government legally internationalised Kashmir the moment it unilaterally abrogated Article 370 which was a bilateral treaty between India and the erstwhile independent state of Jammu and Kashmir in 1948 which guaranteed accession to India and was India’s constitutional window that allowed Indian laws to apply to the state (without a former “merger” as with other pre-Independence princely states).

This averment holds that Might may be Right in scrapping 370; but in doing so we are also scrapping our bilateral relationship and reverting to the interim Instrument of Accession which is subject to the UN resolutions in which India pledged to a ceasefire and a plebiscite in which the state’s people could opt in or out of India. Article 370 was a “temporary” provision in so far as it was subject to final approval by the Constituent Assembly of Jammu and Kashmir which wound up in 1957 after approving the Article.

Legally speaking, the abrogation of Article 370 makes Pakistan a stakeholder in a “dispute” in which Pakistan should have no locus standi or causus belli. Pakistan was declared the invader of a sovereign kingdom (J&K) in 1948 by the UN, and should never have been allowed to have any legitimate territorial or constitutional claim or role in what was at worst a jurisdictional dispute between India and a fiercely independent former princedom which had fallen into India’s protective embrace through a series of voluntarily signed treaties and covenants to avoid being subjugated by Pakistan or even its own minority adherents to the diktats of the Muslim League and its Islamist two-nation ideology.

The question all patriotic Indians must ask themselves is: How is it that the people of Jammu and Kashmir who looked upon India as their saviour turned against India? How did India turn its friend and ally into a hostile, sulking population? Why are rank and file Kashmiris who warmed to Morarji Desai’s Janata Party government and BJP’s Atal Bihari Vajpayee, so bitter toward successive Indian governments?