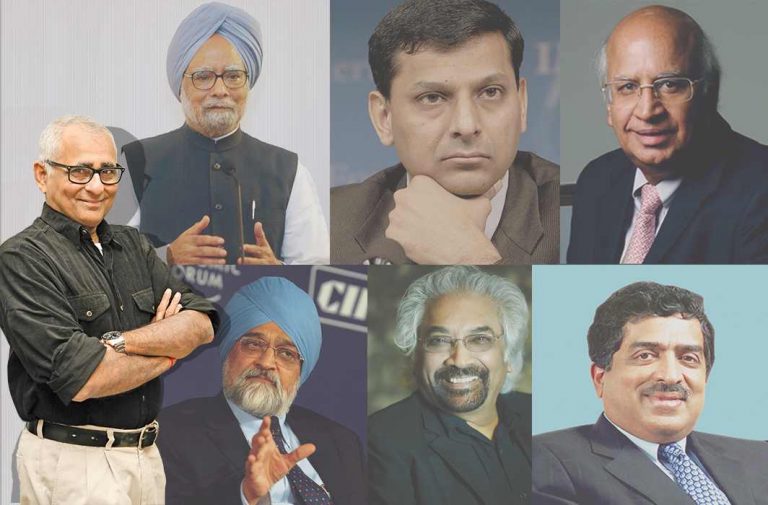 The NITI Aayog (read Modi Administration) recommendation to employ persons from the private sector at all levels of the government —including secretary and joint secretary postings—could have massive political and organisational ramifications for the government as Indians have known it to function since Independence.

The mainstream media has paid scant attention to what could be a step as significant as demonetisation and the implementation of the GST regime and it is going largely undebated. It could alter irrevocably the philosophy and vision which have allowed the Indian state to withstand political shocks and periods of instability.

However much we may curse babus and babudom, there is no gainsaying that in a Westminster-style parliamentary democracy, the Indian Administrative Service (IAS) and allied organisations provide continuity, law and order, and prevent any precipitous plunge into fiscal or administrative anarchy because of the powers of delegated legislation. It is for that reason that these services are known as the “steel frame” of governance. It is on this infrastructure of orderliness that indispensable arms of the government—the military, courts, essential services like transport—function.

Career civil servants, in fact, are sworn to function within the Rule of Law. Their oath of office is to the Constitution of India and not to any political master. They are, in fact, given protection from having to obey illegal orders. That they are transferred, harassed, hounded, exiled to bureaucratic Gulags for daring to question the authority of political “bosses” who are, as  Narendra Modi has stated, sevaks (servants) of the people—the real sovereigns—who elect them, is part of the real world. But there are enough of them who stand up and say No Minister, or leave a paper trail behind, which is an act of subtle whistle-blowing on a wayward minister who thinks he is king.

The lateral induction of experts from outside the career civil service is not prohibited by law. In fact, the Appointments Committee of the Cabinet, chaired by the prime minister Narendra Modi, is authorised to do so

According to recent statistics given to parliament, there are 4,926 IAS officers as against their total authorised strength of 6,396. There is a shortage of over 1,400 IAS, 900 Indian Police Service (IPS) and 560 Indian Forest Service (IFS) officers in the country, according to Union minister Jitendra Singh. “The government has increased annual intake of IAS officers to 180 during last four years. The annual intake of IFS officers has been increased to 110 and of IPS officers to 150 from 2015 and 2009 examination respectively,” he said in a written statement. They form the creamy layer of India’s vast 3.3 million central government workers.

But is this sufficient ground to open the floodgates to lateral induction of outsiders in the middle rung of ministries that deal with economy and infrastructure? According to a news report, “instructions have come from the Prime Minister’s Office to prepare a broad outline of modalities for selecting private individuals for appointment in the ranks of deputy secretary, director and joint secretary”.

The lateral induction of experts from outside the career civil service is not prohibited by law. In fact, the Appointments Committee of the Cabinet, chaired by the prime minister, is authorised to do so. Some notable persons of eminence who have joined the government through this route include former Prime Minister Manmohan Singh, head of the RBI Urjit Patel; Sam Pitroda, the father of India’s telecom revolution who was a private corporate head in the US; economic wizard Montek Singh Ahluwalia of the World Bank who became finance secretary and then deputy chairman of the Planning Commission holding a cabinet rank; Vijay Kelkar, GST architect; Nandan Nilekani from Infosys; former Tata Consultancy Services vice-chairman S Ramadorai; Arun Maira from the Boston Consulting Group; Mahindra Land Systems CEO Raghu Raman; Rohini Malkani from CITI; former RBI chief Raghuram Rajan from Chicago and Rakesh Mohan, former economic advisor, commerce secretary and deputy governor of the RBI. Few could argue with their domain expertise or standing in the world community. And they were not easy to find, and once found, used selectively and with great caution so as not to alter or interfere with the basic functioning of the civil service. Most of them were apolitical. Rakesh Mohan, a Yale graduate, and an admirer of Manmohan Singh, was inducted by Prime Minister Vajpayee. Yet some were made targets by the career bureaucracy: Pitroda, genius that he is, was hindered in his functioning and even made the target of investigations by Telecom Minister KP Unnikrishnan and his senior bureaucrats, and later by the BJP in his post as technical advisor to the Odisha government.

The clash between political appointees and career civil servants is an old story. Some of it has to do with sheer politics, much of it with the subject of good governance. While there is no gainsaying that domain ex­per­tise and leadership from outside the “system” is desirable in many cases, the wholesale induction of outsiders blocks the career path of deserving babus. It also leads to the evils of the spoils system, patronage, corruption, and destruction of the continuity of good policies when there is an exodus of political appointees following the defeat of a government after an election.

Even under the American presidential system, there are safeguards. Because of the separation of powers and the right of a directly elected president to form his own team to run the government, he has the right to choose his top bureaucrats from anywhere along with their confidential assistants without any competitive procedures. But there are limits and checks and balances in which the career civil servants predominate and are safeguarded from arbitrary dismissals and adverse actions from political appointees. In fact, political appointees cannot, willy nilly, occupy positions traditionally served by career federal employees.

There are 1,212 senior leaders, chosen by the President, including cabinet secretaries and their deputies, heads of most independent agencies and ambassadors, who must be confirmed by the Senate. A “Schedule C” is a type of political appointment in the United States who serves in confidential or policy roles immediately subordinate to other appointees. As of 2016, there were 1,403 “Schedule C” appointees. This category does not need Senate confirmation.

Career employees work under “merit system” rules, through which vacancies are filled by competitive procedures. Formal qualifications—including educational requirements and both general and specialized work experience—are established for every position and grade. Promotions beyond pre-determined “career ladders” are also subject to competition. The agency responsible for monitoring and implementing the civil service system is the Office of Personnel Management (OPM), America’s version of India’s Union Public Service Commission (UPSC).

As government expert and analyst David Cohen puts it, OPM’s objective is to safeguard fair and open competition and protect against political influence in the hiring for career Federal jobs. With this in mind, the two most common reasons for OPM not to approve a proposed selection are 1) when the career job appears to have been  created or tailored solely for the benefit of the current or former political appointee or, 2) when competition for the career job has been limited inappropriately.

He observes: “While the 3,000 political appointees at the top cannot be blamed for all the ills of the federal government, they are a large part of the problem. They make the job of the career civil servant harder, draining his energy and dampening his creativity and initiative. They comprise whole layers of unnecessary bureaucracy and impede communications and work flow. They often have fish other than their management duties to fry, and some of those fish have a bad smell. They also cost us a lot of money.”

There are similarities with India. According to Swarajya: “The opposition to lateral entry comes from the apprehension that such appointments will not be made by merit. Currently, top bureaucracy is inducted into the civil services through a fiercely competitive and largely fair examination conducted by the Union Public Service Commission (UPSC) which deservedly prides itself on being the watchdog of the merit system in India. Lateral appointments will be made at the sweet will of the political masters and will mostly induct loyalists, hampering the neutrality of the civil services. It will lead to nepotism. Further, career bureaucrats know the government machinery inside-out and, therefore, are more efficient at producing results with limited resources.”

And Insights IAS, a website devoted exclusively to UPSC and civil service matters, notes that there is discontent among India’s government servants. “Large-scale lateral induction would, in fact, amount to a vote of no-confidence in the government personnel management system, rather than in the highly dedicated, motivated and talented officers who have chosen to join the civil services. For this, the remedy lies not through lateral induction but through more rigorous performance appraisal and improved personnel management.”

It concludes that while India’s civil services need reform, “internal reforms—such as insulation from political pressure and career paths linked to specialisation—and external reforms such as lateral entry are complementary, addressing the same deficiencies from different angles. Thus, lateral entry cannot be a panacea for everything. It has been an exception in the Indian civil service system and should continue to be so”.

Throwing the baby out with the bathwater in order to mould a civil service to carry out political objectives and an ideological agenda, instead of delivering justice and services, is not in the national interest.