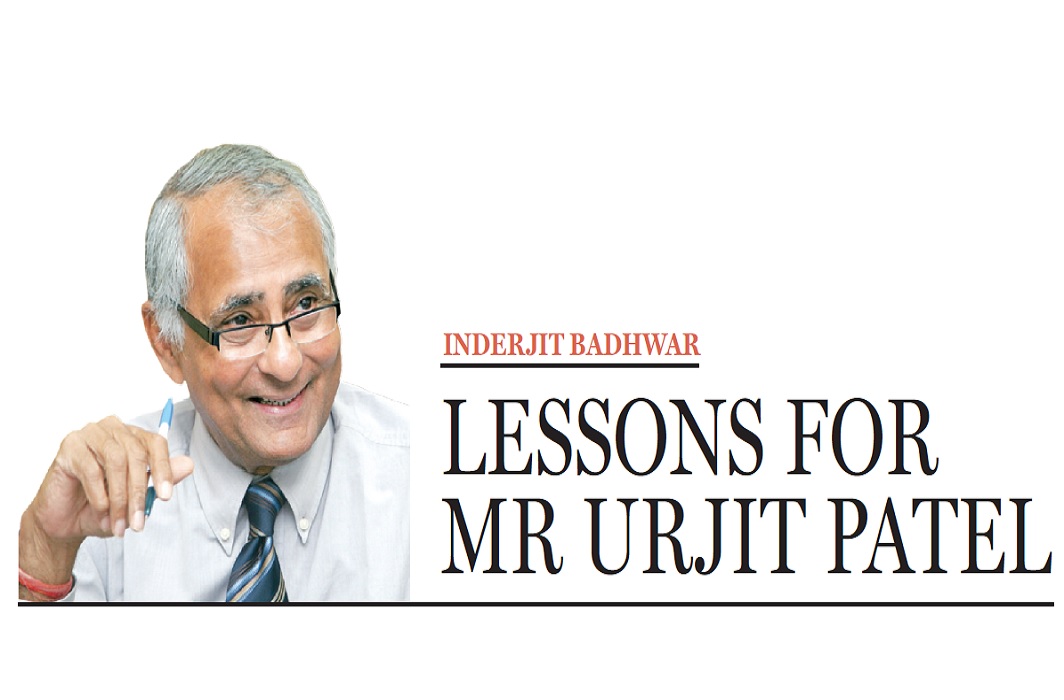 Arun Shourie is not only a journalist, as most Indians see him, but also a towering man of letters, a former BJP Union minister, and at one time, Narendra Modi’s political confidant and supporter. Today, he is the prime minister’s most acerbic critic.

In several of his anti-NaMo diatribes in which he has used phrases like “pyramidal mafia state” to characterise the Modi administration, he has also excoriated the demonetisation initiative as “not a strike on black money but on the legal tender of India”.

The phrase may sound mild, perhaps even a trifle technical. Words like “legal tender” may have little or no meaning for the common man who would prefer to say “cash”. But to the political and judicial analyst, this is fraught with menacing consequences for the Constitution and the Republic.

World experience has shown that politicising the functions of central banks and manipulating their governors can cause economic havoc.

Legal tender is a government’s promise to pay the worth of that entity on demand. It is a solemn pledge from the governors to those who accept their governance. It is a sovereign guarantee that binds a people with the state in a social contract governed by the principles of a separation of powers envisaged by Montesquieu. A state-sponsored “strike”, therefore, on this system is tantamount to undermining the sovereignty of the people which is the cardinal underpinning of any republican democracy.

Even if you consider Shourie’s observations as hyperbole—which is not the same thing as being completely untrue—there is no gainsaying that the intellectual curmudgeon has put his finger on a debate that has often engaged this country. And that is—the constant attempt by governments and individuals in power to circumvent the rule of law and destroy the autonomy of institutions which regulate and act as checks and balances on abuse or misuse of political power for partisan or individual gain at the expense of national interest. 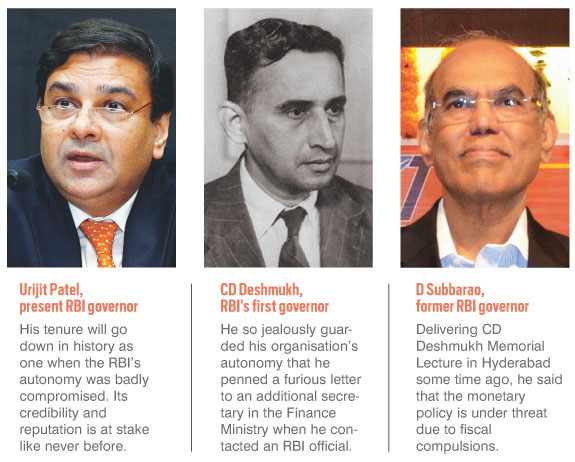 A recent The Times of India piece quoted Shourie as saying that the economy was being run on the basis of intuition and revelations, that “decisions were centralized in the PMO which lacked expertise and talent quotient”. He expressed “worry over what he saw as choking of institutions such as the Central Vigilance Commission and the Central Information Commission”.

That was before the demonetisation initiative. Today, all eyes are on the Reserve Bank of India (RBI). The central bank is the sole legal guardian of the nation’s legal tender. With a reserve of about  US $365 billion, RBI is the banker to all banks as well as to the government, issuer of bank notes, keeper of reserves for the monetary stability of the country and the operator of the currency and credit system, even as it monitors and supervises all banks.

It is obvious why most counties in the world which created organised financial systems following the economic anarchy following World War II sanctify the autonomy of central banks. And world experience has shown that politicising the functions of central banks and manipulating their governors can cause economic havoc.

Legal tender is a government’s promise to pay the worth of that entity on demand. A state-sponsored “strike”, therefore, on this system is tantamount to undermining the sovereignty of the people which is the cardinal underpinning of any republican democracy.

As Lorenzo Bini Smaghi, member of the Executive Board of the European Central Bank (ECB) put it at a conference on good governance in Budapest in 2007: “The incentives to circumvent the legal framework, with a view to influencing the behaviour of the central bank, are always looming. Therefore, strong vigilance—to use words that have a clear meaning in the world of central banks—is required to ensure that these incentives do not translate into actions. This is not only a task for the central bank or for political authorities, at the national and supranational levels, but for society as a whole, including the media and public opinion…. Central bank independence is a way to protect policy makers against the temptation of using monetary policy in a distortionary way. However, the temptation is not eliminated. This might be a reason why central bank independence appears to be strongly supported by the citizens.”

Smaghi’s words find an echo in a recent statement from former RBI governor Y Venugopal Reddy that “the institutional identity of India’s central bank has been damaged over time”. Noted The Indian Express in a lead edit: “It is worrying when a former RBI governor raises concerns relating to the credibility and reputation of the central bank.”

The concern stems from recent revelations suggesting that the RBI was arm-twisted by the government into recommending the November 2016 demonetisation of certain currency notes which is also the focus of Ajith Pillai’s cover story in this issue (Jan 30, 2017) of India Legal magazine.

Article 108 of the Treaty establishing the European Community is a sensible exa-mple of modern states guaranteeing the autonomy and impartiality of central banks: “Community institutions and bodies and the governments of the Member States undertake to respect this principle [of central bank independence] and not to seek to influence the members of the decision-making bodies of the ECB or of the national central banks in the performance of their tasks.”

The Indian tradition of RBI autonomy, even though under pressure from various regimes, including that of Pandit Nehru, has also been quite strong. RBI was nationalised by Parliament under the Banking Companies Act of 1949, “which made it a virtual monarch of the country’s banking system with vast powers conferred on it”, writes economist RC Mody, former principal of the RBI Staff College.

Mody recalls that the venerable CD Deshmukh, RBI’s first Indian governor, so jealously guarded his institution’s independence and autonomy that he once penned a furiously critical letter to an additional secretary in the Ministry of Finance for trying to communicate directly with a senior RBI official. This was when Nehru was prime minister.

RBI governors have had a tradition of being outspoken in defence of their institution. Some time ago, Duvvuri Subbarao, former RBI governor, while delivering the CD Deshmukh Memorial lecture in Hyderabad, warned: “The jury is still out on the issue of fiscal dominance of monetary policy. But it will be less than honest not to acknowledge that the monetary policy from fiscal compulsions is once again under threat, and resolving that threat involves credible efforts by both governments and central banks.” In other words, RBI autonomy is under a political threat.

Mr Urjit Patel, as the incumbent now in this hot seat, were you listening?