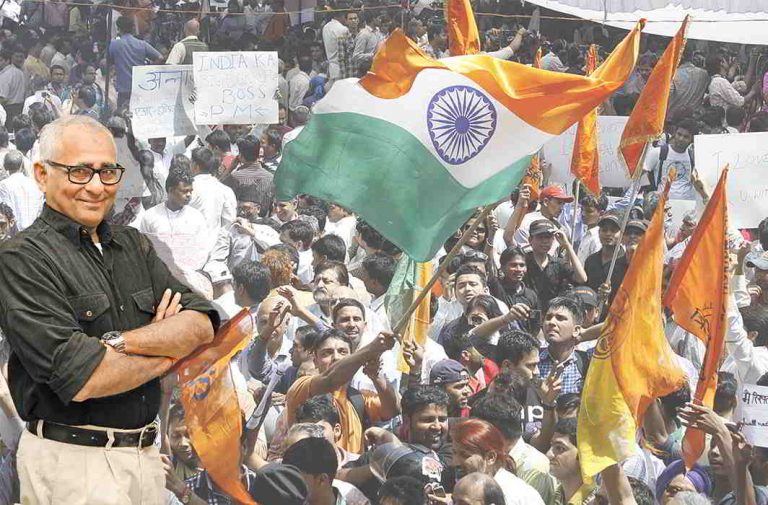 Last week our website www.indialegallive.com ran a passionate piece by Col R Hariharan, a soldier, intelligence advisor to the government, and leading national security analyst, emphasising that “nationalism is not a dirty word.” He is pained when he sees so-called liberals mocking the sacrifices of security forces battling and dying to preserve the unity and integrity of India or being made the scapegoats for bad policies made by politicians.

In a similar vein, V Anantha Nageswaran, Visiting Fellow, Vivekananda International Foundation, a research institution to which Prime Minister Modi pays close attention, wrote recently that Indian nationalism “is not outmoded in the context of the rise of China and Pakistan, the manner of their rise, their systematic and persistent hostility to India combined with their use of the social media and other pecuniary motivations.”

He was responding to Justice AP Shah’s MN Roy Memorial Lecture. In a blistering speech, the former Delhi High Court chief justice and chairman of the Twentieth Law Commission had criticised incipient intolerance and suppression of dissent in insidious ways. Shah argued that nationalism “cannot be compelled.” Nageswaran, while conceding the importance of someone of Shah’s stature to raise his voice, countered:

“(But) Indians have to accept certain (that can be defined) restrictions in their exercise of fundamental liberties. The state machinery will try to take advantage of the situation to place restrictions on domestic political dissent. But, courts, civil society and the media should and would play the role of ‘checks and balance’.”

Fair enough. But what I find anti-national is the use of nationalism as a figleaf to justify hidden agendas of majoritarianism characterised by the fanning of religious hatred. Who would ever imagine that Julio Ribeiro would one day, in a column for The Indian Express, lament that he feels persecuted and insecure in his own country.

Ribeiro is a Christian. But more than that, he has been a frontline soldier who was twice wounded in assassination attempts by separatist militants for leading from the front as Punjab’s police chief, in New Delhi’s battle against armed separatists. Ribeiro shed his blood for India in the same way as the jawans Col Hariharan speaks for in Kashmir and the Northeast.

Yet, for those who would use nationalism as a political cudgel against minorities in the surcharged atmosphere of India’s current political scenario Ribeiro is expendable. It is gut-wrenching to read him:

“Today, in my 86th year, I feel threatened, not wanted, reduced to a stranger in my own country.  The same category of citizens who had put their trust in me to rescue them from a force they could not comprehend have now come out of the woodwork to condemn me for practicing a religion that is different from theirs. I am not an Indian anymore, at least in the eyes of the proponents of the Hindu Rashtra.

“What should I do? What can I do to restore my confidence? I was born in this country. So were my ancestors, some 5,000 or more years ago. If my DNA is tested, it will not differ markedly from Bhagwat’s. It will certainly be the same as the country’s defence minister’s, as our ancestors arrived in Goa with the sage Parshuram at the same time. Perhaps we share a common ancestor somewhere down the line. It is an accident of history that my forefathers converted and his did not. I do not and never shall know the circumstances that made it so.”

Ribeiro’s  last words in that piece always come back to haunt me: “What does reassure me in these twilight years, though, is that there are those of the predominant Hindu faith who still remember my small contribution to the welfare of the country of our birth.”