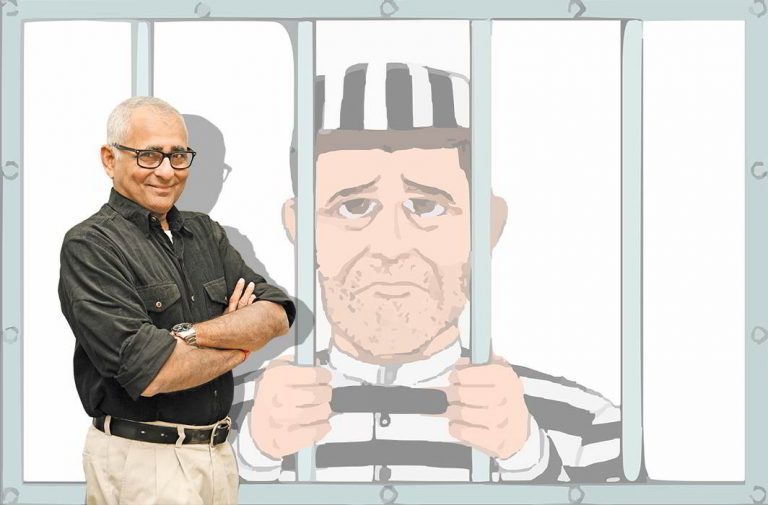 Kulbhushan Jadhav will not be the last man to be in the line of fire in the continuing war—covert and overt—between India and Pakistan. Therefore, the question to be asked is not whether he was an Indian spy or not, or whether Pakistan’s military court followed the due process of law in delivering the death sentence against him. Pakistan too will have to go beyond blinkered legalities. These will be quibbles for Jadhav and his family members, and they would only add to the ammunition of partisans on both sides—to be seen on the deathly television news channel discussion panels every night and in the long-winding arguments of the commentariat—and it would only cloud the basic issue of how to deal with individuals, with simple human beings caught in the cross-fire.

There are the Geneva Conventions to deal with soldiers and others caught on the wrong side during times of war. But there is no such legal framework to deal with the situation during peace-time. At the height of the Cold War in the 1950s through 1970s, the Americans and the Soviets evolved an unofficial way of dealing with such issues. Both sides understood that individuals caught are part of a system of operations, and no criminal intent can be attributed to them at a personal level.

Where there is evidence of an individual indulging in gratuitous violence beyond the call of duty, that person deserves to be punished according to the law of the land, assuming that there are universally accepted legal norms in place.

What is needed is respect for human rights, and yes human rights of those accused of spying as well. It is acknowledged in democracies at least that enemy aliens do not stand stripped of their basic human rights. Jadhav has claims to basic human rights. Pakistan has claimed that it has followed the due process of law in Jadhav’s case, and at the moment the point can be conceded because the appeal process is open to the Indian prisoner. But this will not be enough to deal with the issue, not just of Jadhav but of many in his position. And India will have to deal with instances of Pakistan nationals caught this side of the border.

The two sides will have to come to an understanding that they would not let individuals from either side to languish in jails or go to the gallows because of national rivalries which are power games with a bloody edge.

The two sides will have to come to an understanding that they would not let individuals from either side to languish in jails or go to the gallows because of national rivalries which are power games with a bloody edge. There are other ways of fighting these battles and it is not necessary to sacrifice individuals. Political leaders in the two countries will have to come to an agreement that when spies are caught they will be swapped, unless there is a criminal charge of violence against the person.

Ideally, these cases should be tried by international tribunals but sovereign states, including India and Pakistan, are loath to accept the jurisdiction of extra-territorial institutions. It would lend credibility to the processes of meting out justice and it would also expose the dirty games that each country plays against the other and all in the name of national interests. In its absence, the two countries should make things transparent by allowing access to the individuals in the dock, to their respective governments, to family members and to legal aid. India and Pakistan will continue to bicker against each other. It is unrealistic to expect that they will sit together and smoke the peace pipe. There is need for each country to put in place systems which do not smack of vengeance. India has a better record on this front. A humane state is not necessarily a weak state. Pakistan should learn this for its own good.