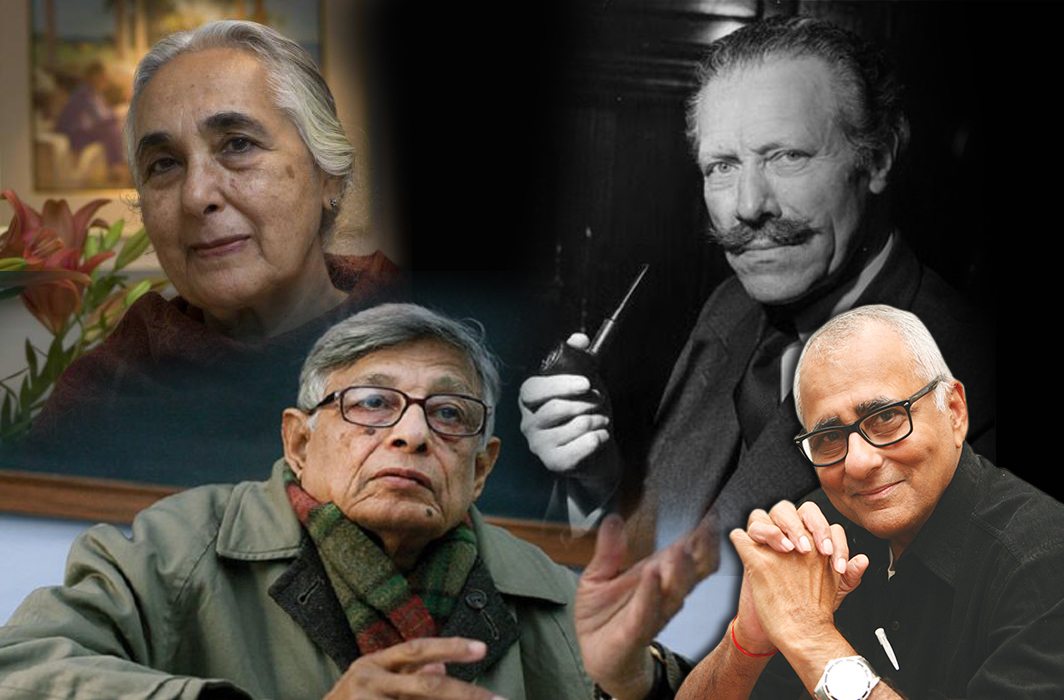 Ever since Prime Minister Narendra Modi appointed a committee of “scholars” under the guidance of Culture Minister Mahesh Sharma, ostensibly to re-examine and reconstruct Indian history, particularly the ancient and medieval periods, heated arguments have broken out whether this is yet another political tactic by the Sangh Parivar to legitimise its Hindutva-oriented foothold over India. The official answer is that there is no such intention.

“We are attempting to capture the antiquity of Indian history, culture and tradition. We will make recommendations and the committee will also be responsible to create resource materials and contents on the same,” a committee member said in response to a newspaper query. He denied the committee was linked to any effort to alter the reading of history. Other sources say the board’s directive could include an inspection of long-held perspective on the advent of Aryans and the fruition of Sanskrit. Saffron pundits have habitually confronted the Aryan “invasion” premise spelled out by some of the world’s most renowned scholars.

Actually, as I will demonstrate later with a few examples, the whole exercise really boils down to self-serving “facts” which are manipulated by ruling dispensations to convince people to buy into their political hegemony and dominance. At a practical level, though, how do you change history? Do you ban all books and papers by Romila Thapar, AL Basham, Vincent Smith, Percival Spear, Mortimer Wheeler, Jadunath Sircar, Prof Amin, Irfan Habib, Stuart Piggott? They reconstructed ancient India through unpublished texts, archaeological and numismatic evidence, oral history. Do you demolish the Asoka pillars promoting Buddhist thought in order to wipe out the memory of the emperor who shunned Hinduism? Do you revise Ambedkar’s sterling role in drafting the Constitution because he too burned the Hindu dharma shastras in public? Do you abolish the existing NCERT and university syllabi until new books written by ideological truth squads replace them? Do you ban Nehru’s Discovery of India and make Deen Dayal Upadhyay’s writings compulsory reading in the same way as Mao’s Little Red Book was made mandatory in China?

Do you ban Nehru’s Discovery of India? Do you revisit Ambedkar’s sterling role in drafting the Constitution because he too burned the Manusmriti in public?

Do you continue to replace statues and monuments and rename roads and buildings because they symbolise a narrative which does not suit your own? Revisiting or rewriting evidence-based history is not as easy as it sounds, though all authoritarian regimes try it. The beneficent “Uncle Joe” Stalin, as he liked to call himself while he reigned, was ultimately unmasked for the bloodthirsty tyrant that he was by Khrushchev during the Twentieth Congress. Mao the “Great Helmsman” had his golden statues pulled down by people who remember the famines caused by his social experiments. No monuments or statues of Hitler or his Nazis are allowed in Germany no matter how successfully he and Goebbels revisited German history to bolster their regime reviving the Teutonic and pre-historic Aryan past. Il Duce (Mussolini), the fascist who ruled Italy for 21 years with the promise of reviving the historical Roman Empire, was executed by his own people, his body was strung upside down in public while people kicked his corpse and spat on it.

Closer to home, no matter how beloved of the people he was, Nehru’s failure against China cannot be overlooked by hagiographers. And notwithstanding her success in defending Indian interests against Pakistan, no pro-Congress historian can erase or revisit the history of the Emergency or the shame of the 1984 anti-Sikh riots.

But people in power never learn. The next best thing to revising history is to distort facts, and deliberately misinterpret events from public platforms, the social media, mischievous pamphleteering within the current political context to create divisions, and caste and religious hatreds. These actually go hand in hand, quite often, with historical revisionism and legal distortions.

Among the most blatant of these is that Kashmir enjoys a special status because of the Congress’s appeasement of the Muslim-majority state and the benefits conferred on it through Article 370. This is not a digression from the main theme of this essay but an important example of how distortions and half-truths become obstacles in the path of peaceful and progressive solutions.

The common refrain of the RSS is that “special privileges” given to the Kashmiris (read Muslims) have prevented the state’s “full integration” with India. That is itself a lie. The truth about Kashmir is that it is as integrated with India as any other state—geographically, politically, and economically. A large number of its people may be emotionally alienated from India, but legally its accession is unquestionable under the terms on which the state handed over defence, foreign policy, currency and communications in 1947, and later became a part of the Indian Union under the Indian Constitution’s Article 370, a perfectly valid document which recognised the various articles and covenants which India signed with the erstwhile maharaja, and later the United Nations.