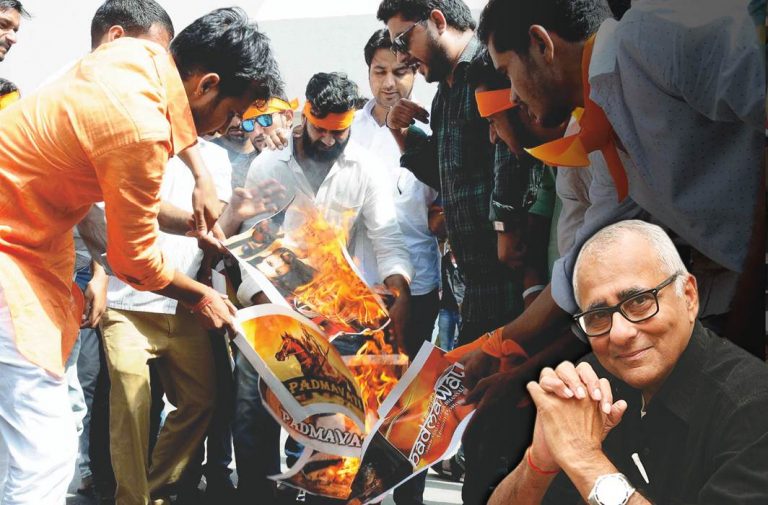 Despite several days of the yet unending controversy that has rocked India’s Supreme Court following mutinous accusations from brother judges against the captain of the ship, calling into serious opprobrium his helmsmanship, Chief Justice Dipak Misra last week displayed some of the most glorious aspects of the Court’s role as chief guardian of some of the nation’s most precious constitutional liberties—freedom of speech and expression.

Despite the challenge to these fundamental rights being supported by powerful politicians, pressure groups and state governments, Chief Justice Misra’s bench consisting of Justices AM Khanwilkar and DY Chandrachud stood like an impenetrable fortress. Our freedom of speech and expression as well as artistic licence, as our cover story points out, have often fallen prey to chauvinist bigotry and censorious aggression. Films, books, paintings, poetry, TV serials, inconvenient news stories, even stand-up comedians have been hounded out of the public space.

Self-styled guardians of public morality have often proven to be stronger than the Rule of Law. But in its recent call in the Padmavati case, the Court brooked no nonsense. There was no circumlocution in response to the mostly BJP-ruled states and the various vigilante senas supporting a ban on the release of the film. Instead, in a sterling defence of the freedom of speech and artistic expression, the justices fulminated with a rare verve which allowed the release of the film in all states and put the onus of upholding law and order where it squarely belongs—on the states.

This is one hearing I wish I had attended because it demonstrated that our top judges, no matter what the strain on them, can be eloquent in championing the majesty of the law. But the best reporting I saw on this appeared in The Indian Express, and it is my pleasant task to quote liberally from it:

Responding to (the government’s) arguments, the CJI said: “If you go by this, 60 per cent of literature, even classical literature of India, cannot be read.” The story of Nala and Damayanti, he said, was once translated by an Odisha scholar. “But the scholar was a puritan. He left out some parts, saying he doesn’t think it should be read now.” The scholar, the CJI said, was born in the 19th Century and was influenced by Victorian morality.

Salve mentioned Lady Chatterley’s Lover and said it was still selling. To this, the CJI remarked that in the 1970s, those who had not read the book were considered ill-qualified to discuss certain topics. As a judge of the Delhi High Court, he said, he had dismissed a petition which sought a ban on the film Dhobi Ghat. The plea was that it affected a community, he said.

Justice Chandrachud recalled his own experience when the Marathi play Me Nathuram Godse Boltoy  was sought to be banned. The argument, he said, was that it would disturb public order.

The CJI cited the case of Sakharam Binder, a Marathi play by Vijay Tendulkar that was banned in the country in 1974. He also mentioned instances of courts upholding freedom of expression by refusing to ban books like The Men Who Killed Gandhi and Gandhi: Naked Ambition.

The Supreme Court’s decision to stay the ban announced by four state governments on screening Padmaavat is unprecedented and should be viewed as such by the film industry and the Central Board of Film Certification. Moreover, the Court has directed the state governments—Rajasthan, Madhya Pradesh, Gujarat and Haryana—to ensure law and order.

What is equally important is that the makers of the movie, director Sanjay Leela Bhansali, his producers as well as the 500-plus cast and crew who worked on the film, have stood up to the freedom of speech and bullies. This needs to be loudly lauded because it comes from members of an industry that more often than not chooses to cower behind the flimsiest of reasons.

For this long, patient battle, the Supreme Court has rewarded Padmaavat with what is due to it, striking down the ban on the film’s screening so it can have a peaceful release on January 25. The Court has, in fact, placed the onus on the respective governments to ensure that fringe elements do not dictate terms in the running of the states.

India is not the only country in which bullies have tried to thwart freedom of artistic expression through the medium of film. Until the 1950s, America, believe it or not, was just as regressive. Until 1952, it was settled law in America that movies were not entitled to any substantive constitutional protection from state censorship

What is equally important is that the makers of Padmaavat, as well as the 500-plus cast and crew have stood up to the freedom of speech and bullies. This needs to be loudly lauded because it comes from members of an industry that more often than not chooses to cower behind the flimsiest of reasons.

According to the California Law Review (Vol. 42/Issue 1), a state or community could freely require that movies be submitted for official approval prior to any showing. The Supreme Court gave its blessing to this practice in Mutual Film Corp. v. Industrial Commission, which was consistently followed by the state and lower federal courts. The rationale for denying to movies the protection of free speech was that movies were a business “pure and simple”, and conducted solely to entertain and amuse, not to educate or inform, the Review says. “Free from constitutional impediments, the censor was little affected by any kind of judicially-imposed restraints. First, the lengthy process of appealing to the courts was often of no aid when the picture was of current value, particularly for newsreels.”

The irony is that initial objections to films like The Moon Is Blue and their subsequent censorship because they contained words like “virgin”, “seduce” and “pregnant”, came not from any official censors but from purely private groups. The Legion of Decency, a Catholic organisation, condemned the movie because “it seriously offends and tends to deny or ignore Christian and traditional standards of morality and decency,” says the Review.

“Suddenly the Supreme Court intruded itself into this setting. In May, 1952, the Court in Joseph Burstyn, Inc. v. Wilson stated without dissent: ‘We conclude that expression by means of motion pictures is included within the free speech and free press guaranty of the First and Fourteenth Amendments.’ The Burstyn case arose when The Miracle, an Italian picture which supposedly ridiculed the Virgin Birth, was banned by the New York censors because it was, under the New York statute, ‘sacrilegious’. The New York Court of Appeals, in affirming the decision, construed sacrilegious to mean that ‘no religion, as that word is understood by the ordinary, reasonable person, shall be treated with contempt, mockery, scorn and ridicule . . .’ The Supreme Court reversed the decision, holding that this standard was constitutionally inadequate… ‘the state has no legitimate interest in protecting any or all religions from views distasteful to them which is sufficient to justify prior restraints upon the expression of those views’.”

American judicial history appears to be repeating itself in India. As a recent report concluded about the Padmaavat case: “The film’s makers stood up for their rights. The country’s judicial system has yet again demonstrated that bullies have no place in a democracy.”