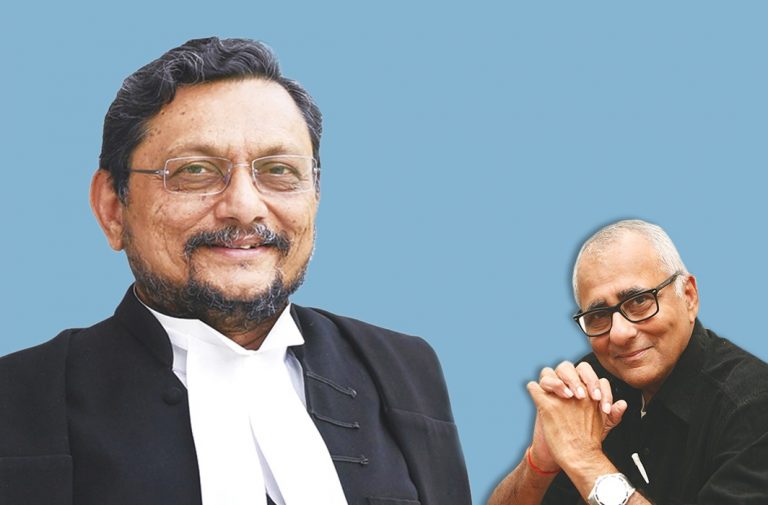 Our cover story this week zooms in on Sharad Arvind Bobde who will be sworn in on November 18 as India’s 47th chief justice. It will be a sobering day for the judiciary and for the nation, not only because of the solemnity of the occasion but also because continuity and constitutional propriety will have been maintained.

I seem to be stating the obvious. What I am doing, actually, is observing what could be a 2019 Diwali blessing on the apex court: a return to normalcy and propriety and, hopefully, a signalling of the maintenance of the independence of this institution as, perhaps, the most powerful guarantor of the strength of the edifice of the separation of powers and constitutional governance.

The word “return” is used here with deliberate intent. Normalcy, distressingly, seemed to have taken flight during the last several years with the controversy over the NJAC, the four judges’ rebellious presser, attempts to impeach then CJI Dipak Misra, the refusal of the Executive in following the Memorandum of Procedure in order to fill the vacant seats in the Court and the uncertainty over whether Misra would abide by the convention of recommending his next most senior Justice, Ranjan Gogoi, to succeed him and whether the centre would balk at this decision should he make it… the now-dismissed sexual harassment charges against the outgoing chief justice….

It just never seemed to end. And cynics, perhaps rightly so, were ready to believe anything. The current ruling dispensation is not exactly in love with the higher judiciary. It seems eager to see those judges on the bench whom they perceive, because of past records, to be more sympathetic to its views on privacy, religious disputes like Ayodhya, rule by Executive fiat and ordinances, the use of law enforcement agencies for political vendetta, human rights and habeas corpus. The possibility of supersession and indecorous manipulations hangs over the system like a Damoclean sword.

Even if the Lord is to be thanked for small mercies, it does come as a relief that Bobde’s appointment was de rigueur. As our cover story points out, Bobde is an officer and a gentleman and an incorrigible peacemaker who played a cardinal role in defusing the crisis that erupted on January 12, 2018, because of the press conference held by four senior puisne judges of the Supreme Court against then CJI Misra’s style of functioning as the administrative head of the Court.

Bobde’s role in resolving tensions and restoring normalcy within the Court in the following days may remain hidden from public knowledge “until one of those protagonists writes their memoirs to recall those events which tested the Court’s resilience”, says the cover story. According to one perceptive journalist, Bobde brokered peace between Misra on the one side and the four most senior judges—Justices J Chelameswar, Ranjan Gogoi, Madan B Lokur and Kurian Joseph—on the other.

It is also propitious that Bobde’s appointment comes at a time when the Supreme Court, for the first time, is functioning with 34 judges—the sanctioned full strength. It reached its current number in September when CJI Gogoi administered the oath to four new judges recommended by the Collegium and cleared by the Supreme Court. The four new faces were  former chief justices of various High Courts—V Ramasubramanian of Himachal Pradesh High Court, Krishna Murari of Punjab and Haryana High Court, S Ravindra Bhat of Rajasthan High Court and Hrishikesh Roy of Kerala High Court.

With this enhancement, the Supreme Court threw open the doors of two new courtrooms, Numbers 16 & 17, much to the delight of lawyers and litigants who huddle and jostle for hours in the serpentine corridors of the Court. The number of judges was increased to 34 following the passage of the Supreme Court (Number of Judges) Bill of 2019 into law.

This increase followed the CJI’s plea to the prime minister to enlarge the number of judges. The Supreme Court (Number of Judges) Act, 1956, originally provided for a maximum of 10 judges (excluding the CJI). This increased to 13 through the Supreme Court (Number of Judges) Amendment Act, 1960, and to 17 in 1977. Subsequent increment followed: In 1986, the strength was 25, excluding the CJI. Subsequently, in 2009, it went up by five to a total of 30; but the Court never worked at full strength as it is doing now.

Today, Bobde has his hands full. The Supreme Court is celebrating its 70th year. Its image, as our cover story observes, is far different from what it was in its early years. Its sheer new size poses a challenge in ensuring its coherence. With the demand to set up regional benches of the Supreme Court coming from Vice-president M Venkaiah Naidu himself, the stakes for safeguarding the image of the Court as the only institution where every citizen can have faith in protecting and promoting the ideals of the Constitution, are very high.

The office of the CJI, our cover story points out, “epitomises the institution of the judiciary itself, although he himself is only first among equals in the Supreme Court. The CJI, as the administrative head of the Supreme Court, provides leadership to the entire higher judiciary by seeking to ensure discipline and accountability of the judges. He exercises this responsibility formally through the collegium by making recommendations to the centre to appoint and transfer judges of the higher judiciary and is expected to protect the institutional interests vis-à-vis pressures from the executive”.

In addition, as the head of the judicial family, the CJI is also expected to perform an informal role in redressing complaints against individual judges by setting up
in-house inquiry committees to probe them. The CJI also exercises his powers through High Court chief justices to withdraw work from those judges who defy his advice to quit if the committee finds substance in complaints against them. The CJI also has the power to permit investigative agencies such as the police and the CBI to probe allegations against judges and register FIRs if necessary.

The oath of office that the new CJI will be administered, as spelled out in the Third Schedule of the Constitution, may sound simple on the face of  it but it sets the bar high:

“I, Sharad Arvind Bobde, having been appointed Chief Justice of the Supreme Court of India, do swear in the name of God that I will bear true faith and allegiance to the Constitution of India as by law established, I will uphold the sovereignty and integrity of India. I will duly and faithfully and to the best of my ability, knowledge and judgment perform the duties of my office without fear or favour, affection or ill-will and that I will uphold the Constitution and the laws.”

Good luck, Mr CJI. And welcome to your crown of thorns.