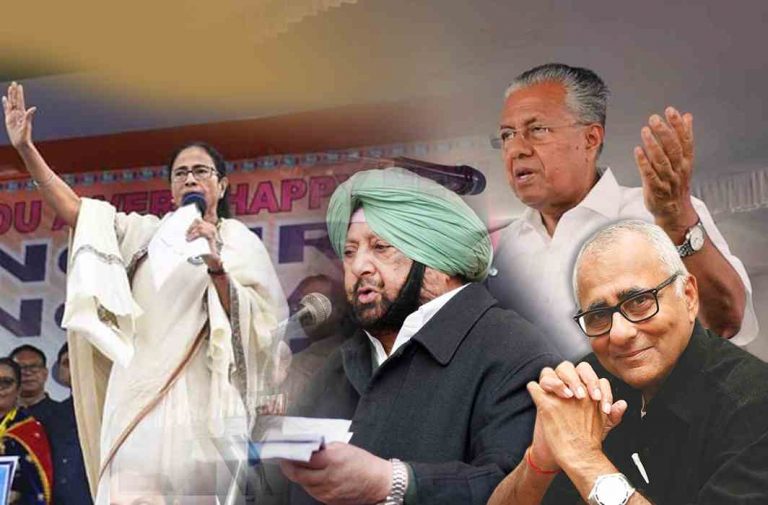 The ugly tug-of-war between the “state” of Delhi and the lieutenant governor (LG) that surfaced several years ago as Najeeb Jung tried to thwart the administrative initiatives of Prime Minister Narendra Modi’s arch political foe Arvind Kejriwal seems finally to be coming to a head. But not in the nation’s capital where Article 239AA (of the Constitution), unique to Delhi, prima facie appears to give more power to the lieutenant governor unlike other Union Territories. This time, the controversy is threatening to snowball into a national constitutional crisis with states threatening not only to refuse to implement a law passed by Parliament but also the primacy of the central government to implement legislation.

The fire has been lit by several states whose chief ministers, heeding unprecedented nationwide protests, have proclaimed that they would refuse to implement the Citizenship (Amendment) Act (CAA), National Register of Citizens (NRC) and the National Population Register (NPR) on the ground that these measures violate the basic structure of the Constitution. In fact, the Kerala state legislature, in a rare display of bipartisan unity, threw the gauntlet, passing a resolution to this effect in the legislative assembly. Kerala Governor Arif Mohammed Khan, in what appeared to be a blatant political statement, slammed the assembly resolution as illegal and unconstitutional, asserting citizenship was governed exclusively by the centre.

This appears to be the newest match in the tinderbox which has ignited a fierce debate on the very nature and idea of India: Is this a union of states which came into being under special treaties with over 560 small and large independent kingdoms after India gained freedom from the British, with varying degrees of autonomy carved out under central, concurrent and state laws? Or is this autonomy subject to the goodwill and constitutional morality exercised by the centre and can be snatched away at a whim by a majoritarian government by simply declaring President’s Rule under Article 356 or, heaven forbid, stripping the state of its statehood and converting it into a Union Territory as in the case of Jammu & Kashmir?

Could the central government exercise this power—invoked under the provision of a breakdown of the constitutional order—against a state refusing to implement CAA-NRC-NPR?

The matter seems headed for the courts which must, perforce, draw a fair and workable line bet­ween the constitutional powers and their perfunctory misuse by a governor and the legitimately constituted authority of a chief minister who draws his authority to govern from (WE) the people. The question arises of where true sovereignty resides. Agreed, Delhi is a special case: it is the seat of India’s central governance, with its own set of law and order compulsions arising from the presence of international embassies, the residence of the President of India as well as Members of Parliament and an assortment of VIPs. It possibly needs a stronger central role in managing its affairs than other states.

The “balance” is ultimately what the court will look for. On a wider constitutional canvas, the issue is really about cooperative federalism on which the Indian nation was glued together. Founding Fathers Jawaharlal Nehru and BR Ambedkar were extremely wary that governors’ powers to dismiss popular state governments under Article 356 would be misused and politicised. They insisted these powers be curtailed or used only in the rarest of rare cases like a total constitutional meltdown.

The Founding Fathers envisaged governors to be the agents of the constitutional central polity and not the handmaidens of any political party. This precept has been abused ad infinitum, ad nauseam by all political parties. It is indeed encouraging to see that the Supreme Court has not shied away from attempting to grapple with an issue that goes to the very root of Indian federalism.