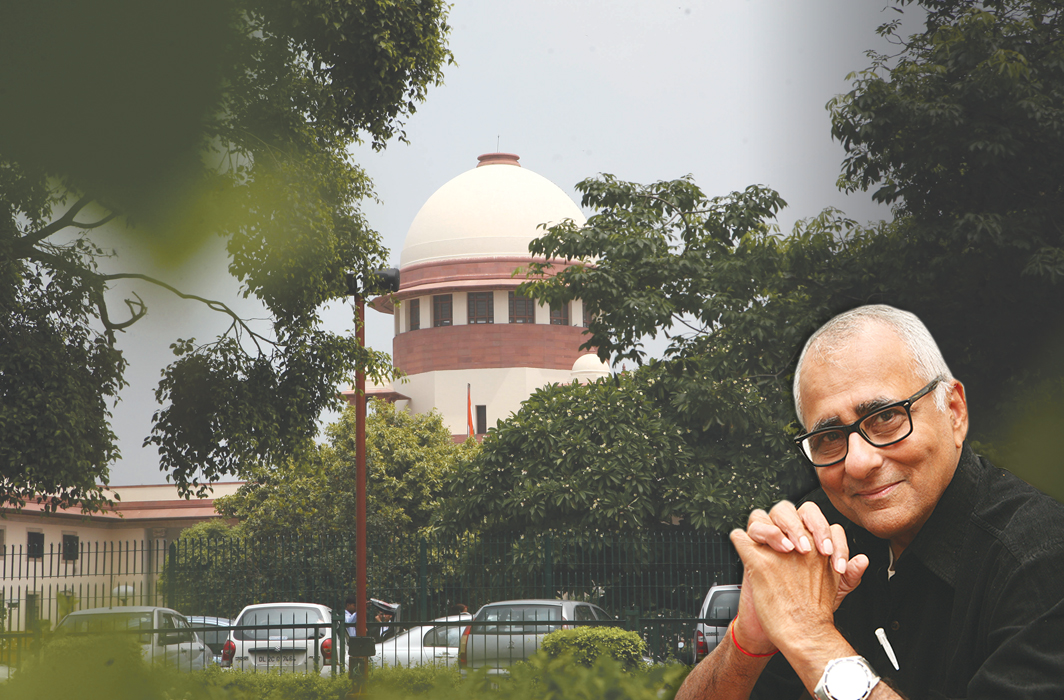 The last thing that the Indian Supreme Court needs right now is yet another controversy that will be used by opponents of an independent judiciary to cast aspersions on its probity and integrity. But it appears as if each time a fire is doused, another conflagration is kindled. Ever since the virtually open warfare broke out between the Executive and the Judiciary over the validity of the Collegium system for the promotion, transfer and elevation of judges, there has been an uneasy truce between these co-equal branches of our Republican system of government.

The Supreme Court has stuck tenaciously to the paradigm that no matter what the criticism of the Collegium, comprising the five senior-most justices, as a “private club” whose monopoly should be busted through the induction of outsiders into their decision-making in order to avoid any suspicion of favouritism or nepotism, it should be completely insulated from Executive tampering which could lead to the politicisation of the only institution empowered to uphold and enforce the Constitution. To this end, the Court threw out as unconstitutional legislation introduced by the Modi government that would have allowed Executive ingress into this exclusive domain.

There followed several other crises, not the least among them being open warring between different benches, the mini-mutiny as expressed in the unprecedented press conference led by four senior judges, including current CJI Ranjan Gogoi in which they expressed their dissatisfaction with the selection process and assignment of cases. This was followed by the ugly spectacle of a politically-inspired impeachment motion against former CJI Dipak Misra. Hardly had the dust settled following Gogoi’s elevation to the top post than the CBI leadership crisis hogged the front pages. This was exacerbated by revelations that Justice AK Sikri, who had been chosen by the CJI to participate in the final adjudication process concerning ousted CBI chief Alok Verma (who had become a thorn in the side of the Modi government), had been offered a plum foreign posting after his retirement—an offer that Justice Sikri was forced to decline after the matter became public.

And now, the Supreme Court is straddled with yet another controversy following the out-of-turn elevation of two judges. The question is not whether the two honourable justices are qualified and thoroughly competent. What is troubling is that this whole matter has once again given ammunition to adversaries of judicial independence who will use this as an example to cast aspersions on the highest court of the land. They will try and create doubts about the fairness of the system in order to take political advantage in pushing their own agendas at the expense of the Court’s reputation.

Our cover story analyses what went wrong in the selection process and why this would give ammunition to those who would try and bring the whole system into disrepute. To recap from this story: “The New Year has meant key changes in the Supreme Court in terms of two new judges joining the Court on January 18. The chief justice of Karnataka High Court, Dinesh Maheshwari, and a judge of Delhi High Court, Justice Sanjiv Khanna, were administered the oath of office by the Chief Justice of India, Ranjan Gogoi, in his Court, despite a raging controversy over the merits of the Collegium’s recommendation to elevate them, overlooking their lack of seniority over the other eligible judges in the consideration zone. The critics of the Collegium’s decision alleged that while recommending these two judges for elevation to the Supreme Court, it simply ignored the requirements of law and the established conventions. Their grievance was that the Collegium unjustly jettisoned its resolution adopted at its December 12, 2018, meeting in which it recommended the elevation of the Chief Justice of Delhi High Court, Justice Rajendra Menon, and the Chief Justice of Rajasthan High Court, Justice Pradeep Nandrajog, to the Supreme Court. These two judges were senior to Justices Maheshwari and Khanna, and seniority being an important criterion, it was pointed out, the Collegium ought not to have ignored it.”

Our correspondent writes: “Conventions and the procedure established by the Supreme Court’s judgment in the Second Judges case, the critics pointed out, require that once the Collegium resolves to recommend judges for appointment, the names are sent forthwith to the government for processing. But the Collegium which recommended certain names of judges in its meeting on December 12 last year did not ensure that its resolutions were uploaded on the Supreme Court’s website, and formally sent to the Centre for processing.”

The article further says: “The Collegium was of the considered view that both Justices Maheshwari and Khanna are more deserving and suitable in all respects than other chief justices and senior puisne judges of High Courts for being appointed as judges of the Supreme Court of India.

“While recommending their names, the Collegium claimed to have taken into consideration their combined seniority on all-India basis of chief justices and senior puisne judges of High Courts, apart from their merit and integrity. The Collegium also claimed to have kept in mind the desirability of giving due representation on the Bench of the Supreme Court, as far as possible, to all the High Courts.”

Our legal analyst concludes in his piece that critics are right in asking the CJI and the Collegium members whether there is any strong and cogent reason to justify a departure from the order of seniority, as envisaged in the Supreme Court’s judgment in the Second Judges case, and if so, it must be shared with the public.

“But the CJI appears to have taken a stand that disclosure of adverse material against a judge serving in the High Court could compromise his or her continuance as a High Court judge, and therefore, should be better avoided. The reason is convincing if there is supersession of one or two judges, or when a need is felt to elevate a not so senior judge to ensure geographical, social and regional diversity. But when the list of superseded judges in the all-India list of eligible High Court judges is so huge, as in the present case, misgivings are bound to arise as to whether there are strong and cogent reasons for departing from the principle of seniority,” our story says.

It ends on a sobering note: “Questions continue to be asked a year after that (four-judge) press conference whether the current CJI, Ranjan Gogoi, who was part of that presser, has taken the necessary systemic steps to inspire the confidence of the public in the institution of the Court and made it more transparent.”