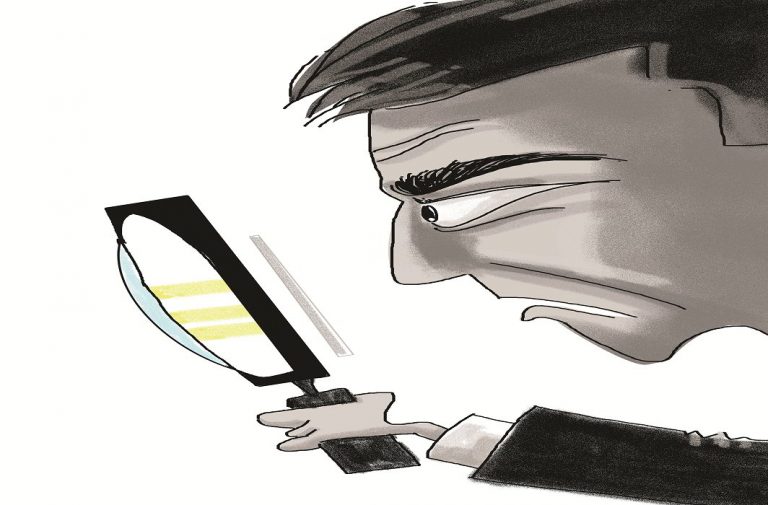 There was a shocking admission by a former CBI officer last week regarding the investigation the country’s premier agency conducted in the Rajiv Gandhi assassination case. The officer, V Thiagarajan, confessed that he had hidden facts about the interrogation of one of the accused in the conspiracy resulting in the man, named Perarivalam, being sent to jail where he has been for the last 18 years, most spent in solitary confinement. Now, the ex-officer has filed a petition in the courts admitting to his lapse and saying he was under pressure to obtain confessions and establish a wide-spread conspiracy in the high-profile case. Pressure is the key word. Investigating agencies have a tendency to succumb to pressure by the government, politicians and VIPs, and even the public which often results in sloppy investigations. There have been any number of times when Indian courts have admonished the police and security agencies for shoddy investigations and the jailing of innocents.

The classic case was the Talwars where the husband and wife were sent to jail on charges of killing their daughter, based on police and CBI investigations. The Allahabad High Court set them free last month, coming down hard on the investigators for ignoring basic procedures and evidence. The truth is that in both the Talwar case and the Ryan school boy murder, widespread public outrage led the investigators to cut corners and proceed with undue haste. The latter case has led to a bus conductor finding himself behind bars when he may well be innocent. Indeed, the huge population of undertrials in India—almost 66 percent of those languishing in prisons—violates the primary legal convention that there should be no punishment till there is a guilty verdict after due process. What that means is many undertrials could actually be innocent of the crimes they have been accused of. Justice delayed is as bad as justice denied and only now has the Supreme Court laid down a two-month deadline for state governments to depute officers to visit prisons and identify undertrials who can be given bail.

Over-dependence on the CBI discourages state police forces from developing the necessary expertise and practices for investigating and prosecuting crime. Unless the CBI is freed from its political pressures, it can never be properly focused and honed to perform its primary task—tackling corruption and bringing financial criminals to justice

Earlier this year, the Law Commission, in its 268th Report, declared: “It has become a norm than an aberration in most jurisdictions including India that the powerful, rich and influential obtain bail promptly and with ease, whereas the masses/the common/the poor languish in jails.” The Commission recommended to the government certain amendments to the bail provisions in the Criminal Procedure Code which focused on the early release of undertrials on bail. It also recommended that undertrials who have completed one-third of the maximum sentence for offences up to seven years be released immediately on bail. Those who are awaiting trial for offences punishable with imprisonment of more than seven years should be given bail if they have completed one-half of their sentence. The Commission said new legal provisions for remission should be included to cover those undertrials who have already endured the full length of the maximum sentence. The report also noted that prolonged periods in prison where undertrials and convicts are not segregated, would only make hardened criminals of the former. Basically, the report made a strong case for introducing urgent amendments to rescue undertrials who may even be innocent of the crimes they are charged with.

The Talwars spent three years in jail for a crime the courts say they did not commit. The “clinching” evidence was submitted by the CBI which held numerous press conferences to crow about its investigation. If the country’s premier investigating agency can err so badly, there must be something seriously wrong. This has much to do with the fact that the CBI, a “caged parrot”, as one of the Supreme Court judges described it, has been forced to deviate from its stated goal by its political masters. The agency was originally set up to investigate corruption, financial crimes, cases against government employees or involving the central government and cases that have an international dimension. It is now widely used as a weapon against the opposition and is the first choice prosecuting agency for any case that involves VIPs or which has even the remotest connection to the ruling establishment. In more recent years, it has started getting majorly involved in cases related to terrorism and cybercrime.

To be fair to the agency, much of the flak it gets for criminal cases that turn out to be shoddy or not properly investigated is not entirely its fault. The problem is that investigating conventional crime is not its core mandate. Investigation of economic offences and corruption is what it was mandated to do and trained for. A majority of its best investigators are those trained to investigate economic crimes. Conventional crime is usually dealt with by the state police. Nowadays, transfer of criminal cases from the police to the CBI has become a knee-jerk reaction. What this does is encourage politicisation of the force and pressure from the government of the day to hasten investigations and deliver a verdict the political master would favour. There is a flip side to this as well. This over-dependence on the CBI discourages state police forces from developing the necessary expertise and practices for investigating and prosecuting crime.

The obvious inference is that unless the CBI is freed from its political pressures, it can never be properly focused and honed to perform its primary task—tackling corruption and bringing financial criminals to justice. The CBI, because of its exalted position, has access to modern technology and some expertise in tackling cybercrime but the same cannot be said for the police. They continue to be hopelessly outdated in their staffing pattern, skills and equipment. They need technology and modern forensic tools to collect evidence, investigate and prosecute. In most cases, including the one involving the Talwars, forensic evidence is messed up because it is sent to outside laboratories since the police lack their own forensic facilities. Twenty-first century criminals need 21st century tools as well as domain expertise to tackle modern day crime; which is why there is a growing tendency on the part of courts to view with suspicion the evidence laid out by the police.

The provision contained in Section 25 of the Evidence Act which provides that a confession made to a police officer is not admissible as evidence in a court of law, is a pointer to the handicaps faced by the police forces. The existing system of policing and investigation still involves the old British Raj way of beating a confession out of the suspect (s), especially if they come from the lower end of the social ladder. The bus conductor in the Ryan school murder says he was beaten to extract a confession. Under duress, to use the legal phraseology. The police organisation in the country still operates pretty much under the Indian Police Act of 1861, with minor modifications since then. The CBI has better training, expertise and technology but remains the caged parrot operating under severe restrictions and unwritten orders. Both the police and the CBI suffer from a similar disease. Criminalisation of politics has led to a culture of impunity for those with access to the powers that be, while the politicisation of the CBI has led to it operating on the dog whistle principle. As the Aarushi Talwar murder and the Ryan school case show, the higher the profile of the case, the greater the chances of convicting someone innocent of the crime. What that ensures is embarrassment to the investigating agencies—and the country.