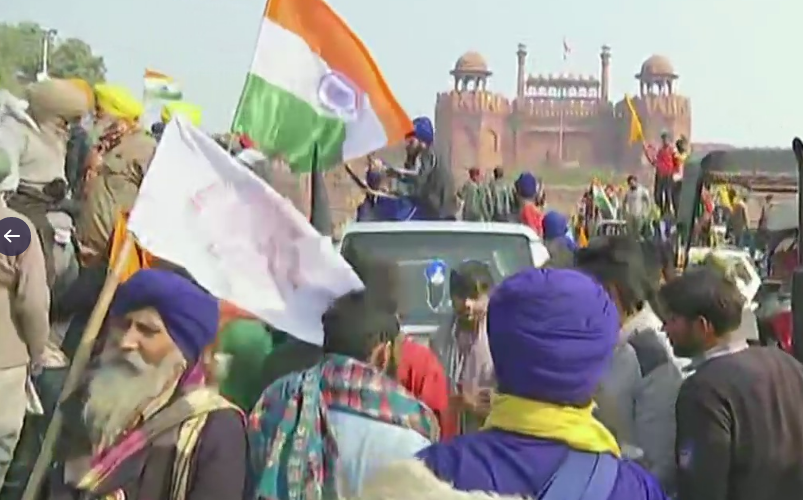 A Public Interest Litigation has been filed in the Delhi High Court alleging that the violence that took place on January 26 shows the complete failure of the government and in particular that of Delhi Police in maintaining law and order in proper and effective manner and controlling activities of miscreants.

The plea filed by Dhananjai Jain through his Advocate Bhoop Singh stating,

“While the nation was celebrating Republic Day, a large number of agitating farmers came out on tractors and started moving at will… they did not confine to the agreed route and came out and started running to different places. They not only disrupted the normal life but also tried to attack the police personnel on duty.”

“It is a matter of absolute shame that the armed police of Delhi was seen in a state of utter helplessness being chased, threatened and beaten-up by the protesters and seemed to be at their mercy. Due to lack of timely decision making by the Commissioner and other highly placed officials of Delhi Police the police post at the Red Fort was abandoned by the police. Despite the police being chased away by the protesters brandishing swords and other weapons of assault the higher officials of the police did not wield appropriate force to deter and disperse the mob of protestors resulting into structure of the token of sovereignty of India namely the Red Fort being put under siege by the protesters. The national monument and national flag was humiliated by hoisting the flag of the protestors,”

The petitioner has averred, that any agitation has to be on democratic and civilized lines as per rights guaranteed under the Constitution and can under no circumstances take to violence which has been witnessed in an unprecedented manner in the capital city of Delhi.

The petitioner has sought directions to remove people squatting under the garb of Kisan Agitation and clear all the roads and public places, putting adequate para-military forces to protect important monuments and ensuring the safety of life and property of citizens of Delhi.

The petitioner has further sought a direction to remove the present Commissioner of Police from his post and punish all the police officers who failed in discharging their duty.