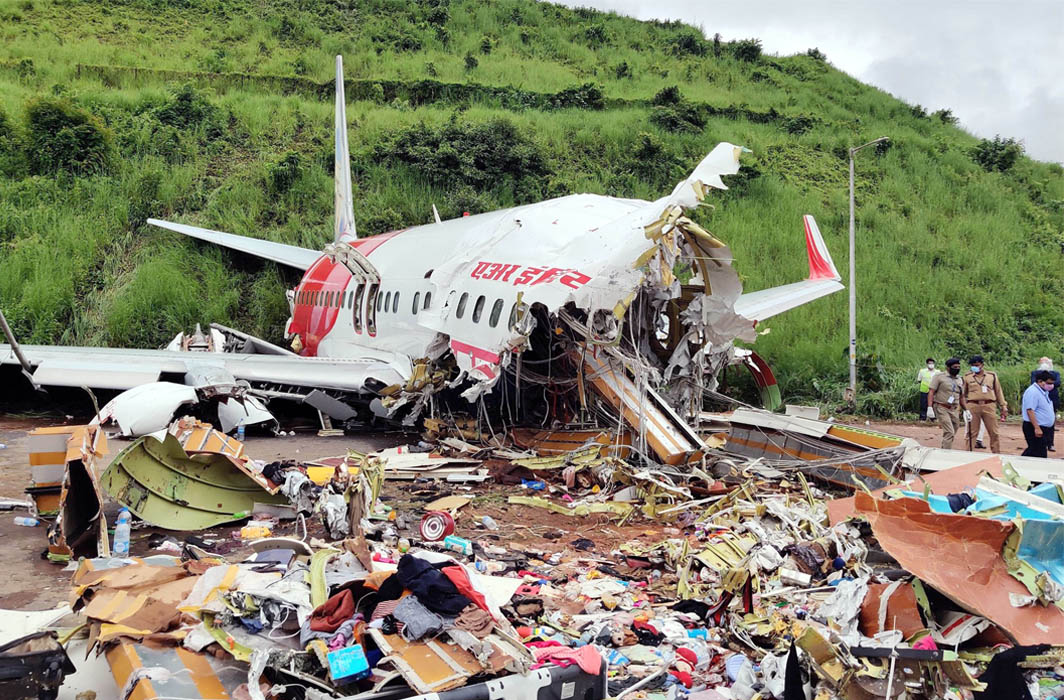 Due to the spate of air crashes, insurance premiums have increased, putting beleaguered airlines in a bind. But insurers should support them and not tighten rules when contracts come up for renewal.

THIS year has become a depressing one for airlines with the pandemic affecting the sector grievously. Not only has it led to many airlines going bankrupt, but the travel constraints and infection of airline crew have led to all-round unhappiness.

The International Air Transport Association has already sketched a grim picture and said that worldwide, air companies are expected to lose approximately $85 billion this year for a net loss margin of around 20 percent. In addition, it predicts aviation sector revenues to fall from $838 billion to $419 billion, passenger revenues to be about a third of 2019 levels and passenger numbers to nearly halve to 2.25 billion. This would equate to an average net loss of $38 per passenger. Thus financially, 2020 will go down as the nastiest year in the history of the aviation industry.

If that wasn’t bad enough, recent air crashes and incidents have led to both airlines and insurers going through tough times. In January 2020, the Iranian Islamic Revolutionary Guards shot down a Boeing 737-800 of Ukraine after it took off from Tehran’s Imam Khomeini International Airport. In February 2020, Pegasus Airlines’ Boeing 737-800 skidded off the airstrip while landing at Turkey’s Istanbul-SabihaGökçen International Airport. In May 2020, an Airbus A320 of Pakistan crashed in a thickly inhabited area in Karachi. Many were killed and aircraft damaged in all these accidents.

Tragically, in India, an Air India Express Boeing 737-800 skidded off a table-top runway in Kozhikode this month and went down a 35m slope. Eighteen people, including both the pilots, lost their lives and the aircraft was completely wrecked. Consequently, along with a public sector insurance conglomerate headed by New India Insurance which reinsured the risk overseas, global reinsurers will have to reimburse almost all the insured value of the plane. Many insurance partakers feel that premiums may get elevated in the next fiscal year due to the increase in calamities. This is a matter of grave concern for the beleaguered airline industry.

With increasing sophistication in airline operations and the resulting risks, the aviation industry has gone through a chain of shakedowns. This cemented the way for aviation insurance, which is a dedicated insurance framed to offer coverage for precise operations of an aircraft and other conceivable jeopardising situations in aviation.

Although aviation insurance was first introduced in the early years of the 20th century, the concept gained importance only in recent times. Numerous aircraft tragedies have not only encouraged more and more people to buy aviation insurance, but it has amplified the number of claims by a gigantic margin.

The clauses, terms and limits in aviation insurance are exceptionally inimitable. The nature of coverage and the amount of premium hinge on the type of aircraft that is being covered by the policy. Aircraft insurance provides protection against a wide range of perils in aircraft. Across-the-board coverage may also include impairment caused to airports, hangars and other land-based property.

New India Assurance Company Limited, Allianz Global Corporate & Specialty, AON Global India, Farsight India Wealth Management and Emedlife are the few companies which offer aviation insurance to customers. Though the claim process is quick and hassle-free, a number of documents relating to aircraft, flight and crew details, documented proof of the accident, information about the aircraft’s maintenance and engineering and operational manuals have to be submitted for the settlement. There are many aviation policies with attractive features, viable cover plans and a lot more.

According to a survey in London, as a result of the deadly coronavirus, the aviation segment holds the highest risk of corporate default. More over, due to a major portion of the operating costs aircraft leasing, maintenance and fuel overheads being paid in American dollars, Indian airlines are finding it tough to run operations when the rupee has devalued by approximately 6 percent since January 2020.

In addition, the burden of insurance premiums too has mounted. The insurance industry too has been badly affected by the winds of change since 2017. It suffered a huge loss of $130 billion because of hurricanes, wildfires and other natural adversities. The sector thought that aviation was not affected by these unlucky events and decided to tighten the rules for it. Insurance premiums were increased when contracts came up for renewal and renegotiation. It was very difficult for the aviation insurance consumer to admit these sky high rates with more strict underwriting guidelines. However, aircraft owners and operators should keep in mind that the long-term health of the aviation insurance industry is at stake.

According to a report of the insurance industry, as a result of weak cash flow, many airlines have postponed policy renewals and new policy purchases by three months to a year. They have also demanded waiver on renewal of insurance policies and 30 to 40 percent lower premiums. They are also looking to better the terms and conditions with their insurers. On the other hand, during 2019-20, the premium from sales of new aviation policies stood at approximately Rs 687 crore, which was roughly 24 percent higher than the Rs 556 crore collected by insurers the previous financial year.

These higher insurance costs, unfortunately, came at a time when loss ratios were increasing, leading to lack of profits. Many insurers have stiffened underwriting strategies and are now refusing risks they would have quoted in the past. A large number of aircraft owners will find that there is less elasticity on recurrent-training necessities, more unwillingness to over-insure hull values and offer high liability edges, and less attention from underwriters when there is any loss history on an account.

In 2015, the Directorate General of Civil Aviation made it compulsory for pilots to undertake a psychiatric test before takeoff as any failure to pass the test could lead to cancellation of flights and claims. This has increased the burden for the airline industry already confronting greater cost of insurance after a Malaysian Airlines flight MH370 disappeared on March 8, 2014, while flying from Kuala Lumpur to Beijing Capital International Airport over South China Sea.

The newest chapter in these aviation tragedies is the present one of Air India Express. Having approximately 170 aircraft in its kitty, Air India has adequately been covered by insurance that includes aircraft or hull and liability for third party and passengers. The consortium headed by New India Insurance retained only 5 percent of the risk and 5 percent has been reinsured with General Insurance Corporation of India. The balance 90 percent lies with the global reinsurers and American International Group is the prime underwriter.

Due to the complete damage of the plane and keeping the obligation to pay the passengers, Air India hopes to recover the entire insured amount. Even industry experts are of the same view as the plane cannot be recovered. The flight has been reinsured for Rs 375 crore and about $30 million has been paid by the airline while renewing the policy in April 2020. However, because of depreciation and related notional expenditures, the illomened plane would be around or less than the original cost. Reinsurers will definitely consider this along with other details relating to the disaster before resolving the claim. Further­more, Air India may have to spit out more insurance premium when it renews the cover in future. While a small number of insurance participants believe that since the global accident tendency has been mostly steady and the crash may not increase the insurance premium burden throughout the industry, many antagonistic aspects have already doubled Air India’s insurance renewal cost for the previous fiscal years.

To conclude, insurers should comprehend the rigorousness of the scenario and must be sympathetic towards the aviation industry. They should also understand that airlines are streamlining their fuel, staff and leasing overheads, depreciation, maintenance, airport and other service provider charges by ending unprofitable operation routes, curtailing their fuel consumption, reducing maintenance costs, etc. After taking note of their financial well-being and cash reserves, insurance companies should support airlines. Never the less, airline insurers have a commitment to their shareholders to undergo stern scrutiny in order to tackle a situation where they might face increased credit risk and debts. But as the aviation industry is distressed, insurers may have to accept a lower expectation of premium. This will bring in more secure times and both can fly together in a congenial atmosphere in the cockpit.

—The writer is a tax specialist and financial adviser

Did you find apk for android? You can find new Free Android Games and apps.
Share
Facebook
Twitter
Pinterest
WhatsApp
Previous articleBombay HC no to temple opening, says ‘God is within us’
Next articleSupreme Court declines bail to Unitech promoters Sanjay and Ajay Chandra

The Supreme Court on Tue...
Read more
India Legal
Did you find apk for android? You can find new Free Android Games and apps.