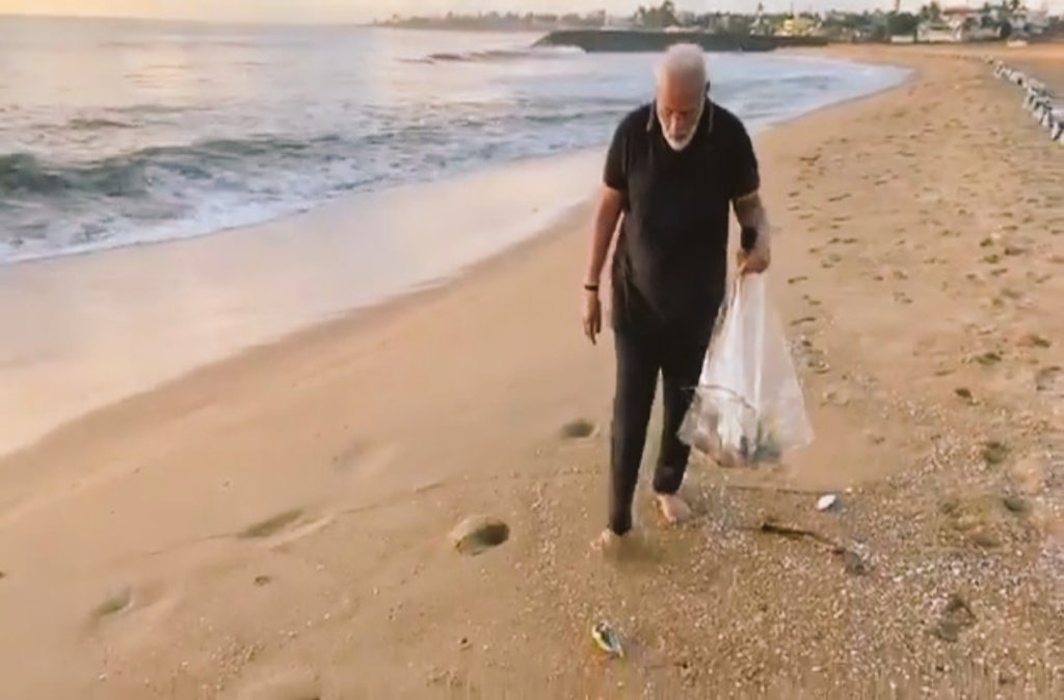 Here’s a new fitness mantra—exercise your right to a healthy environment. That, of course, translates into plogging, the new wave activity that is taking the world by storm. Now, thanks to a certain Mr Modi and a beach in Tamil Nadu, it has added a political twist to what is essentially an issue that combines daily exercise with maintaining a clean conscience-literally!  Fads and trends to do with exercise and maintaining a healthy lifestyle appear and disappear almost as quickly as your morning shot of a Kale and Ginger smoothie, but plogging has endured and grown into the biggest Swedish export since Abba, Volvo cars (now Chinese owned), and Greta Thornberg. Here’s the catch—if you’re a gym rat with awareness and concern about the environment, you can stop reading this. It is a purely an outdoor activity. The word Plogging is a combo of jogging and picking up litter left behind by global warming skeptics. It was started by a Swedish jogger named Erik Ahlstrom who said he was “shocked by the amount of junk there was in nature. The same debris could remain in the road for several weeks without anyone picking it up, so I started picking it up. It felt good in my heart to clean up even a small place.” Stopping to clean up trash became a habit, then a part of his exercise routine as he incorporated the activity into his runs. By 2016, plogging runs, with groups of couple coming together to run and pick up trash, became official events in Sweden.

Since then the movement has grown organically around the world, thanks in large part to social media and the rising concerns about plastic pollution. Even as a workout, it is proving highly beneficial according to fitness experts since it provides variety in body movements by adding bending, squatting and stretching to mere running, hiking, or walking. The combo of exercise and environment is even creating local heroes, like Ahlstrom in Sweden. In America, plogging is gaining ground rapidly, with the Keep America Beautiful organisation and in Tennessee, where plogging has been translated into Trashercize. The global spread has led to over 40 countries being represented in the official online “Plogga” group started by Ahlstrom. While Europe and America have led the way, plogging groups can now be found in Ecuador and Thailand, and, post-Modi, in India, hopefully, where it is needed the most. The beauty of plogging, Ahlström believes, is its simplicity. Unlike many other exercise trends, it doesn’t require classes or expensive equipment, just a bag (plastic, single use) and a desire to make a positive difference. The acupressure roller that Modi used is an optional extra.