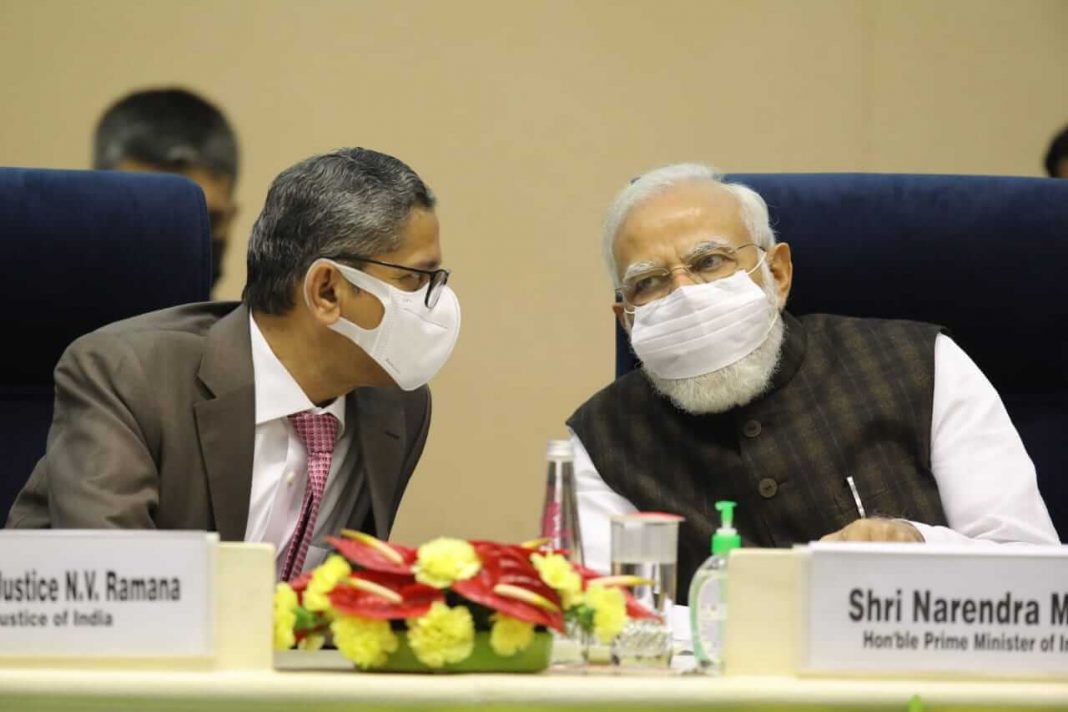 Prime Minister Narendra Modi on Friday said the real honour of the Constitution of India lies in the understanding of the problems of the crores of people without toilets, water and electricity and to make their lives easier.

He said it’s a reality that even after decades post-Independence, a large section of people in the country had to suffer exclusion. Crores of those people who didn’t even have a toilet at their house, who were living in the dark in the absence of electricity, who were without water.

The Prime Minister said, “Hundreds of years of dependence pushed India into several problems. The India that was once called a golden bird was suffering from poverty, starvation and diseases. In that background, the Constitution always helped us in taking forward the nation.”

While speaking of the challenges a developing country faces, PM Modi said, “Attempts are being made to shut the path and resources for developing nations through which developed nations reached where they are today. In the past decades, a web of different terminologies was spun for this. But the aim has always been one -to stop the progress of developing nations.”

Modi said the issue of the environment is being hijacked for this purpose. “We saw an example of this in the recent COP26 Summit. If we talk of absolute cumulative emissions, developed nations have caused 15% more emissions than India since 1850 to date,” he said.

In his address, Chief Justice of India Justice N.V. Ramana said all three organs of State must work in conjunction. “The Executive and the Legislature must work in conjunction with the Judiciary to ensure complete justice as envisaged under the Constitution. Any deviation by the Legislature or Executive from the path prescribed by the Constitution will only lead to additional burden on the Judiciary,” he said.

“The commitment made in the Preamble of the Constitution to secure social, economic, and political justice to all the citizens, imposes a sacred duty upon the State as a whole. The general perception is that securing justice is the responsibility of the Judiciary alone. This is not correct. To the contrary, it is all the three organs of the State which are responsible for upholding this commitment to secure justice. All the three organs are repositories of constitutional trust,”

“The Laxman Rekha drawn by the Constitution is sacrosanct. But, there are times when Courts are compelled to pay attention to unresolved grievances, in the interest of justice. The intention behind such limited judicial interventions is to nudge the Executive, and not to usurp its role,” he said.

Justice Ramana lamented the increasing attacks on judges. Calling it an area of grave concern for the judiciary he said that not only physical attacks on judicial officers are on the rise but also there are attacks on the judiciary in the media, particularly social media. He said: “These attacks appear to be sponsored and synchronised.” He urged the law enforcing agencies, particularly the Central agencies to deal with such attacks effectively.

CJI Ramana emphasised on the issue of protracted litigations and pendency of cases, especially at the lower judiciary. Calling the situation alarming, he said: “The situation is agitating the minds of the citizenry and there is a need for multi-pronged approach involving all the stakeholders to deal with this menace.”

Touching upon the distance between the common man and the judiciary, Justice Ramana said, “My experience as a legal professional in different roles is what prompted me to call for “Indianisation of the Judiciary”… The judicial system, as it exists in our country today, is essentially still colonial in nature. It takes no account of the social realities or the local conditions. The procedures followed, the language of arguments and judgments, and the high costs involved are all contributing to alienate the common man from the judicial system. People should feel confident in approaching the Courts… There is, therefore, a pressing need to simplify the entire process by removing avoidable procedural barriers and ensuring greater use of the local language.”

In his speech, Union Law Minister Kiren Rijiju said that the law ministry has begun online classes on the Constitution to make citizens aware of their rights and duties. Time has come for citizens to give importance to their fundamental duties as fundamental rights have always been ensured, the law minister said.

Attorney General K.K. Venugopal emphasised on the Government and the Judiciary working together to uphold the fundamental rights of citizens. The Attorney General said the continuance of the present system of dispensing justice is more a violation of litigants’ right to speedy justice. Such a system cannot be allowed to continue, he said.

He said that there is the need to relieve the Supreme Court of the enormous workload. “Time has come to establish courts of appeals in four regions of the country between High Courts and the Supreme Court. Courts of Appeals to hear petitions challenging HC judgments and that decision will be final,” he said.

He said that with the Supreme Court hearing appeals against every high court decision, the apex court cannot call itself a constitutional court as it mostly does not decide constitutional issues.