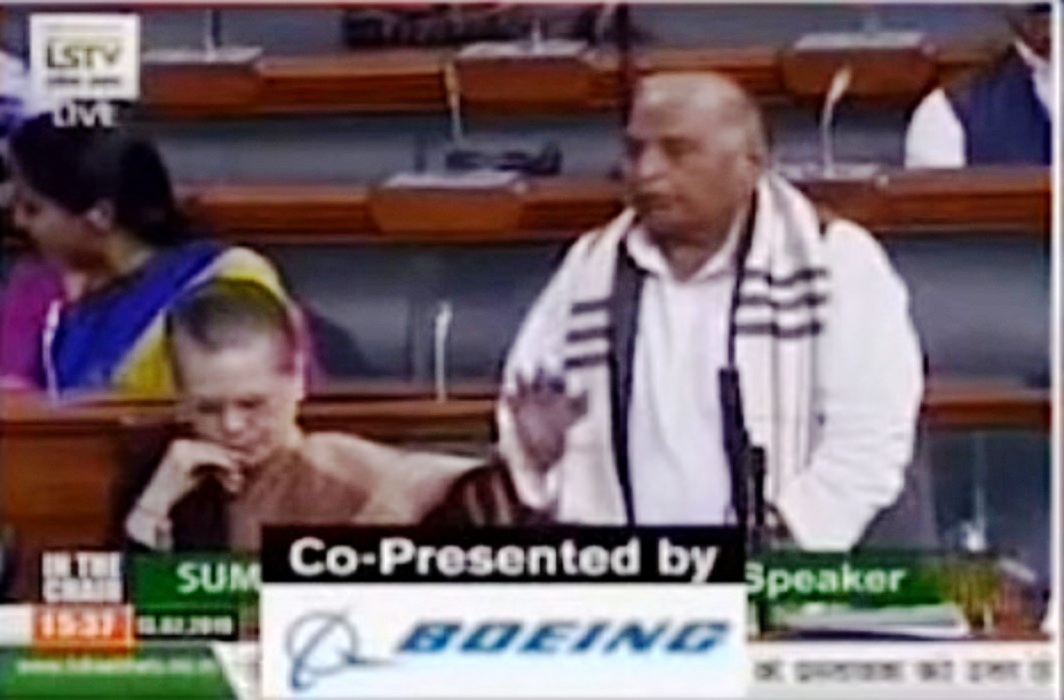 Now You see it now you don’t

The fake-it-till-you-make-it façade of Opposition unity was left in tatters on February 13, the last day of the Budget session and Parliament’s last sitting before Narendra Modi seeks a fresh mandate.

Samajwadi Party patriarch Mulayam Singh Yadav, seated next to UPA chairperson Sonia Gandhi in the Lok Sabha, left the Opposition ranks rattled and the BJP all smiles by voicing his hope that Modi returns as prime minister. In the Central Hall, the garrulous West Bengal chief minister, Mamata Banerjee, left Sonia Gandhi stunned with her “we’ll not forget this” remark, signalling her anger against the Congress’s top man in Bengal, Adhir Ranjan Chowdhury, for his frontal attack against her and the Trinamool Congress for alleged involvement in the Saradha chit fund scam.

The comments by Yadav and Banerjee coincided with the rally hosted by the Aam Aadmi Party to project a supposedly united Opposition committed to ousting the Modi government in the upcoming Lok Sabha polls.

Later in the day, when asked about his remark, Mulayam seemed to have an amnesia moment, claiming, “I don’t think I said this.” Banerjee, too, told reporters that she was committed to fighting alongside the Congress, and even her arch enemy, the Left, to oust the BJP from power. But by then, the BJP’s spin doctors had already projected a fading mirage of the Opposition unity and the media had lost interest in the clarification.

With Mamata Banerjee, Mulayam Singh Yadav and Mayawati blowing hot and cold against the Congress party, NCP chief and proven master of power politics Sharad Pawar is back in the saddle as the principal architect of a grand Opposition alliance. Over the past few months, Pawar seemed to have taken a back seat to let N Chandrababu Naidu make similar efforts.

Naidu’s recent United Opposition rally was a roaring success. But indications from the Congress camp of breaking its alliance with the TDP, months after the coalition came a cropper in the Telangana polls, have triggered doubts on whether the Andhra CM has the political dexterity and stature to deliver a Mahagathbandhan.

Pawar hosted a dinner for leaders of all Opposition parties at his residence on February 13 and achieved the rare feat of getting Congress President Rahul Gandhi and AAP chief Arvind Kejriwal together to discuss an alliance.

A senior Opposition leader present at the rally revealed that Pawar managed to convince all present that a pre-poll alliance was the only way to halt a repeat of the 2014 Lok Sabha poll results and even succeeded in getting Kejriwal and Rahul to discuss the possibility of an AAP-Congress alliance in Delhi with the Grand Old Party as a minor partner.

The wily politician that the Maratha strongman is, he had also hosted a bipartisan dinner days before the February 14 one, which, aside from Opposition leaders, also had BJP leaders like Nitin Gadkari in attendance. Those who know Pawar well believe that the NCP chief is simultaneously positioning himself for the prime minister’s post, irrespective of which front comes to power in May.

The centre deliberately delayed the meeting of the selection committee to choose the CBI director by one day to ensure that Rina Mitra, the Madhya Pradesh-cadre,1983-batch IPS officer, doesn’t get the top job. Earlier this week, she was appointed by West Bengal Chief Minister Mamata Banerjee as principal adviser on internal security. This has triggered whispers in Writers’ Building in Kolkata about the exact duties of the new office. A senior IPS officer was quoted as saying, “A post of state security adviser has already been created. As SSA, former DGP Surajit Kar Purkayastha is enjoying sweeping authority over security and law enforcement agencies. Traditionally, these were responsibilities of the home secretary and the DGP,” while all Mitra could say was: “I’m yet to receive the order. So, I’m not aware of the responsibilities yet. But I think it’ll be related to internal security. Once I receive the order, I’ll take over the responsibilities within the next few days.” Mitra was the only woman among the 11 officers who had been shortlisted for the top job in the CBI. That Mamata lost no time in appointing her to a newly created sensitive job obviously means that the Iron Lady of Kolkata will lose no opportunity to spite the prime minister.

It seems the decks have already been cleared for Mukesh Ambani’s Reliance Jio to take over Anil Ambani’s Reliance Communications (RCom) following the filing of bankruptcy proceedings by RCom before the National Company Law Tribunal to seek a fast resolution on paying back its lenders. Once accepted, the company is likely to be up for auction according to established procedure.

In the current scenario, only two mobile operators are in the race—Mukesh Ambani’s Reliance Jio and Bharti Airtel. However, international agency Moody’s Investors Service has, it seems in the nick of time, downgraded the credit rating of Bharti. This could be an insurmountable hurdle in its claims for taking over RCom. But that’s not all. To make matters worse for Airtel, the government has tweaked the defaulting rules which originally disqualified any company whose relatives were officials of the defaulting company, from the bidding process. Mukesh Ambani can now gobble up his brother’s debt-ridden company. And this Rs 36,000-crore company could well sell for what amounts to peanuts. The guess is the company will be bought over by paying peanuts, anywhere between Rs 2,000-3,000 crore