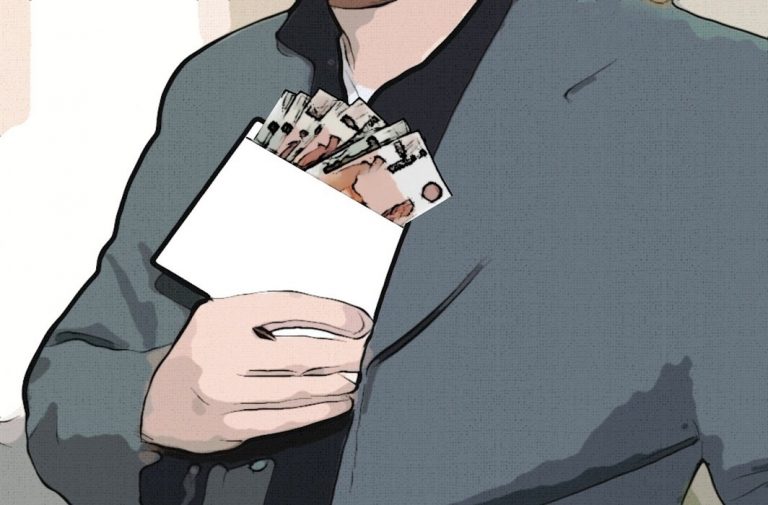 The credentials of a BJP “commission” to inquire into a bribery charge by journalists in Leh are suspect due to its own leaders being involved, its prejudiced composition and for not taking the views of the complainants

The BJP’s brazen attempt to put a lid on the Leh media bribery scandal is likely to boomerang. The party’s “internal fact-finding commission” has, in a report submitted in June, absolved its four key J&K leaders of the charge of bribing media persons in Leh district to buy their support for the parliamentary polls. This is an act of condoning and perhaps would have been ignored as a natural corollary to an intra-party exercise. Nothing of the sort happened as the report is shrill and accusatory, raising the hackles of the complainant media fraternity and the Congress party.

The “commission”, headed by 80-year-old former High Court judge Justice GD Sharma, has shifted the blame on the complainants: “It is a case of a well-planned political conspiracy as a result of afterthought, to malign and defame in public the reputation of the accused persons and the political party to which they belonged.” The “commission” with SS Bijral, a retired IPS officer, and Dr Pallav Sharma, doctor-son of Justice Sharma, as other members, was appointed at the behest of BJP party chief Amit Shah before he took over as Union home minister. It followed the registration of an FIR against J&K BJP chief Ravinder Raina, Pradesh general secretary Narinder Singh, MLC Vikram Randhawa and Leh district BJP president Dorjay Angchuk by the police for allegedly making cash payments to reporters at a press conference in Leh on May 2. Two days later, the media persons filed a complaint with the deputy commissioner, who was district returning officer of the Ladakh parliamentary constituency—a delay which the “commission” described as “unexplained” and hence “fatal in every type of judicial proceeding”. Fishing in troubled waters, Rigzin Spalbar, a Congress leader who contested and lost the Ladakh Lok Sabha polls, too filed a complaint on the same date.

The police registered an FIR against the BJP leaders after the chief judicial magistrate (CJM) of Leh gave a go-ahead to the station house officer of the local police station on an application filed by him “to investigate into the matter under law”. In his order of May 8, the CJM noted: “District Election Officer, Leh, through Additional District Magistrate, Leh, conducted an inquiry into the matter.” The inquiry “brought the matter of violation of Model Code of Conduct and provisions of the Representation of the Peoples Act as well as RPC, to the knowledge of SSP, Leh, for action under law. The SSP, Leh, directed SHO Police Station, Leh, for further necessary action under law.” The CJM remarked: “Perusal and consideration of the material on record reveals prima facie commission of non-cognizable offences punishable under Section 171E and 171F RPC warranting investigation.” (RPC, incidentally, means the Ranbir Penal Code, the main criminal law governing J&K, and its Section 171E provides for punishment for bribery, while Section 171F punishment for undue influence or personation at an election).

The additional district magistrate’s (ADM) inquiry, based mainly on the CCTV footage of the press conference, came up with the following findings: “(i) A BJP leader was found handing over envelopes to four journalists. Another leader was found accompanying him; (ii) At first instance those journalists accepted the packets. However, after opening the packet, one journalist immediately returned it to BJP leaders; (iii) The CCTV footage also showed several BJP leaders, including BJP state president, J&K, standing and watching the incident.” The inquiry had gone on to observe: “1. On examining, those envelopes were handed over to Sh Vikram Randhawa in presence of Sh Narinder Singh and Sh Dorje Angchuk; 2. After examining the CCTV footage and based on the complaint prima facie, it appears that the envelopes contained some sort of inducement/allurement with a purpose to influence the journalists. The above action on the part of these leaders amount to a gross violation of the Model Code of Conduct.”

The BJP’s “commission” has described the ADM’s report a “false and fabricated story” based on two CCTV cameras. Its conclusion instead is: “The ocular evidence produced before us has completely defaced the improved allegation that the envelopes contained cash money. The witnesses on the contrary have satisfactorily explained that envelopes contained copies of pamphlet offered to the media persons and particularly to the members of the Press Club Leh as a mark of respect to honour and invite them for taking part in the proposed rally to be held on 04-05-2019 at Play Ground (Polo Ground) Leh. These media persons, four in number, from the Press Club Leh immediately there and then returned the envelopes to Sh Vikram Randhawa (MLC) who had offered them. Members of the Press Club Leh offered explanation that they are in the know of the programme of the public rally and those envelopes containing the pamphlets could be put to use by giving them to some other deserving persons.”

The irony is that the witnesses on whose testimony the “commission” has based its inference are actually the BJP leaders named in the FIR. Expectedly, the accused have given themselves a clean chit and their party panel has simply endorsed their version. This is not the only serious lacunae in the eight-page document exposing its totally biased nature. It is flawed on several other counts as well: (1) it ignores the principle of natural justice because of its prejudiced composition and approach; (b) it does not take into account the views of the complainant journalists which have been widely publicised even though they boycotted its proceedings, doubting its neutrality, a stand which they now feel has been vindicated; and (c) just because the cash contained in envelopes is not visible in CCTV footage, it can’t lead to the conclusion that there must be publicity material in them and that too on the basis of the version of the people who allegedly gave them.

In reply to a written query as to how the accused alone could be relied on for corroborating the denial of evidence against them, Justice Sharma told India Legal in a telephone talk from Jammu: “It is purely a case of internal inquiry. Investigation in the FIR can go on. The statement of the accused is always recorded during investigation and even during pendency of trial in a court. They are given chance of defence.”

Fears have arisen that the report may actually be a pressure tactic to derail or influence the probe with the BJP in power at the centre and calling the shots in J&K under President’s Rule. Congress leaders KK Pangotra and Shah Mohammad Choudhary, both advocates, wonder how a panel appointed by a political party whose own leaders are accused of being involved in the matter can comment on the merits of a case being investigated by a government agency. According to them, “this is a clear attempt to influence the investigation and derail the course of law…The least that the BJP can do is to allow the law to take its own course uninfluenced and uninterrupted”.

“It is a lie that there were pamphlets in envelopes for the May 4 rally addressed, among others, by Union Minister Nirmala Sitharaman. I was given the packet by Vikram Randhawa. He asked me not to open it as he said it was a token of love. I became suspicious. The envelope was too heavy. On opening it there and then, I found lots of Rs 500 notes in it and immediately returned the packet to him,” recalls Rinchen Angmo, president of the Ladakh Journalists’ Union and a founder of the Leh Press Club, to India Legal. She was the first to be given the packet. She denies that there was a delay on their part to report the episode: “We were taken aback. It was for the first time that such a thing had happened to us in Leh. We are supposed to be the watchdogs of society and here was an attempt to corrupt us. We held discussions among ourselves on March 3 and 4 and decided to take the matter to its logical conclusion.”

Tsewang Rigzin, general secretary of the Leh Press Club, maintains that they will present themselves before the court of law as and when asked to do and “we have nothing to do with a commission constituted by the party which itself is accused in the case….BJP constituting an internal fact-finding commission and giving clean chits to its accused leaders is nothing but another tactic to befool and mislead the public”. Rigzin is being specifically targeted by the J&K BJP chief because of his Congress antecedents for “hatching a political conspiracy” against them. Rigzin is not with any political party at the moment; he is actually closer to recent Ramon Magsaysay award winner and innovator Sonam Wangchuk who had taken him along when invited to Amitabh Bachchan’s popular KBC programme last year.

Clearly, the last word has not been heard on this matter. Press Club President Morup Stanzin asserts: “We shall be calling on concerned authorities soon to speed up the investigation and legal process. We stand by our original complaint. It is fashionable for political parties, be it the BJP or the Congress, to blame journalists whenever the media exposes their wrongdoings. Being responsible citizens and staying true to our profession we have done our job to uncover the wrong things and let our society know that no political party or individual should dare to bribe any journalist.”