Why did the resignation of Congress legislators in Karnataka require the intervention of the Supreme Court? The apex court’s judgment favours the rebels and, with the governor stepping in, questions arise about the separation of powers among the Legislature, the Executive and the Judiciary

The Karnataka Assembly was overwhelmed by a quick succession of events recently. First came the piecemeal resignations of 15 MLAs to the Speaker, which was followed by a vociferous demand for their disqualification. Chief Minister HD Kumaraswamy, undeterred by these developments, said that he would prove his majority on the floor of the House. Simultaneously, there was a demand from the Opposition that the chief minister seek a vote of confidence. In due course, the matter relating to the resignations and disqualification of legislators landed at the doorstep of the Supreme Court.

What is so special about the resignation of the legislators that it required the intervention of the Supreme Court? After all, it was somewhat inconsistent with the doctrine of separation of powers among the Legislature, the Judiciary and the Executive.

This conundrum goes back to the 2018 assembly elections in Karnataka when the BJP emerged as the single largest party with 104 MLAs, but fell short of a majority in the 224-seat House. The other two major parties—the Congress (78 MLAs) and the Janata Dal (Secular) (37 MLAs)—then joined hands to form the government. This spelt disappointment for the majority party, which had initially staked an unsuccessful claim to form the government in the state.

Cutting back to the present, the saga started unfolding in early July. Over July 1-10, 15 MLAs belonging to the ruling coalition, ostensibly submitted their resignations to the Speaker. In the meanwhile, the Congress petitioned him seeking disqualification of its MLAs for defection under the Tenth Schedule of the Constitution. Some of the resignation letters filed were reportedly not in order.

While the Speaker was mulling the claims and counter-claims and verifying the authenticity of the resignation letters, 10 of the rebel MLAs filed an application before the Supreme Court seeking a direction to the Speaker to take an expeditious decision on their requests for resignation. The Speaker too approached the Supreme Court and argued that he could not be directed to take a decision on the resignation letters immediately as he had to verify them and that disqualification petitions against the same MLAs were also pending.

The Supreme Court in its interim order on July 11 directed the MLAs to appear before the Speaker by 6 pm that day to complete the formalities. It also directed the Speaker to take a decision on the resignations “forthwith or in the course of the remaining part of the day”. The case was adjourned to July 12. All the rebel MLAs, pursuant to the Supreme Court’s direction, met the Speaker and tendered their resignations in person. The Speaker, however, was of the view that the decision on the resignation letters required verification in order to ascertain whether they were “genuine and voluntary”. On July 12, the Court adjourned the case till July 16 and stayed any action by the Speaker.

Around the same time, Kumaraswamy announced that he would seek a trust vote in the assembly. There was a counter demand from the BJP that the government should prove its majority on the floor of the House. Finally, the vote of confidence was scheduled for July 18.

There are several issues here—the decision on the resignation letters of the rebel MLAs, disqualification under the Tenth Schedule and the vote of no-confidence/confidence. There is also the role of the Speaker and whether the Court can give directions to him in this regard.

Article 190 of the Constitution provides that an MLA may resign by writing to the Speaker or the Chairman, as the case may be. In making his decision, the Speaker/Chairman may make such enquiries as he thinks fit. He shall accept the resignation if he is satisfied that it is voluntary and genuine.

High Courts in their decisions in Thankamma vs The Hon’ble Speaker, Legislative Assembly, Travancore-Cochin State and Anr and Surat Singh Yadav vs. Sudama Prasad Goswami and Anr have amply clarified that it is up to the Speaker to enquire whether the letter was actually sent by the member concerned and whether the resignation is voluntary. Further, in a writ petition filed for non-acceptance of the resignation of Amitabh Bachchan from the Allahabad seat, the High Court there said that a resignation contemplated under Article 101 (3)(b) of the Constitution is a matter between the Member of Parliament and the Speaker. It is absolutely the prerogative of the Speaker.

In the case of some MLAs resigning from the Karnataka assembly, the Speaker, KR Ramesh Kumar, in his application to the Supreme Court, raised the following two issues—can the apex court fix a deadline for him to decide on the resignations and is the Speaker constitutionally obligated to decide the question of disqualification of the legislators before taking a call on the resignation letters. He further averred that, being a constitutional functionary, he cannot be directed to first decide on the resignations of the MLAs and thereafter on the pending disqualification applications.

The rebel MLAs, on the other hand, were of the view that acceptance of their letters of resignation was a simple matter, particularly when they had submitted them in person to the Speaker.

The matters relating to disqualification of the members added another dimension to the issue of resignations. The ruling coalition had issued a whip to their members to attend the assembly which was summoned to meet on July 12. Further, when the motion of confidence is taken up in the Assembly, there may be a further whip to vote in its favour. In case the rebel MLAs abstain from or vote against the motion, they would be liable to incur disqualification in terms of the Tenth Schedule of the Constitution.

Taking a decision on disqualification is a time-consuming process as it entails conducting an inquiry, recording evidence and passing a speaking order, which is open to judicial scrutiny. There are instances when the matters could not be disposed of for several years.

If, therefore, the applications relating to disqualification of the rebel MLAs are taken up first, they shall continue to be members of the ruling coalition and will be ineligible to become ministers till such time as their cases are decided; and then too, only after they get elected again in the event of their incurring disqualification.

Article 164 (1B), inter alia, provides that if a member of a legislative assembly is disqualified under the Tenth Schedule, he shall also be disqualified to be appointed a minister till the date on which he is declared elected or till the date on which the term of his office as a member expires. On the other hand, if their resignations are accepted, the matter relating to their disqualification will abate, and they can be appointed as ministers straightaway, without having to get elected immediately as the law allows a person to be sworn in as a minister and provides six months for the person to get elected to either House of the legislature (Article 164 (4)).

On July 17, a three-member bench of the Supreme Court, headed by Chief Justice Ranjan Gogoi, found a laudable solution to the conundrum. In its verdict, it stated: “Discretion of the Speaker should not be fettered by any direction from the court….The Speaker is free to decide according to rules….The Karnataka Speaker cannot be forced to take a decision within a time frame.”

The Court, thus, gave complete authority to the Speaker to decide upon the resignations of the rebel MLAs and decide the matter as he deemed fit.

Simultaneously, the apex court dismissed the party whip issued by the Congress and JD(S) whereby all MLAs were asked to attend the proceedings in the Karnataka assembly on July 18, saying that “MLAs cannot be compelled to participate in the proceedings of the house”. The bench said that there are rival claims on the issue of resignation and disqualification of MLAs and that it was “imperative to maintain constitutional balance”. BS Yeddyurappa resigned in 2018 when asked to take the floor test after having been sworn in as the chief minister by virtue of being the leader of the single largest party in the assembly.

There is a lone voice that asks: “What is the role of the electorate in such imbroglios?” Should not the resignation of a people’s representative require the leave of the electorate? In Panna Lal Agyan and Ors v. Hon’ble Speaker, Shri Balram Jakhar and Ors the question was answered in the negative. Members of Parliament/state legislatures can resign their membership as and when they desire to do so. It is a personal matter of the concerned member and he can do so without taking the leave of the electorate. Even the ethics or morality of resignation is not a matter to be enquired into.

Is there a need to revisit this verdict? 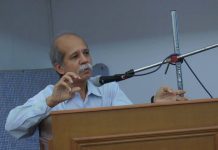