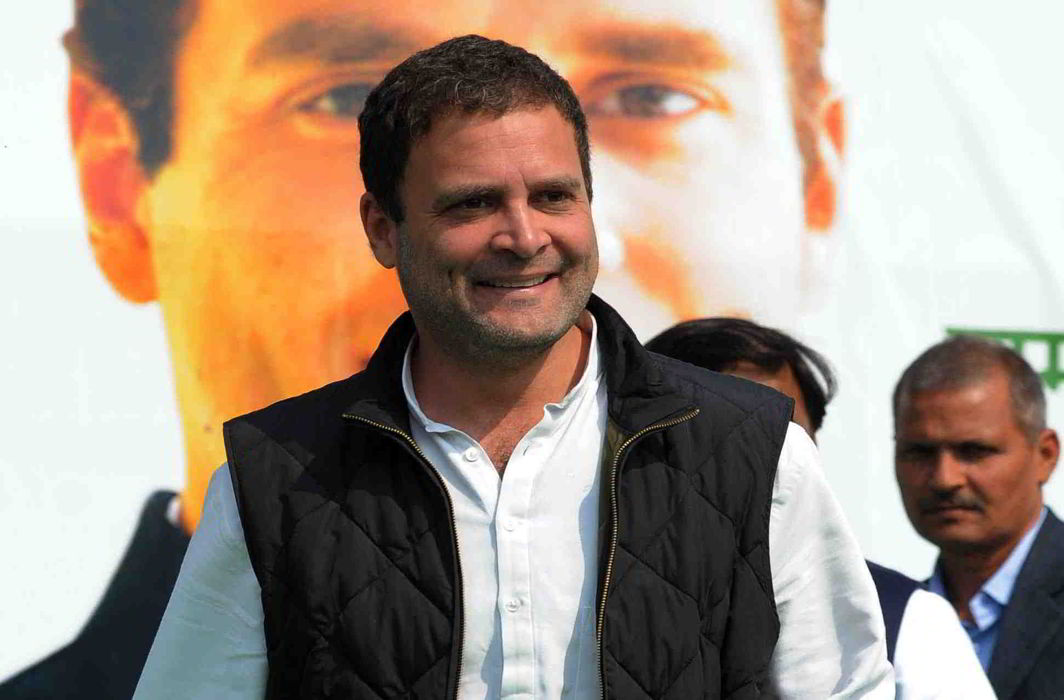 Two days ahead of a widely-projected defeat in the Gujarat and Himachal Pradesh assembly polls, Rahul Gandhi was, on Saturday (December 15), formally elevated to the post of Congress president at an austere function organised at the party headquarters, 24, Akbar Road.

The Nehru-Gandhi scion, who takes over the role from his mother Sonia Gandhi, showed political observers, his rivals and party colleagues that the pointed attacks he made against Prime Minister Narendra Modi and the BJP while campaigning in Gujarat and Himachal Pradesh will only get shriller in the times to come.

In his maiden address as the Congress president – a position he said he was accepting with “deepest humility” – Rahul hit out at Prime Minister Narendra Modi and the BJP even as he reached out to his partymen and common citizens alike by asserting that he and his party will speak for those “who cannot fight alone”.

In a full-blown attack directed at Modi – who he will now possibly face off against in the 2019 prime ministerial race – Rahul said: “Congress took India to the 21st century, but the Prime Minister today is taking us back to the medieval times. We are now being compelled to imagine that businesses can be built without harmony; that only one man himself is the voice of reason; and that expertise, experience and knowledge can be cast aside for personal glory.”

Speaking after his mother, Sonia Gandhi, gave her final speech as Congress president and outlined the many challenges that the party is presently facing, Rahul made a scathing attack against the BJP while stating that though people from the saffron party were “our brothers and sisters, we do not agree with them”.

With his party and himself having been subjected to vitriolic and often abusive attacks from the BJP leadership and cadres, Rahul emphasised that while the BJP “crushes voices… we allow them to speak”, and then said that the difference between the Congress and its principal political rival is that “they (BJP) break the country while we unite it, they burn the country while we douse the flames”.

Indicating that the Congress under him would be an amalgamation of youth and experience, the 47-year-old Nehru-Gandhi scion and MP from Amethi said: “We are going to make Congress a Grand old and young party” while asserting that the 131-year-old party will continue to “fight the politics of anger with love.”

“People are being killed for they eat or believe. You have an example in front of you. Once a fire breaks out it is difficult to douse it; that is what we are telling the people of BJP – if you set the nation on fire it will be difficult to control (sic),” Rahul said as he criticised the BJP for spreading “the fire of violence across the country.”