The Election Commission has performed the task of conducting past elections in a by and large non-partisan manner, but the same cannot be said of the 2019 Lok Sabha elections. A critical look

The meandering seven-stage process of the 17th Lok Sabha elections lasting six weeks has drawn to a close. With 900 million voters, India’s election is heralded as the “greatest show on earth”, because of its massive scale, size and diversity. “Show” means game and India’s elections are indeed super-mega events, even exceeding the scale of the Summer Olympics and World Cup football.

How do we evaluate such a humongous event? Here, Grantland Rice’s famous quote comes to mind: “For when the One Great Scorer comes to score against your name, He writes—not that you won or lost—but HOW you played the Game.”

The game was played by the political parties seeking to capture power by hook or by crook. And the umpire was the Election Commission of India (ECI). How the game of Election-2019 was played and how it was umpired became a subject of intense debate all over the country.

Though the game (electoral process) had laws, rules, regulations and codes, political parties that played the game had none. So, for them, and especially for the ruling party, it was a free-for-all with all kind of abuses and violations. Therefore, the Herculean task of enforcing rules and regulations so as to ensure free and fair elections fell on the shoulders of the umpire, which is a creature under Article 324 of the Constitution.

How did the umpire function during this election? There are six distinct activities in an election—ensuring electoral rolls don’t leave out one eligible voter; the nomination process; campaigning in accordance with the laws, rules and codes; actual polling; safe storage of the EVM-VVPATs; counting; and declaration of results. All these are challenging tasks which successive ECIs have been performing under huge stress, but by and large in a non-partisan manner. The same cannot be said about this election. Let us critically look at each of these:

But the worst was the alleged deletion of the names of around 40,000 Christian voters from 42 coastal villages in Kanyakumari parliamentary constituency just before the polling day. A local sub-collector level desk inquiry was done and it was found that about 10,000 voters were deleted. This was a number that could decide the outcome in the event of a tight race. Yet the ECI ignored it as if nothing had happened.

Since this amounted to disenfranchisement of the minority community, civil society got together and sent a memorandum to the ECI demanding an immediate formal inquiry by involving the aggrieved citizens who had been denied the right to vote. The possibility of deletion being the outcome of a pre-meditated conspiracy was also mentioned in the memorandum. Yet the ECI did not budge as if deliberate disenfranchisement of thousands of Christian minority voters just did not matter.

Despite this timely cautioning, campaigning in this election descended to the lowest standards of discourse. Humans were classified as termites and sections of them have been threatened with expulsion from the country. Blatant appeals were made to divisive religious sentiments and politicians went so far as to warn voters of the consequences of not voting for them. The sacrifices by security forces were made to serve as election fodder. Vicious personal attacks were the order of the day and serial offenders from previous elections displayed their dubious talents freely. Equally galling has been the brazen promotion of a single personality through multiple media modes without any hint of embarrassment or concern for convention. We were also treated to the disgusting spectacle of a self-styled sadhvi denigrating the memory of a senior police officer who died in the Mumbai 26/11 attacks. And this woman became the flag-bearing MP candidate of the ruling party!

Even though the MCC has a moral rather than punitive force, Article 324 of the Constitution, backed by various Supreme Court rulings, gives the ECI plenipotentiary powers to enforce its writ in grey areas where the law is silent. But the ECI did nothing and instead went on issuing “clean chits” to the Narendra Modi and Amit Shah combine as if it is a self-washing laundry. The Election Commissioner—Ashok Lavasa—who dissented was isolated and virtually ostracised in the ECI!

Another area where the ECI failed is in reining in the abhorrent practice of political parties buying votes and people selling them. This is a clear violation of the Representation of the People Act and the MCC. Rule 16A of the MCC empowers the ECI to either suspend or withdraw the recognition of the political party violating this code after giving the party reasonable opportunity to show cause. Let alone taking such harsh action, the ECI did not even initiate normal legal measures against this deplorable practice despite deploying an army of general and expenditure observers, spending tax-payers’ money.

Incidents of security breaches were reported from Ghazipur, Chandauli, Jhansi, Mau in Uttar Pradesh, Saran in Bihar, Fatehabad in Haryana and Madurai in Tamil Nadu.

The ECI delayed its response but eventually said all matters were resolved. This did not convince many. Even a normally reticent former CEC SY Quraishi said that the ECI, instead of giving vague replies, should clearly state its findings in each case of complaint.

The ECI never realised that in the public domain “truth is not the truth, perception is the truth”. In any case elections are an exercise in democracy, not a display of technology. But, the ECI had no concern for the democracy principles in elections whatsoever.

As if part of a pre-set agenda and in utter disregard for voter confidence, the ECI has been consistently hostile to any cross-verification of electronic counting with manual counting of VVPAT slips.

The ECI’s EVM worship was so deep and despicable that the deputy election commissioner in charge of EVMs stated falsehoods and committed perjury in the Supreme Court. He even resisted its order to increase the VVPAT slip count from the dismal one booth per assembly constituency to a minuscule five. Even this, the ECI did not implement properly, i.e., verifying upfront before the main electronic counting to establish the integrity of the EVMs.

It outrightly rejected the fervent plea of 22 opposition parties in this respect. In essence, instead of upholding the integrity of the electoral process, the ECI severely damaged it. It is a typical case of the “fence eating the crops”. 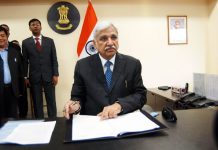 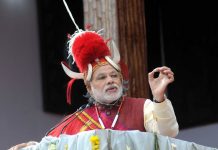 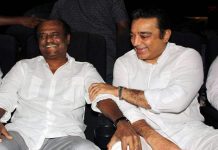 What Do the Stars Foretell?