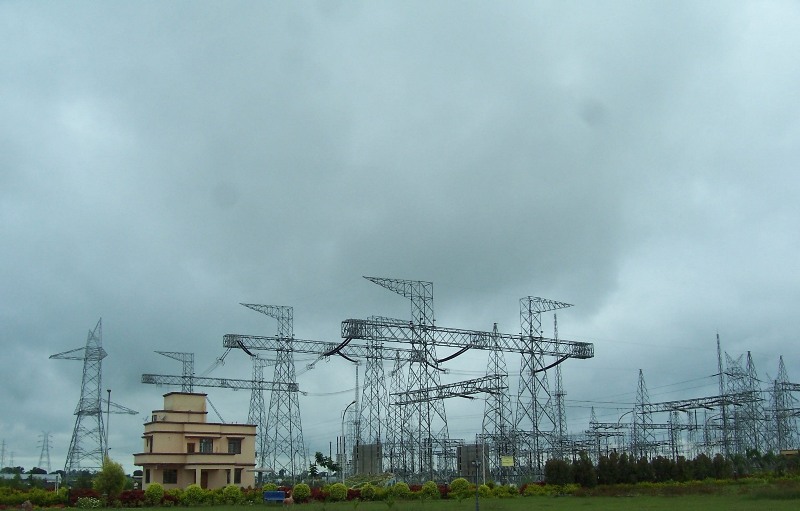 The last two months have seen governments across the world imposing some of the most stringent measures to contain the rise and spread of COVID, arguably for its sheer spread, the worst calamity to hit mankind ever. Many countries, among them India, have imposed lockdowns, varying from a fortnight to a month. Experts say the impact of the lockdown on India to be approximately $120 billion or 4 percent of GDP and will spare no sector. The pandemic has affected the different spheres of life – economic, financial, political, educational, travel and tourism, aviation, most of all the health of citizens and the healthcare resources of the country.

One important concern that binds all sectors amidst this emergency is the question of force majeure clause and if it will excuse the parties, who are otherwise bound by a contract, from performing their obligations. This article will focus on the Indian law on force majeure, it’s applicability in agreements in the power sector, and the current situation of Gencos and Discoms amidst the pandemic and the lockdown

The question that arises here is if the Indian law is well-equipped to deal with a situation like this, specially as the economic activities and commercial transactions world over have come to a standstill in the wake of COVID-19 pandemic.

Force Majeure and Indian Law:  “Force Majeure” is a standard clause present in most of the contracts, that if invoked, exempts a party to a contract from performing his obligations under that contract, because such performance has become impossible due to an event that the parties could not have foreseen and had not control over. Its generally added to   the contract to cover incidents

The Indian Contract Act does not expressly refer to the term ‘Force Majeure’, but the essence of the concept can be found in Section 32 and Section 52 of the Act.

Section 32 talks about “contingent contracts”, in which the performance of the contractual obligations is contingent on the happening or non-happening of an event. If the event becomes “impossible”, the contract becomes “void” under this Section.

Section 52 that deals with frustration of contract, states that   any act which was to be performed after the contract is made becomes unlawful or impossible to perform, and which the promisor could not prevent, then such an act which becomes impossible or unlawful will become void.

Therefore, applicability of both force majeure and frustration of contract require a supervening event which is not foreseeable and is not attributable to either party too. These sections also clarify that even if the force majeure clause is not expressly added in a contract, and if there happens an event which makes the contract’s performance impossible, then the doctrine of frustration will be applied.

Supreme Court in its landmark judgement Satyabrata Ghose v. Mugneeram Bangur & Co had covered the question of scope of section 56 and ‘force majeure’ clauses in a contract, and had held that held that the word “impossible” has not been used in the Section in the sense of physical or literal impossibility. To determine whether a force majeure event has occurred, it is not necessary that the performance of an act should literally become impossible, a mere impracticality of performance, from the point of view of the parties, and considering the object of the agreement, will also be covered.

The Court had also stated that:

“If the contract has an express or implied “force majeure” clause, then the situation will be analysed on the basis of that, and not through the application of principles under Section 56.”

The Apex Court in Industrial Finance Corporation of India Ltd. Vs. The Cannanore Spinning & Weaving Mills Ltd. and Ors. that

“It may be noticed here that the Statute itself has recognised the doctrine of frustration and encompassed within its ambit an exhaustive arena of force majeure under which non-performance stands excused by reason of an impediment beyond its control which could neither be foreseen at the time of entering into the contract nor can the effect of the supervening event could be avoided or overcome.”

“A contract is not frustrated merely because the circumstances in which it was made are altered. The courts have no general power to absolve a party from the performance of his part of the contract merely because its performance has become onerous on account of an unforeseen turn of events.”

A Division Bench of Supreme Court comprising of Justices P C Ghosh and R F Nariman in Energy Watchdog v CERC in, 2017, had held that, “If contract has an express or implied ‘force majeure’ clause, it will apply over the principles under Sec 56, and Force majeure clause will not apply if alternative modes of performances are available. The scope of ‘impossibility’ does not only refer to physical or literal impassivity but also to what is ‘impracticable’ and ‘useless’ from the point of view of the object and purpose of the parties.”

Effect of Lockdown in the Power Sector: The Discoms, normally maintain a payment assurance for all the power that they intend to procure from a power generator (Genco), to prevent build up of dues. When the nationwide lockdown was imposed on 24th March, trouble for the Power sector increased manifold. The demand of power in all the states came down by 20-30 %, along with blocking of their major source of income, the high end earning sources like railways, industrial and commercial consumers, etc. The electricity bill collections by Discoms witnessed a fall by 80% only in a few days, due to which the Discoms now are unable to make daily payments not only to generators but also debt servicing to banks and financial institutions. The inability of Discoms to not pay the power generators has also affected the coal payments and coal transport by railways.

Decision by Coal India (CIL) amidst Corona Outbreak: State Power Generation Companies (Gencos) are required to make payment for the monthly supplies of coal, but they have been defaulting in their payment to CIL due to the situation of lockdown in the country. Such default in payment has affected the cash flow of the coal companies and large accumulation of dues. Despite this situation, Coal India (CIL) is ensuring smooth supplies to these Gencos without any restrictions. Coal India (CIL) has also extended the time limit for payments for release of coal by road.

Order by the Union Ministry of Power : The Ministry of Power had received requests from power distribution companies and state governments for waiver of late payment surcharge (LPS) considering the  force majeure due to the lockdown restrictions, since the consumers of power distribution companies were unable to pay their dues, and this was going to affect the liquidity position of the DISCOMs, thereby reducing their ability to pay timely payments to power generation and transmission companies.

The Ministry of Power acknowledged the gravity of the situation and noted that extremely low receipts due to non-payment or delayed payments by consumers, might hinder the cash flow in the system.

The MoP then relaxed the payment security mechanism to give support to Discoms that are finding it difficult to collect payments for bills raised on consumers in light of the coronavirus lockdown.

Reduction of late payment fee by the Central Electricity Regulatory Commission: The Central Electricity Regulatory Commission (CERC), passed an order reducing the late payment surcharge that is imposed on power distribution companies (discoms) for delay in payment to power generators and transmission companies. The LPA has been lowered to 1 per cent per month from 1.5 per cent per month for 45 days till June 30. The order was passed in suo moto proceedings following directions from the Ministry of Power under section 107 of the Electricity Act, 2003. CERC has however provided relief only on late payment surcharge.

Discoms invoke force majeure to refuse payment to Gencos: Six state-run power distribution utilities (discoms), including Uttar Pradesh, Punjab, Haryana, Telangana, Madhya Pradesh, and Dadra and Nagar Haveli have invoked the force majeure clause for an indefinite period, and asked private sector gencos, with whom they have entered into power purchase agreements (PPA), to shut down and not expect any payment till further notice. All PPAs have two parts, one is fixed and the other is variable. A buyer may be absolved from payment of variable cost but payment of fixed charges is mandatory, unless and until the contract is scrapped altogether.

Stance of the power sector Gencos: According to the Gencos, state electricity distribution units cannot use force majeure to deny payment and default on their contractual obligations, and notices sent by Discoms invoking the force majeure clause is violative of the PPA.

According to the Association of Power Producers, these Discoms may have misinterpreted a press release issued by the ministry of power asking CERC to specify a reduced rate of late payment surcharge and grant Discoms a longer window for repayment, and was intended to absolve them of their obligations.

In response to such a notice by the Uttar Pradesh Power Corporation Limited (UPPCL) invoking force majeure clause stating that the pandemic affected its ability to perform its obligations under its power purchase agreements, the Solar Energy Corporation of India (SECI) has stated that the claim of ‘force majeure’ for its inability to pay is not valid. Explaining further, SECI said that the force majeure event that the Discom sought was not for the non-availability of power generation capacity but was for its inability to collect dues from its consumers, and that ground is not covered under their Power Sale Agreement. Therefore, the Discom in this situation can only ask for relief measures on account of the pandemic

Conclusion: The Department of Expenditure, Ministry of Finance on 19 February 2020 has issued an office memorandum stating that COVID-19 should be considered as a ‘natural calamity’ and force majeure may be invoked wherever considered appropriate, following due procedure. Force Majeure clauses however are to be interpreted strictly be terms of the contract. The Memorandum may therefore not apply to all the contracts. If force majeure can be invoked or not depends on the terms of the agreement, or if there is a force majeure clause present in the agreement in the first place.

However, in situations where COVID-19 is not specifically stated as a force majeure event or the contract itself does have not have an express force majeure clause, the party may claim relief on the grounds as provided under the Indian Contract law.

If this issue is not amicable resolved between the parties there is a huge possibility that the power sector in India, which is already in a troubled situation owing to the Covid-19 outbreak and a nationwide lockdown, will be embroiled in a new set of legal cases.

Did you find apk for android? You can find new Free Android Games and apps.
Share
Facebook
Twitter
Pinterest
WhatsApp
Previous articleTrapped and Far from Home
Next articleHome Delivery of FIRs against lockdown violators in UP amid COVID-19 Pandemic