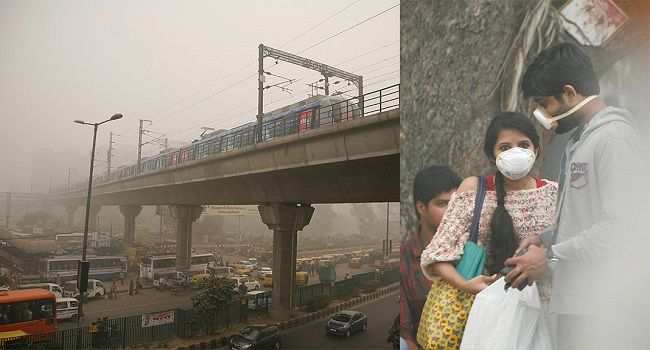 The Indian Meterological Department (IMD) on May 27 said that the prevailing heatwave conditions will start to ease in most parts of the country including Delhi and NCR soon, thanks due to the Western Disturbance and east west trough.

In a tweet, the IMD said “Under the influence of a Western Disturbance and an east-west trough in lower levels and likely occurrence of rain/thunderstorms from 28th-30th May, maximum temperatures over plains of north India likely to recede from 28th onwards.”

Kuldeep Srivastava, Head of IMD’s Regional Weather Forecasting Centre  was quoted saying that there will be a respite from the high temperatures from Thursday night (28 May) as western disturbance will affect northwest India and easterly winds will prevail in the lower levels.

According to Senior Scientist of the  India Meteorological Department (IMD), Naresh Kumar , Churu, which is also known as the gateway to the Thar Desert, recorded 50 degrees Celsius on Tuesday.

Heatwaves traditionally occur in India between March and June, sometimes extending upto July. In India, heatwaves are known to be the third biggest natural cause of deaths, having killed over 6,000 people since 2010.Experts say the actual number  could be higher because only the deaths due to heat-stroke and heat exhaustion are recorded and not dewaths due to organ failure, stroke aor cardiac attacts caused by excessive heat.

The National Disaster Management Authority (NDMA) provides Heat Wave safety tips which include drinking plenty of water, avoiding going outside in the sun, providing shelter, shade and water to animals.

Coming as it does as country and world are in the midst of grappling the pandemic, the NDMA has  also issued separate guidelines for frontline workers, asking them to remain hydrated and reduce working hours or avoid strenuous work during peak heat hours.The authority has urged people to wear masks all all time, despite the heat, and remain indoors as much as possible, and avoid going out during peak hours.